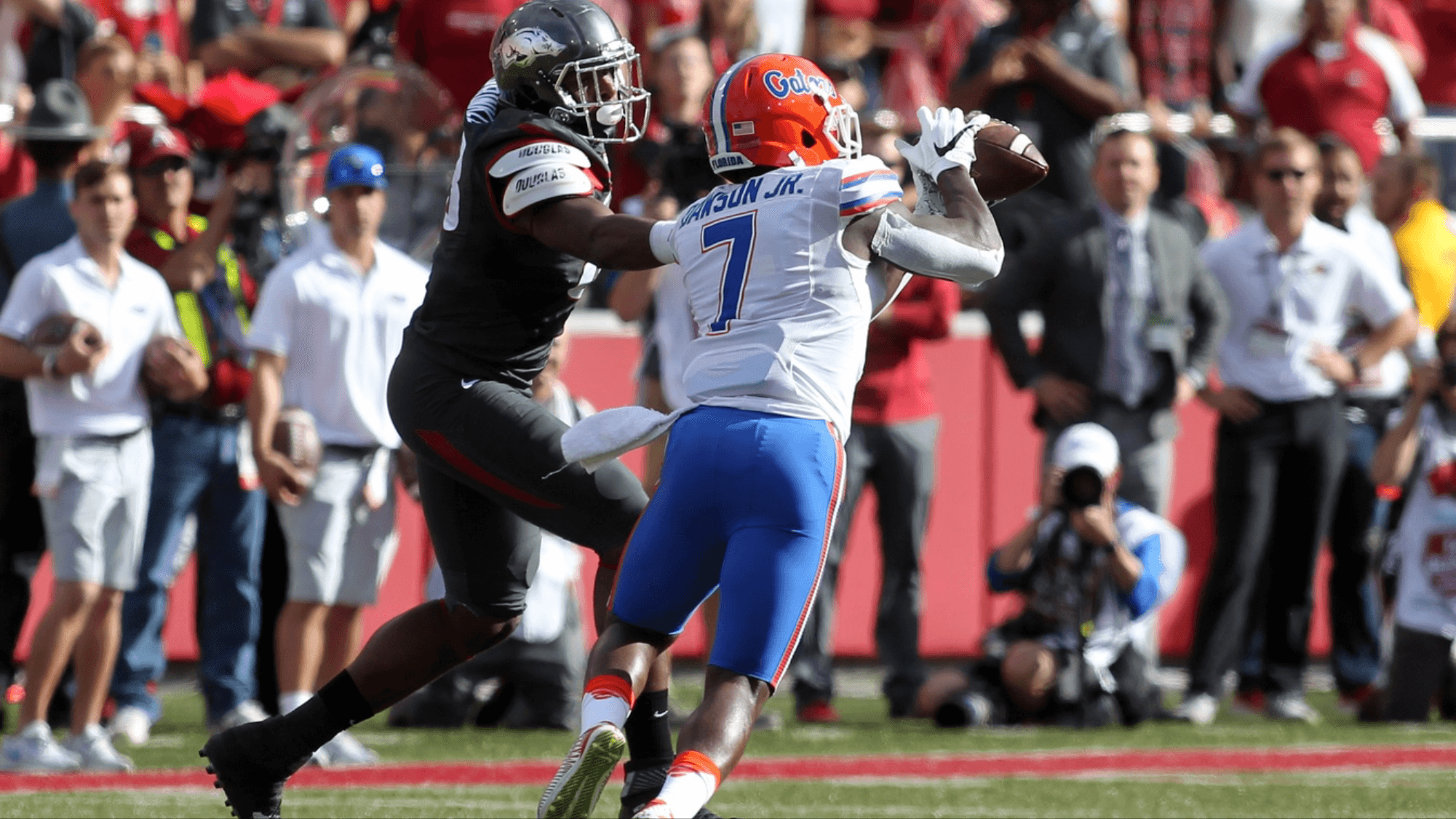 The weekly selections segment featuring Neil Blackmon and myself returns after a hiatus in 2016. Let’s get right to it:

NWB: Mizzou 65, Missouri State 13– I don’t know if Missouri is any better on defense than they were last year. We won’t know after this week either. What we do know is this is one of the best offenses in the SEC.

NS: Mizzou 49, Missouri State 28- this game may be closer than many expect, but the Tigers have too much firepower for their lower level in state cousins to match.

NWB: NC State 28, South Carolina 20- Think this Carolina team gets better all year and the loss of senior CB Mike Stevens hurts the Pack, but this is a really good DL and strong play at the QB position. They’ll seal it late.

NS: South Carolina 24, NC State 20- The irony of this game is that even though it’s played in the Wolfpack’s home state, there will probably be more Gamecocks than Pack fans in Charlotte. Jake Bentley’s now had a full offseason under his belt and guides SC to a season opening victory.

NWB: Kentucky 34, Southern Miss 24- Before Kentucky lost its left tackle Cole Mosier for the year, I thought this was a team that might make some noise in a wide open East. I don’t think that now, but they will win Saturday.

NS: Kentucky 30, Southern Miss 27 (OT)- Kentucky choked away a sizable lead last time they played USM. They’ve also gotten a lot better since then, and they’ll pull this one out on the road.

NS: Mississippi State 59, Charleston Southern 6- Dak Prescott has a huge game against an FCS opponent that Mississippi State paid to come and take a beating. Oh wait, Prescott’s in the NFL now. But you won’t be able to tell the difference.

NWB: Ole Miss 31, South Alabama 21- Going to be a tough year in Oxford. This will be a happier day.

NS: Mississippi 49, South Alabama 20- Second NWB’s thoughts on this being a tough year in Oxford, though I think they’ll have a slightly easier time in their opener than he does.

NWB: Auburn 31, Georgia Southern 10- Not as high on this Auburn team as most because I’m not really a Malzahn believer. But they’ll handle business behind the divine Kam Pettway’s running Saturday.

NS: Auburn 20, Georgia Southern 17- The laughing stops as soon as you watch one series of this triple option. The Eagles will come to play, but Gus Malzahn needs this season to go well for him and he’ll manage to avoid the ignominious loss in week one.

NWB: Georgia 28, Appalachian State 13- Kirby Smart has emphasized this game all summer, but it will be natural for the Dawgs to look ahead to next week’s showdown in South Bend. Close early, with too much Chubb and Michel late. Look for Jacob Eason to continue to struggle however as the Dawgs lack perimeter playmakers.

NS: Georgia 27, Appalachian State 3- The Bulldogs may not have the offense everybody expects them to if they can’t block, but their defense is going to be a problem for a lot of SEC teams, let alone App State. Georgia breaks open a defensive struggle late and turns it into a rout that looks more lopsided than it really was.

NWB: Vandy 24, Middle Tennessee State 20- Ralph Webb begins the final year of a marvelous career with a big performance and the Dores get a big in-state W.

NS: Vanderbilt 30, MTSU 10- Vandy’s not going to contend for the SEC East, but they should continue to take baby steps forward. Claiming the outright state championship would be a big step, and they can halfway achieve that here.

NWB: LSU 24, BYU 0- If you want to place an early bet on the SEC team with the most hype after week one- bet heavy on the Tigers, who will wear BYU’s salty defense out with Guice and hit some play action late. BYU is miserable offensively, and eventually, the dam breaks.

NS: LSU 21, BYU 3- Hey look, another home game for LSU that they didn’t deserve! BYU has a solid defense, but Derrius Guice will them out late and the Tigers’ defense will provide Tanner Mangum with a miserable evening.

NWB: Texas A & M 34, UCLA 27- Toughest call of the week for me, but history suggest Kevin Sumlin’s teams will play well in their opener. I respect UCLA’s big edge at QB. I’m surprised the oddmakers don’t respect A & M’s big edges at the other playmaking spots.

NS: UCLA 20, Texas A&M 14- This feels like make or break time for Kevin Sumlin, whose Aggies have lost five games each of the last three seasons. Traveling to the Rose Bowl will begin to cause the latter.

NWB: Georgia Tech 27, Tennessee 20- We don’t really know much about Tennessee on offense, and we know the loss of Kirkland is a massive blow as they ready for the flexbone. I think the Georgia state champs are 9 or 10 win good this year, and expect them to grab the W in Atlanta.

NS: Tennessee 30, Georgia Tech 20- Hey look, the Vols finally made it to Atlanta! Truth be told, Quinten Dormady is probably an upgrade for Tennessee at quarterback, and though Butch Jones will struggle mightily this year, he’ll give his fan base a false dose of hope in the opener.

NWB: Florida State 20, Alabama 16- Two of the top three programs in America face off week one? Thank you football lords! An early Derwin James pick sets the tone and the Noles get just enough downfield in the passing game to hold off the Tide in Atlanta.

NS: Alabama 41, FSU 17- An intense first half that’s every bit as exciting as the game was billed to be gets busted open late by Alabama’s running game. FSU also has major problems on its offensive line, and they’ll get abused in the trenches. It’s close for a half, but the Tide rolls late and turns it into a laugher.

NWB: Michigan 27, Florida 12- No Cally. No Scarlett. Redshirt frosh QB in his first start without his best weapons. No chance. Florida has already embarrassed itself this week and this month. This will make it worse.

NS: Michigan 24, Florida 10- Florida’s suspensions don’t hurt as much as they appear to: only two starters won’t be available, and the positions at which the suspensions came have viable backup options. The suspensions still do hurt, of course, and now the Gators lack depth. Michigan salts it away late (but please let us both be wrong).

NWB: Texas 30, Maryland 23- Tricky opener but expect Hook Em to be jacked up for game one of the Tom Herman era.

NS: Texas 31, Maryland 13- Sometimes, blowouts come when you least expect them to. Tom Herman’s team is going to be fired up for this one, and Maryland won’t have an answer.

NS: Louisville 59, Purdue 17- Purdue will put up a better fight than a typical opening game FCS opponent would, I guess? But neither can stop the well oiled machine Bobby Petrino has built.

NWB: West Virginia 38, Virginia Tech 28- Will Grier starts a new chapter with a game that immediately thrusts him into the September Heisman chatter.

NS: West Virginia 44, Virginia Tech 21- A highly touted pseudo-rivalry game under the lights in our nation’s capital (or just outside of it) will turn ugly late, thanks to the efforts of Will Grier. He’s waited a long time for this moment and he’ll enjoy a fruitful return to the gridiron.

NS: USC 38, WMU 13- Even without PJ Fleck, Western Michigan will put up a fight. They just won’t put up enough of one to stop trendy Heisman pick Sam Darnold.

NWB: UNC 51, Berkeley 24- I liked the Justin Wilcox hire a lot, actually, but I like the talent top to bottom in Fedora’s program much more.

NS: North Carolina 38, California 20- The Tar Heels may have lost a top NFL Draft pick at quarterback, but they’ve got more than enough firepower to handle the Golden Bears.