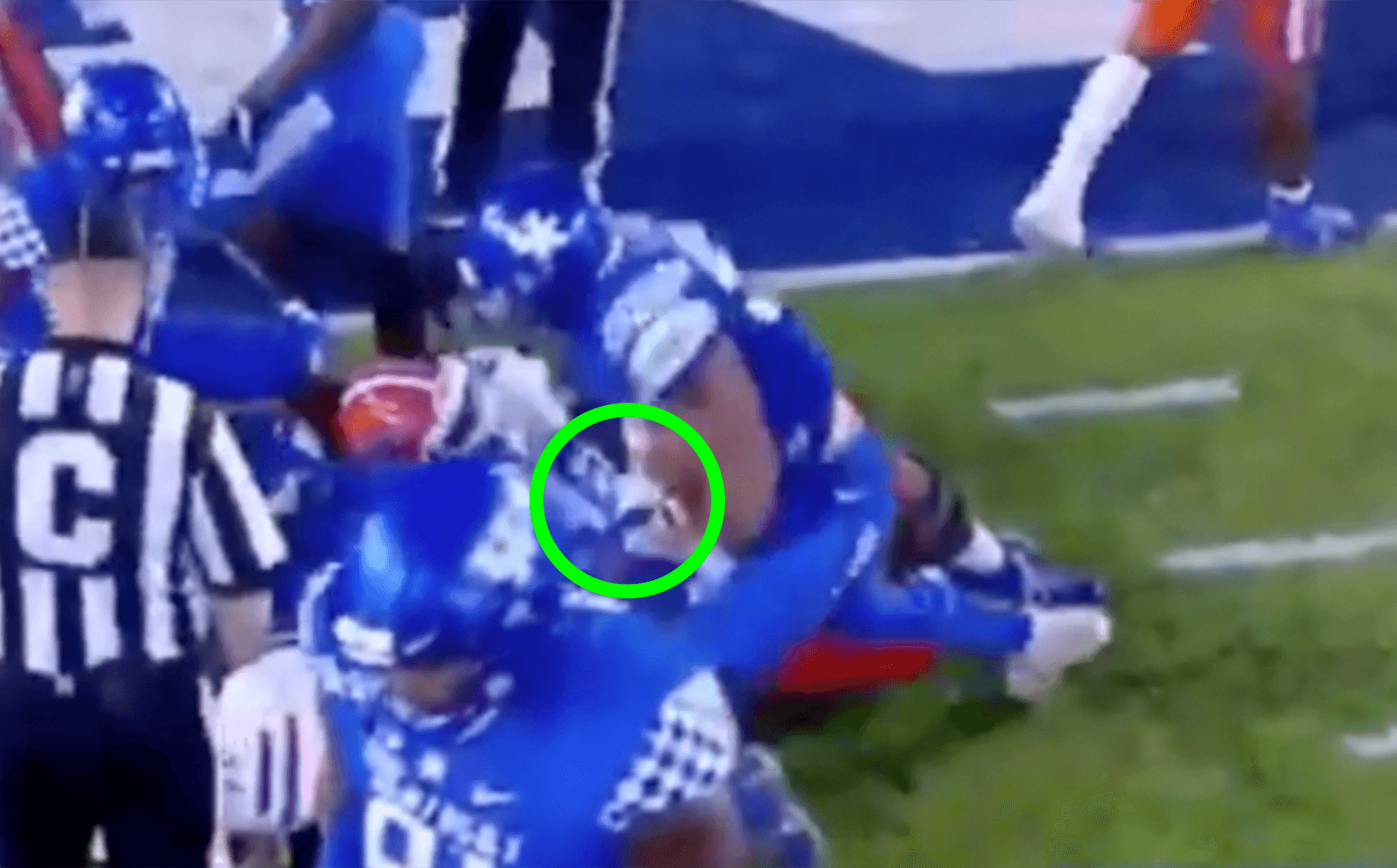 Anybody who has ever played football knows that it’s a violent and highly emotional game. Taunting, trash talking, and physicality are necessary components to the sport, always have been, and always will be. That’s just the way it is.

But there’s a fine line between that and intentionally trying to cause physical damage to an opponent after a play is over. And Kentucky linebacker Kash Daniel crossed that line on Saturday night with his dirty play against Florida QB Kyle Trask.

The Gators had just scored a touchdown to take a 22-21 lead over the Wildcats late in the fourth quarter. Dan Mullen elected to go for two with a quarterback draw, and it didn’t work; Trask was met by a sea of blue jerseys and didn’t get close. But Daniel, one of the players who tackled him, decided to take it a step further. See for yourself.

As terrible as this is on its own, it’s made all the worse by the fact that the Gators had just lost their starting quarterback Feleipe Franks to a dislocated ankle less than an hour earlier. The idea that Daniel would try to replicate that exact injury is pretty awful, and it should, if the NCAA or the SEC have a thimbleful of morality, trigger a multi-game suspension to send the message that doing something like this is not acceptable.

And Kash, you owe Kyle Trask an apology.