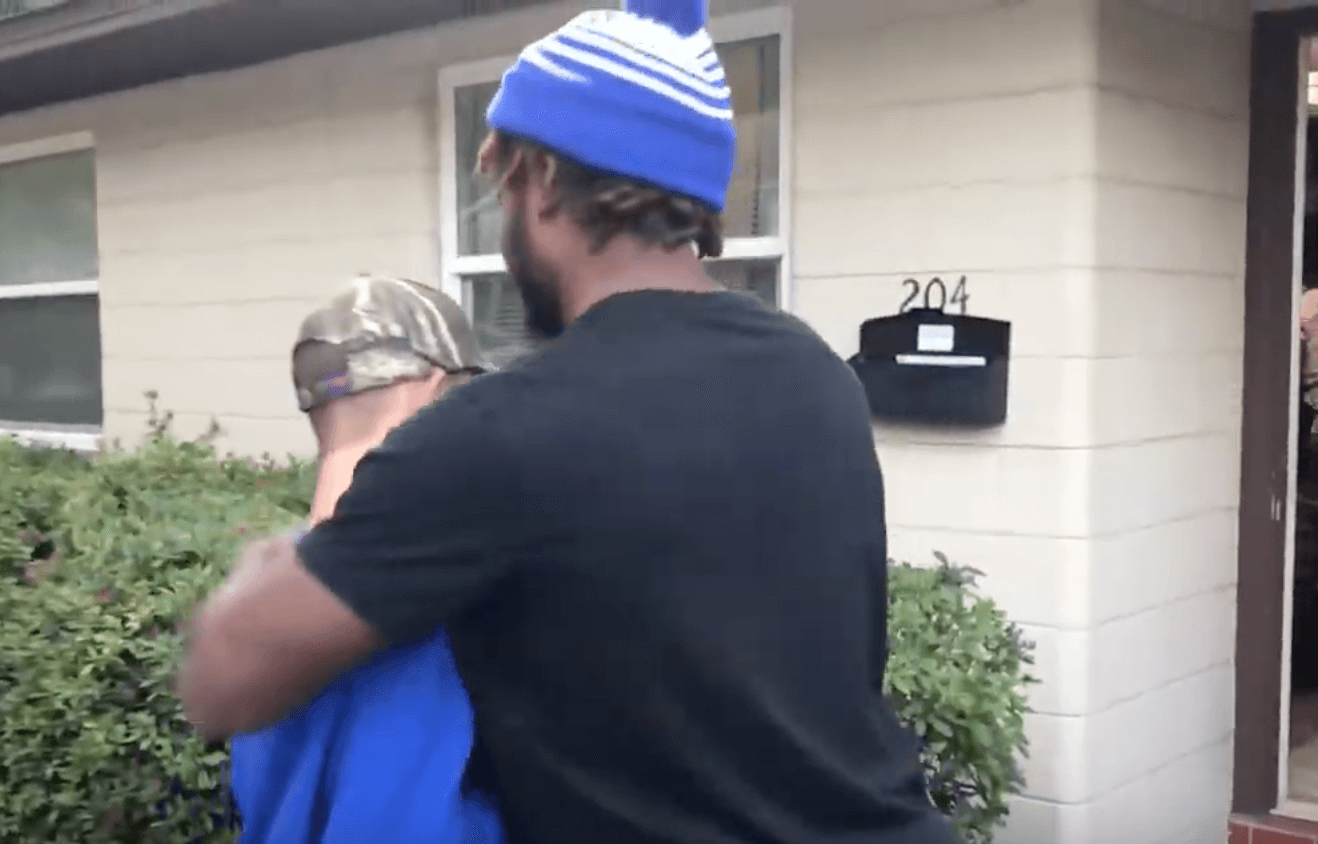 For those of you who don’t know, the Gator Good is a charity organization that was founded last year with the distinct mission of sending underprivileged Gator fans to the Swamp for the first time. This year, the recipient of the honor was a 17 year old fan from Nashville named Austin, who suffers from autism, kidney complications and seizures. And it’s safe to say that he had the time of his life.

For starters, Austin and his aunt Kelsey got to experience a live game day atmosphere in the Swamp. That game day experience started off on a high note with a tailgate with the family of former Gator baseball star Brian Reimsnyder (who played on Florida’s first College World Series team in 1988) and quickly got better, as the two got to witness a 56-0 win over Vanderbilt from the Champions Club suite, all expenses paid. After the game, he got to meet nearly two dozen Gator football players, each of whom stopped for a picture with him and signed a display football for him- which was just one item in a monsoon of Gator gear that Austin was showered with throughout the day.

Along the way, local television reporter and UF senior Zach Oliveri was there to record footage of every second of it, which he turned into an excellent piece that aired on Monday evening (and that you can watch here). (Side note: someone seriously needs to hire Zach when he graduates. He’s incredibly talented at what he does, and most importantly was extremely easy to talk to- which was critical with Austin given his propensity for being shy with cameras rolling.)

The best part of the day, though, was saved for last.

In a move of extra-mile kindness, Gators linebacker James Houston IV and his family invited Austin and his aunt Kelsey over to James’ house after the game so that they could spend some time with him personally.

Due to Austin’s lack of comfortability around cameras, I didn’t want to record too much, but I did want to make sure to document their incredible hospitality. So I turned off the camera after the first twenty seconds and just let Austin enjoy himself for the next half hour or so as his mother, Sonja, and James hung out with him on their front lawn and got to know him a little better, talking with him and his aunt about a variety of things and making him feel like family.

The most important thing to know about this, though, is that James and his mom could not have possibly been more genuine about their desire to meet Austin. Neither one of them knew that the story was going to make TV, and while Austin met some twenty players near the players’ exit from the stadium, the Houstons went out of their way to set up some their own private time with him. They didn’t have to do any of that, and in fact went out of their way to ask me multiple times before Saturday if they could do anything more than they wound up doing. It’s the values that you display when you assume nobody else will know about it that tell the most about you; thankfully, I happen to have a close personal connection with the Houstons (which dates back before James committed to Florida) and a platform on which I can illuminate these values of theirs so the world can know what these people are made of.

So, a special thank you to the Houston family for ensuring that Austin got one final unforgettable moment in a day filled with them.