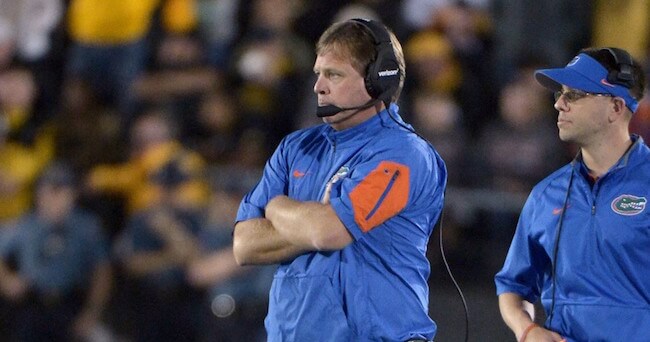 With a few departures on Jim McElwain’s staff from last season, the Gators went out shopping, did a little shifting around, and have now finalized their assistant coaching staff for the upcoming year.

Taking over for Shannon as the linebacker coach is Tim Skipper, who moves over from his running back coach slot. His old job will be taken over by JaJuan Seider, who McElwain stole from West Virginia. Seider is widely considered to be a home run hire given both his extensive coaching experience (four years at WVU, his alma mater) and his recruiting ties to South Florida (he was born in Belle Glade).

Speaking of recruiting ties to South Florida, McElwain also imported Corey Bell from the University of South Florida. Bell was employed by USF for less than a month before McElwin decided he wanted him, and pulled him without any trouble. Bell, who also worked with Shannon at Miami from 2007-2010, will coach the cornerbacks. Even more importantly, though, Florida has basically announced its intentions to monopolize the talent rich area spanning from the sugar cane fields around Lake Okeechobee to South Beach. Between Bell, Seider and Shannon, the Gators have a lot of familiarity in that area now, and should begin to pull in even more of its recruits.

Rounding out the new coaching hires is Brad Davis, who will coach the offensive line. Interestingly enough, Davis has plenty of experience in the Swamp: he coached the OL at North Texas last year, where he and his Mean Green suffered a 32-0 blowout loss at the hands of the Gators, and he coached the OL at East Carolina in 2015, where he and his Pirates fell to the Gators, 31-24.