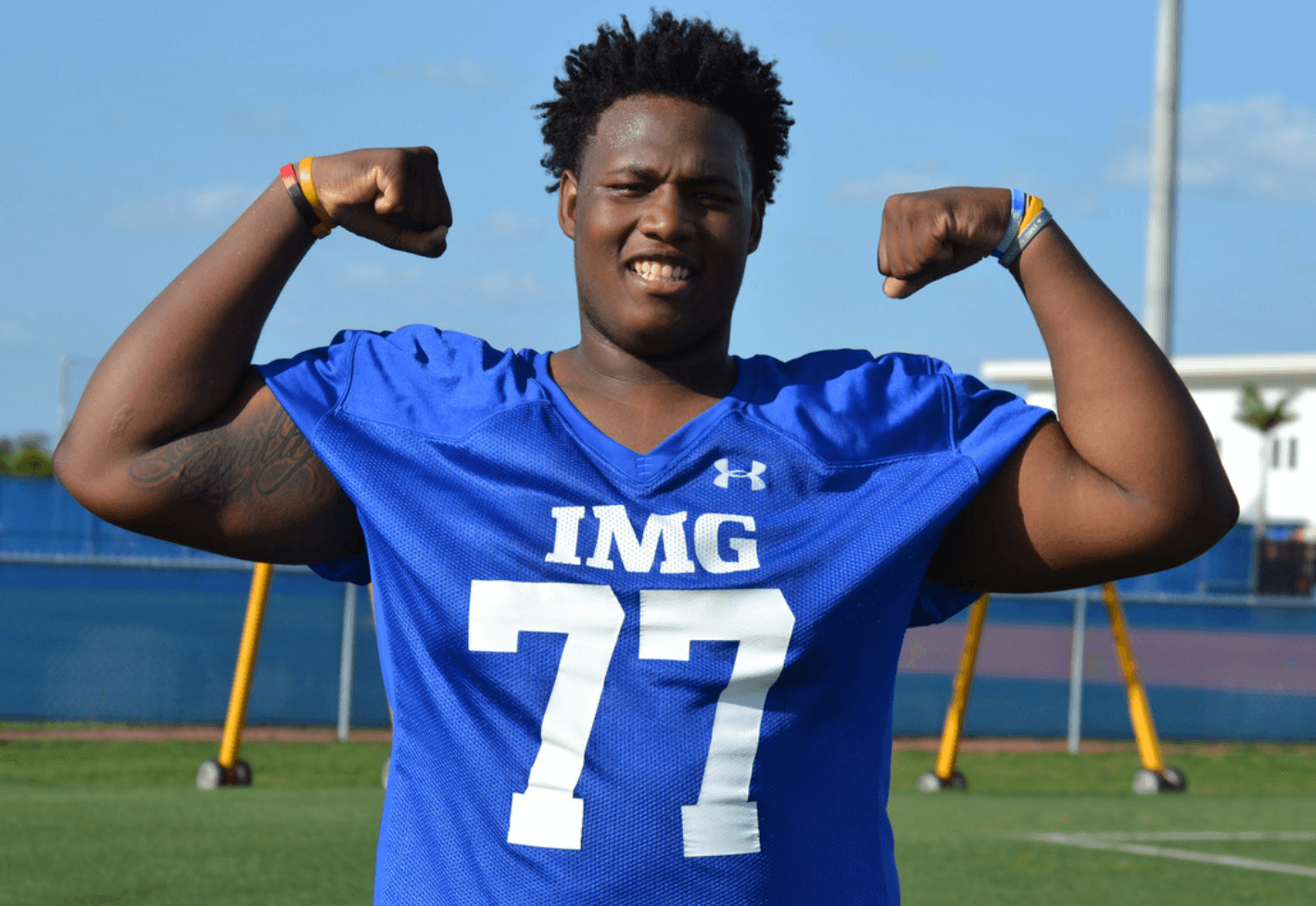 Another big win on the recruiting trail for Jim McElwain.

A really big one.

Offensive lineman Curtis Dunlap (Bradenton, FL/IMG Academy) has committed to Florida. He was deciding between Florida, Oklahoma, Georgia, Michigan and Miami. His commitment to the Gators gives Florida its eighth commitment of the Class of 2018, and its first offensive lineman.

Dunlap was born and raised in Jacksonville, but moved to Bradenton so he could attend IMG in high school. The Gators have never actually signed a commit from the athlete factory in southwestern Florida since it first fielded a football team in 2013; they came as close as landing a verbal pledge from Shavar Manuel last year, but Manuel eventually flipped due to academic issues and wound up in junior college. But given how many top notch prospects IMG churns out on an annual basis, it’s a big deal to establish a pipeline there.

You can watch his highlights here.

Dunlap is a consensus four star prospect, with an endless offer list that includes, in addition to his five aforementioned finalists, FSU, USC, LSU, Tennessee and Miami. He stands 6’4, 368 pounds and had a great performance at The Opening camp earlier in July. New offensive line coach Brad Davis saw the potential in him and recruited him hard, and Dunlap’s family being full of Gator fans made the decision to pull the trigger a little bit easier for him.

But this might be just the start of an array of commitments for the Gators. Tight end Kyle Pitts is set to announce this Thursday afternoon between Florida, Georgia and Virginia Tech. And with the school’s Friday Night Light camp- which almost always brings in a few commitments- looming on the horizon, they could be in play to land several more. So get ready for the fun.