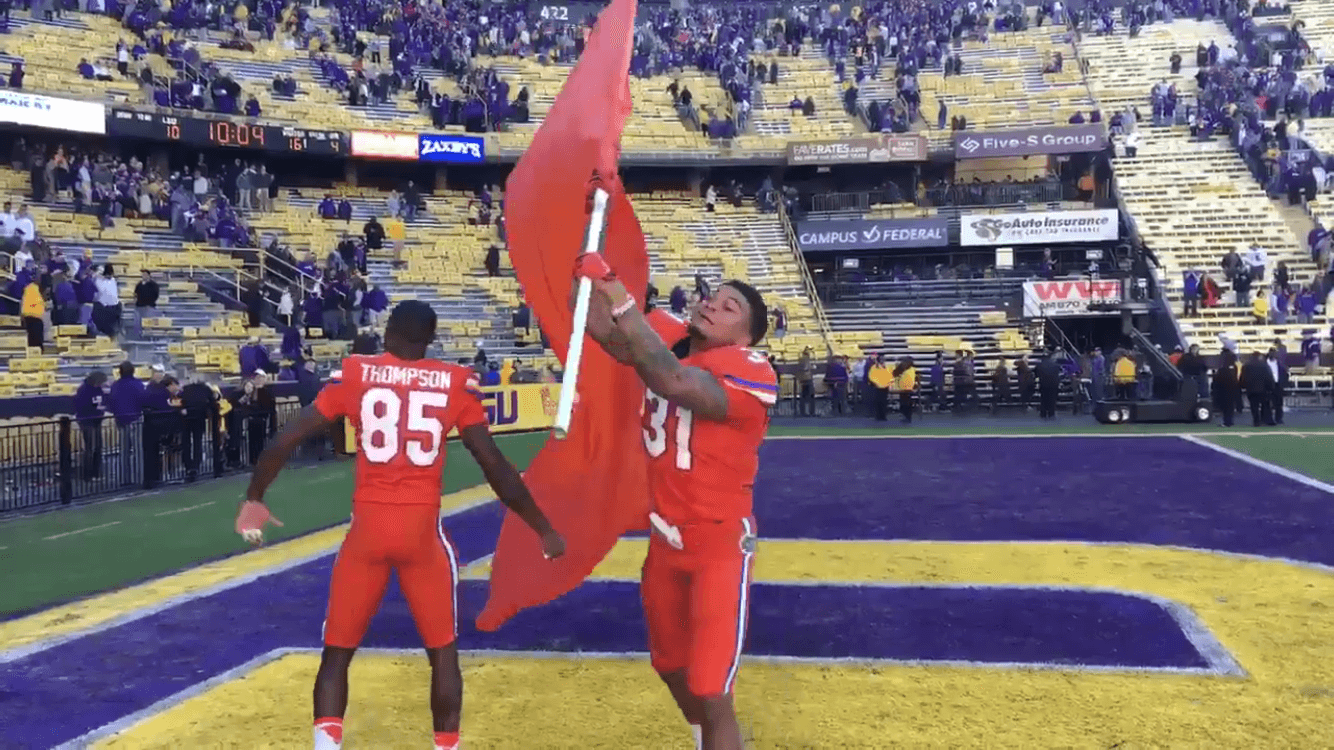 Tabor is widely considered to be one of, if not the, best cornerback in this year’s Draft. While slightly smaller than teammate Quincy Wilson, he brings similar pure athleticism and instincts to the table. This past year, he added another weapon to his arsenal: play recognition. He became familiar with opponents’ tendencies and began to anticipate routes, often jumping them to record easy interceptions, like he did against Kentucky and Missouri. (He also did it last year against South Carolina.)

So what you’ve got in Tabor is a freak of nature not unlike Wilson, but with the added ability to detect routes before they’re run. That’s going to get him drafted in the first round for sure, and pending his combine results, possibly in the top ten- which seemingly made his decision an easy one.

But Tabor took a few days to make this announcement, implying that it really was a tough decision for him. And it’s that love for Gator Nation, even more than his ability to lock people down, that will make me really miss him. But like Wilson, he will make some NFL team very happy.

Best of luck, Teez. You are without a doubt one of the greatest players in the history of Florida football, and can never quite be replaced. Ball out.