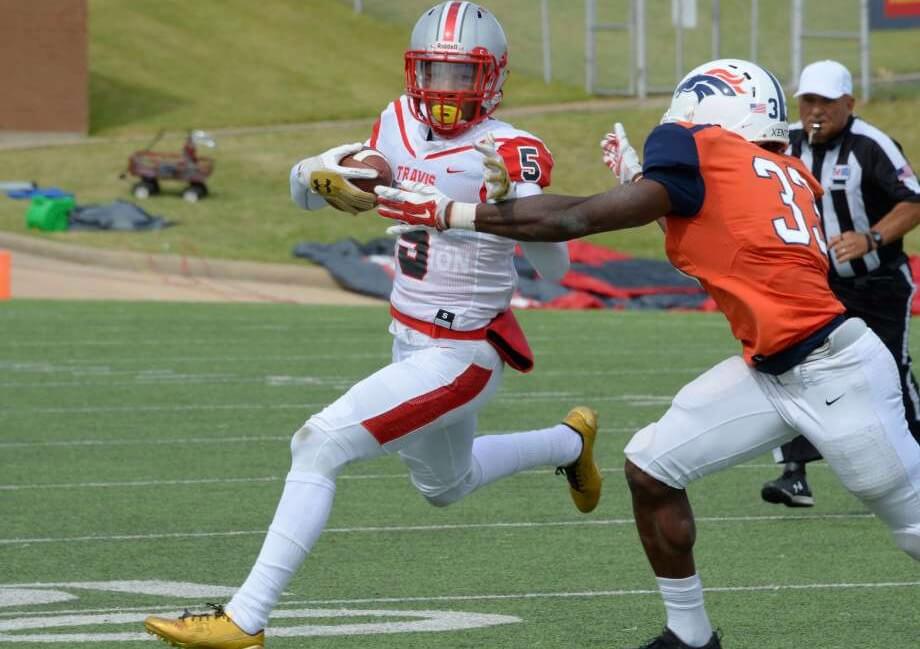 In a move that surprised many, wide receiver Arjei Henderson (Richmond, TX) has committed to Florida at the Under Armour Game. Henderson, who was previously committed to Willie Taggart at Oregon and then later to Oklahoma, was thought to be an FSU lean given his relationship with Taggart, and Oklahoma serving as a close second. Few, if any, thought the consensus four star prospect would pick Florida.

But only once the surprise wears off, it’s possible for the enormity of the commitment to sink in. Henderson had his pick of literally anywhere in the country as his next destination, with offers from Alabama, Clemson, Notre Dame, Georgia, Penn State, Texas, Texas A&M, USC, Miami, Wisconsin and West Virginia. He’s a versatile receiver with great ball skills and route running abilities, and if he gets a little bigger and better as a blocker, he could see some immediate playing time in Gainesville.

Henderson and linebacker Diwun Black remain the only unsigned players in Florida’s 22-member class of 2019- a class that’s just vaulted into the top fifteen on average. There could be more boosts to the class coming, too, as defensive end Khris Bogle and defensive backs Chris Steele and Kaiir Elam still remain at large.

But regardless, this can only be interpreted as another head to head win for Dan Mullen over Willie Taggart. No doubt the 41-14 stomping of the Noles in Tallahassee had something to do with this, as at the very least it had to plant a seed of doubt in Henderson’s head. And if the Peach Bowl was any indication, the gap is only continuing to widen.