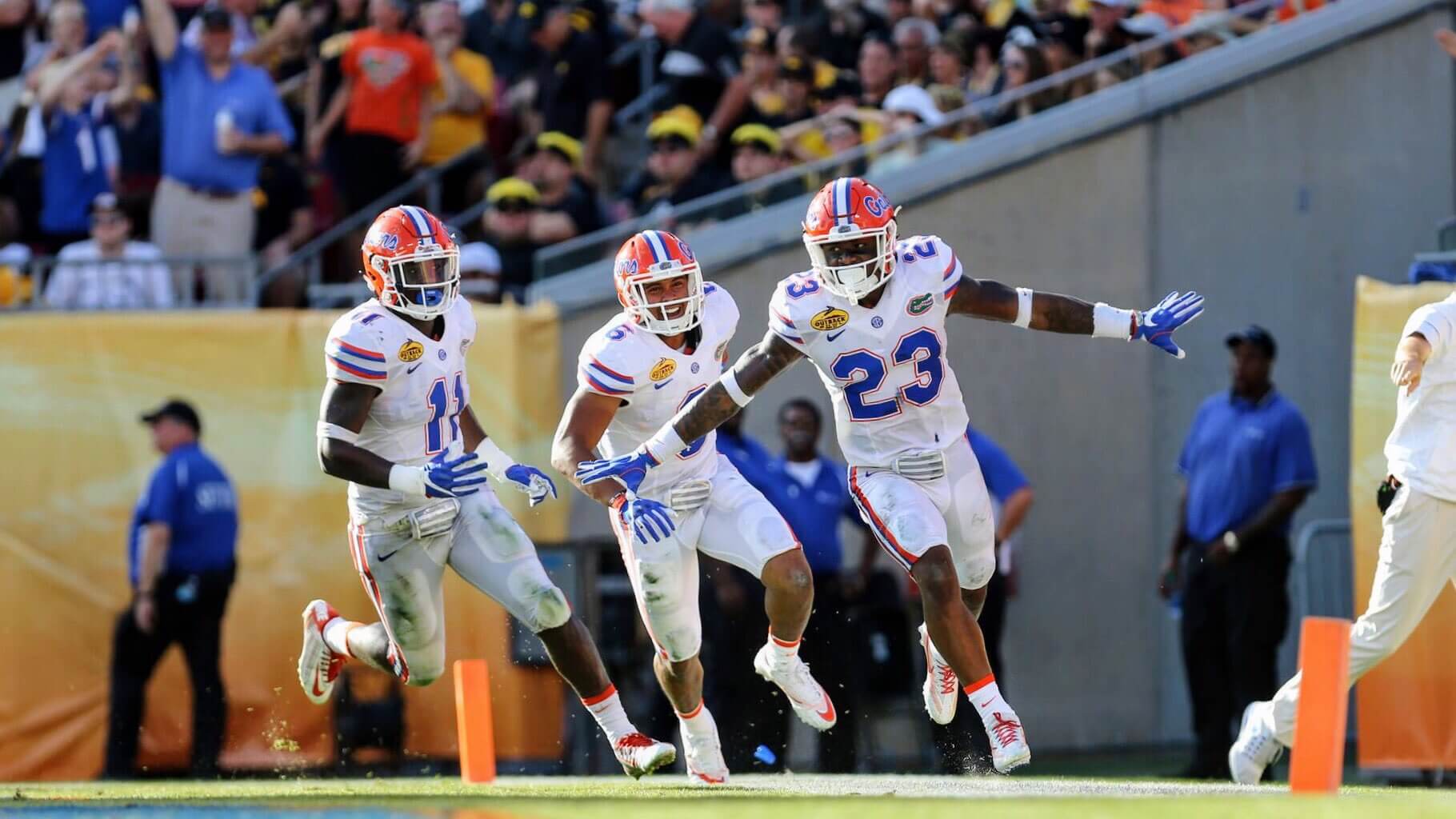 Our position breakdowns conclude today with a look at the Gators’ secondary:

The younger brother of Gator legend Quincy, Marco quietly had a fantastic 2017 season on a less-than-fantastic 2017 team. Wilson didn’t really have any stats to speak of last year, but that’s because nobody wanted to throw at him. He did have a key PBU late in the game against Tennessee to force a field goal, and he did break up nine other passes on the year. But Wilson goes to show that stats don’t always tell the story, because he’s already an aggressive and quick corner with top tier ball skills and the potential to be tremendous.

Opposite Wilson is fellow sophomore CJ Henderson, aka Hendo. As a freshman, Hendo took two interceptions back for scores and would have taken back a third had he not fumbled it at the one yard line. But if that’s the biggest mistake he makes as a Gator, we’ll all gladly live with that. He’s quick, has great ball skills and is a sure wrap up tackler. He and Wilson were already borderline lockdown corners as rookies, and you have to feel comfortable knowing that Florida will have them both for the next two years.

OK, here we go. Gardner has had a long history of missing tackles for Florida. That’s a fact, and thus is not up for debate. Having gotten that out of the way: Gardner is also a ball hawk with excellent tracking skills, and brings quite a wallop when he lays into you. Now, if only he can shore up that tackling form and make the routine tackles as opposed to just the skull-rattling ones, he could be the perfect fit for Grantham’s hybrid linebacker/defensive back Star role.

Stewart has had a quiet career so far through his one year in Gainesville, but he’s been drawing praise for his improvement this offseason. He’s becoming increasingly comfortable playing outside the hashmarks and can bring the boom to boot. He’ll get a battle from Shawn Davis for some playing time here at SS, particularly early in the season, but Stewart’s natural athleticism should win him the starting job for good by the time the games start to have some real stakes attached.

Taylor is the surest bet to start wire to wire among the safeties. He’s had shoulder issues nag him, but seems to be in good health now and should be at full strength on Saturday. Taylor brings the most experience to the safety unit, an ability to wrap up and make tackles that he displayed most, but not all, of the time last year and another one of those noses for the football that help cement Florida’s legacy as DBU. If he stays healthy, he’ll be a stud.

The younger cousin of former Gator Ahmad Black, Trey Dean projects more as a cornerback than a safety. But he definitely has some of Ahmad’s god-gifted ability as an athlete, and figures to play right away in some nickel and dime packages. And should something happen to either Wilson or Hendo, you could do a lot worse than Dean in terms of backups. Pencil him in as a freshman All-SEC selection.

Projection: the situation here is similar to the one the Gators face at linebacker. There’s talent in the starting lineup, but not much depth behind that starting lineup (although with Dean, there is some) to fall back on. Barring injuries or suspensions, it’s a given that Florida will be good in the secondary this year. Whether or not they can be great remains to be seen.