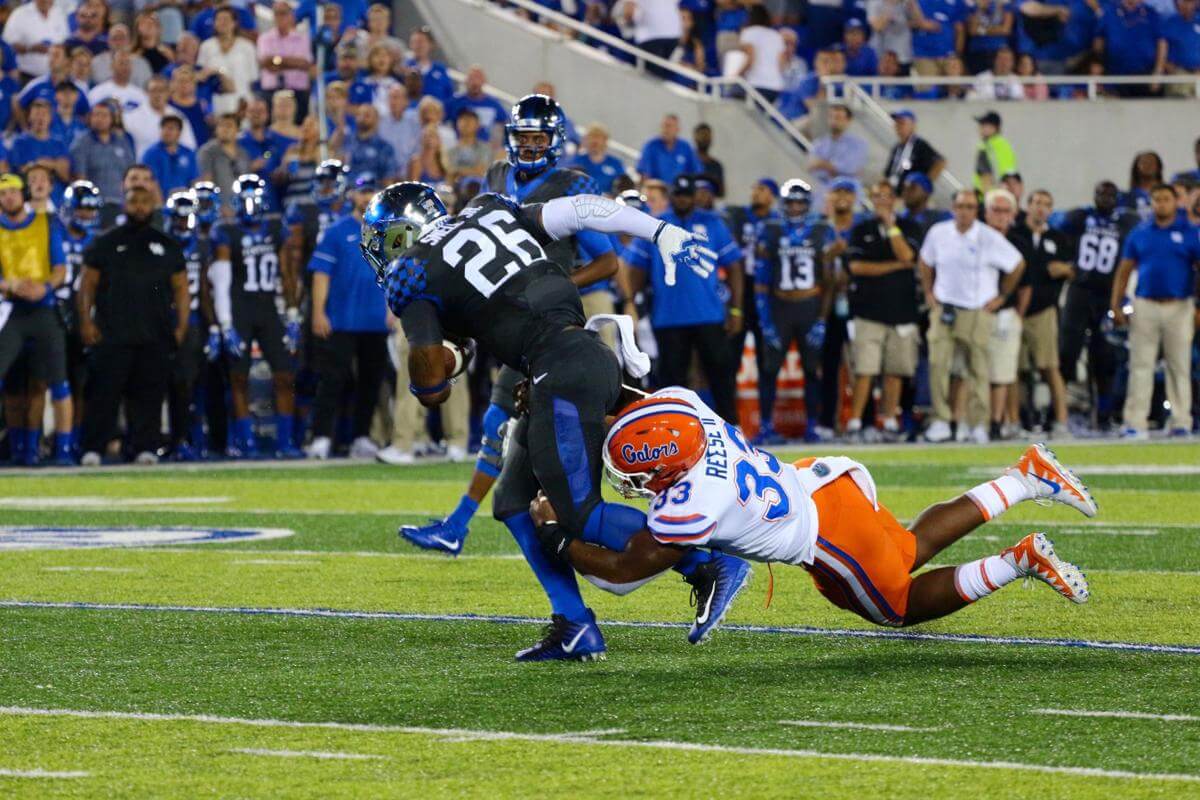 Our position breakdown segment is winding down. Today, we take a look at the penultimate piece of the Gators’ puzzle: the linebackers.

Flip a coin between Joseph and David Reese as to who leads this unit. Or don’t, and let’s just call them co-leaders. Joseph has an uncanny nose for the football and a knack for delivering a knockout blow (just ask Danny Etling.) But his contributions aren’t just limited to the highlight reel plays; Joseph will make the routine plays, too. He has great range and was one of the best tacklers on a team that really struggled in that department a year ago. Now, he’s gained some serious muscle thanks to the offseason routine led by Nick Savage (have you gotten tired of reading that yet?) and will look to help the middle level of the Florida defense take a big step forward in 2018.

Reese first burst onto the scene with a career game against South Carolina in 2016, and since then has quietly emerged as one of the Gators’ most consistent playmakers on defense. Like Joseph, Reese has impressive range and will almost always make the sure tackle for you. Reese is sure to benefit from Todd Grantham’s more aggressive defensive approach, as he’s quick enough to be a dangerous blitzer and is athletic enough that he has to be specifically game planned for. If Grantham uses him right, he could have an All-American type season.

As noted in previous position breakdowns, I am listing Jackson as a backup solely for uniformity. Grantham’s defenses change looks so frequently and so drastically that Jackson is only a backup in situations where Florida sets up with two linebackers. Rayshad Jackson will get plenty of playing time, and now it’s time to see him take the step from good to great.

Yes, Carter projects best as an edge rusher. But Florida is pretty deep up front, much more so than in the middle, and part of Grantham’s defensive scheme is to line guys up at different positions from the one they play best, and then have them perform the duties they perform at the position they play best while posing as a different position. Cue the “Buck” role, a hybrid defensive end/linebacker position that Carter could thrive at. In this role, we’d see Carter rushing the passer and wreaking havoc in the backfield as he normally would, while forcing offenses to try to game plan away from him.

Projection: Florida has a very strong linebacker corps, but it’s thin and the Gators cannot afford so much as a single injury. These are all former three star recruits who have already produced more to this point in their respective careers than their rankings would have you believe, and Grantham’s ultra aggressive defense figures to bring out the best in them as long as he uses that aggression in moderation. Assuming this unit stays healthy as a whole, expect the Gators to have a stout linebacking corps that shuts down the run and attacks the quarterback in the backfield.