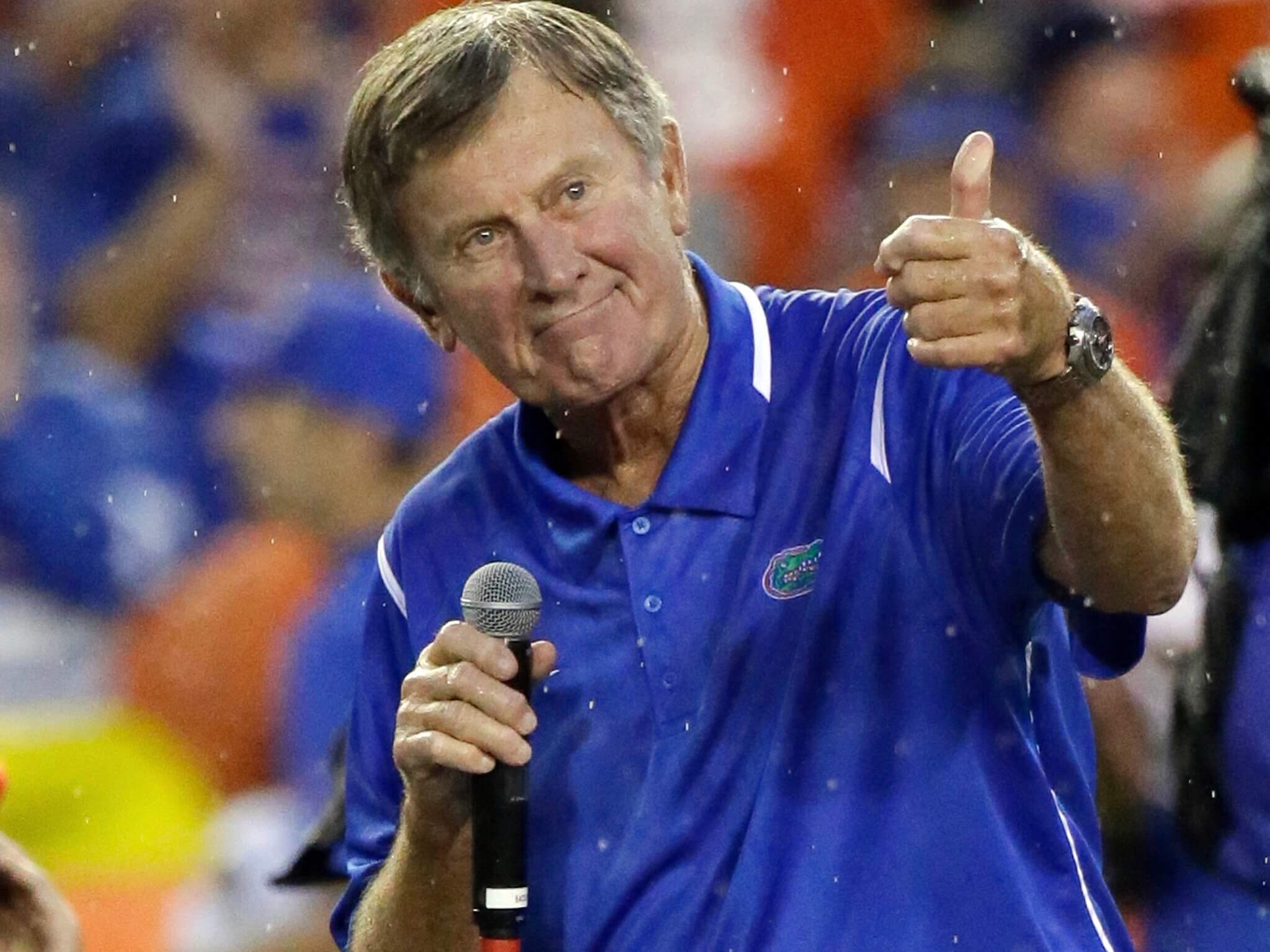 The Head Ball Coach was so successful that the Florida Gators named their home turf after him.

You would think that anybody who followed in his footsteps would want to utilize him as a resource if possible. You would think that this would go doubly so for somebody who struggled to cobble a functioning offense, as Jim McElwain did. But McElwain, unlike his predecessor Will Muschamp, actually had him as a resource rather than a rival- and when that resource reached out to help him, he spurned his efforts.

Source told me Spurrier reached out twice to McElwain this fall to offer help, was told no thanks. That alone is fireable offense. #Gators

That is highly offensive to me as a Gator fan who was born just as Spurrier was beginning to lift the program off the ground and who’s first memories were of him pounding opponents into the dirt by embarrassing proportions with his Fun n Gun offense. And naturally, Spurrier didn’t seem to appreciate being rebuffed either.

In an interview with The State (which you can read in full here), Spurrier sounded off against McElwain.

“The offense has been so bad, everybody knows it. Did you see us play Georgia? Yeah, it was a sad, sad day, but anyway.”

He then offered a strong voice of support for AD Scott Stricklin, and his decision to start over.

“The athletic director summed it up. I thought he did a good job of saying that this was not about wins and losses, it was about the whole thing, other things and so forth. That was just part of it, the wins and losses. He took into consideration everything I guess, and they thought it was time to make a change.

And the kicker? Spurrier added that he would meet once a week or so to discuss the offense with offensive coordinator Doug Nussmeier. Just not with McElwain.

So, you know, just another reason to be glad McElwain is gone.