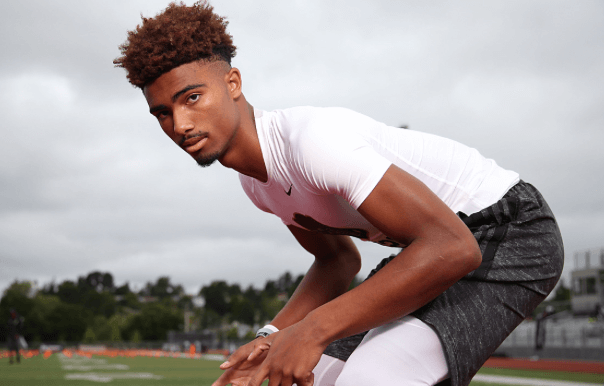 Torrian Gray was considered an upgrade over Kirk Callahan as a defensive backs coach because of his ability to recruit. And now he’s earned himself the obligatory #ChompChomp tweet from Jim McElwain for the first time- but not the last.

Meet Elijah Blades, a consensus four star cornerback from Pasadena, CA, who committed to Florida this afternoon. Blades also holds offers from Arizona, Nebraska and Utah, which isn’t too shabby of a list considering that National Signing Day is still eight months away. Make no mistake. This is a big get.

His physical characteristics are pretty impressive. Blades stands 6’2, 170 lbs. and runs a 4.42 40 yard dash. But he looks both faster and stronger than those numbers would indicate on his highlight tape, and his top notch footwork and quickness make it tough to beat him in bump-n-run coverage. And given that Florida’s secondary will suffer heavy personnel losses after 2016, he has a great chance to play right away as a nickel corner.

Blades gives Florida two cornerbacks in their Class of 2017, joining Kadarius Toney. Because of the Gators’ aforementioned potential lack of depth in the secondary next year, Gray figures to land several more in the coming weeks and months. So keep your eyes peeled.