Gator Baseball Singer shines as Gators beat up No. 1 pick Mize, Auburn, and move within one win of Omaha 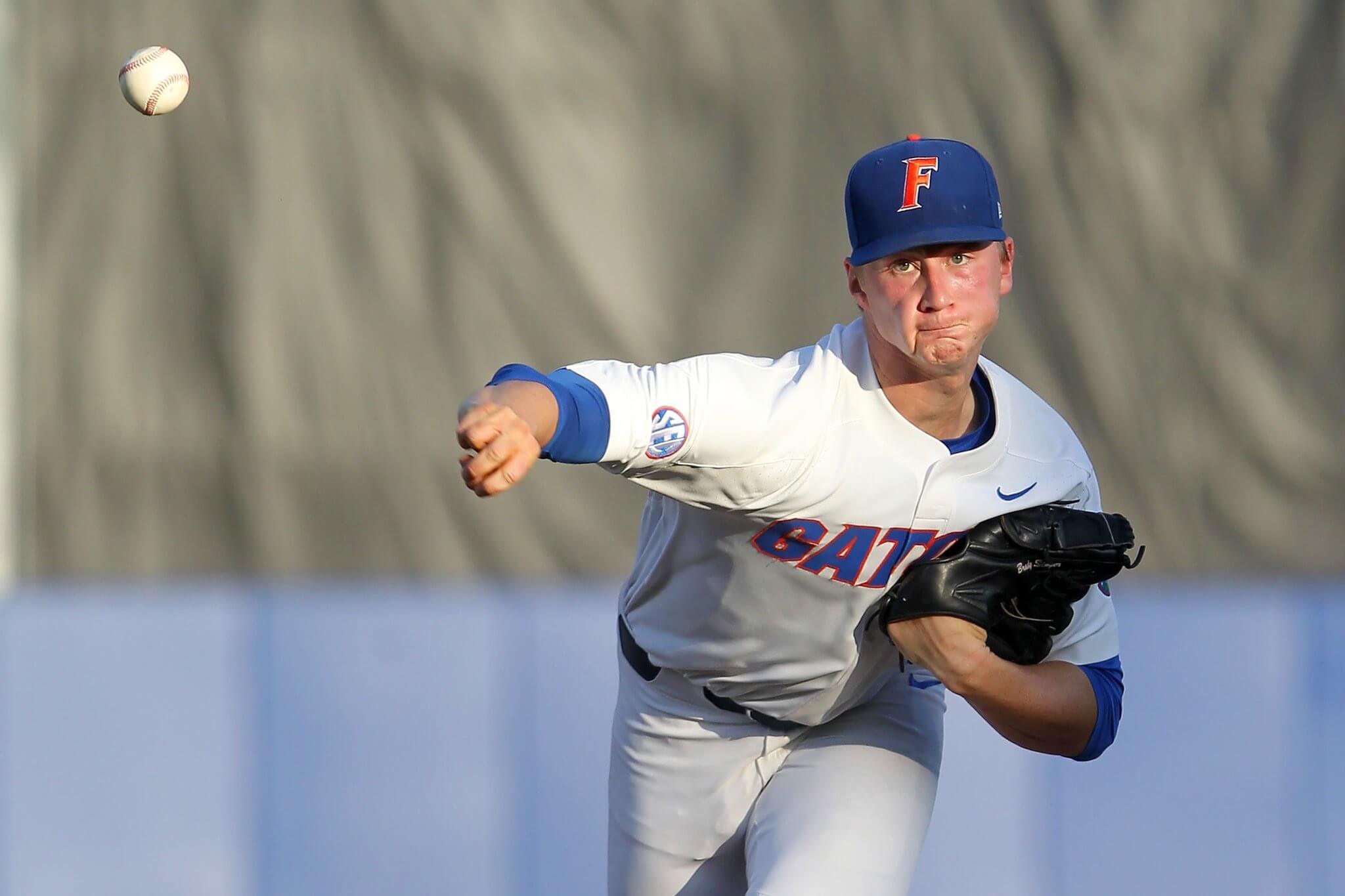 This was supposed to be an evenly matched struggle between two teams against their opponents’ first round draft pick.

Someone forgot to tell the Gators.

Florida exploded for a four run third inning and bashed two home runs in an 8-2 slaughter of the Tigers from Auburn in Game One of the Gainesville Super Regional. The win puts the Gators one win away from their fourth straight and twelfth ever trip to Omaha for the College World Series.

Picking up the loss for Auburn was No. 1 overall MLB Draft pick Casey Mize for the second time in as many starts against Florida this year. The Gators took round one against Mize, 3-1, thanks to a two run homer from Jonathan India and a stellar outing from No. 18 overall pick Brady Singer.

They had much less trouble this time around.

Singer got into a little hot water early on, but limited the damage to just five hits and two runs in the first three innings, stranding four Tigers in the process. Florida answered back in the bottom of the third by losing the bases and starting a merry go round. First, Wil Dalton banged one off the wall to plate two and knot the game. India followed that up with a perfectly placed swinging bunt to give Florida the lead for good, and then Keenan Bell drove in the fourth run of the inning with a liner to right that scored Dalton.

Auburn did its part, too. The Tigers committed a pair of run-allowing errors in the fifth to make it 6-2 Florida. The former came in the form of a wild pickoff throw that got away from everybody, allowing Dalton to take two bases and score and the latter via a bad throw to first from first baseman Josh Anthony to Mize with Nelson Maldonado scoring as a result of that one.

For good measure, the Gators added two more on a pair of solo homers from Deacon Liput and Maldonado in the sixth and eighth.

Florida can clinch the series and book passage to Omaha with a win tomorrow, but recent history shows that’s far from a certainty. For all his incredible talent, Jackson Kowar has been very shaky lately, taking the loss in each of his last three starts. And Florida has been pushed to a third game in the Super Regionals after taking Game One in both 2011 and 2017 by inferior Mississippi State and Wake Forest teams, though that disclaimer can’t be complete without noting that Florida won both of those Game Threes.

The Gators are definitely on the right track, though. And though one game can’t be enough to claim that Florida has returned to its mid season form after three weeks of ineptitude, if they can maintain this high level of play against Auburn freshman Tanner Burns tomorrow, they’ll have put themselves back on the stage where history is made- and where they’ll try to be the ones to make it.