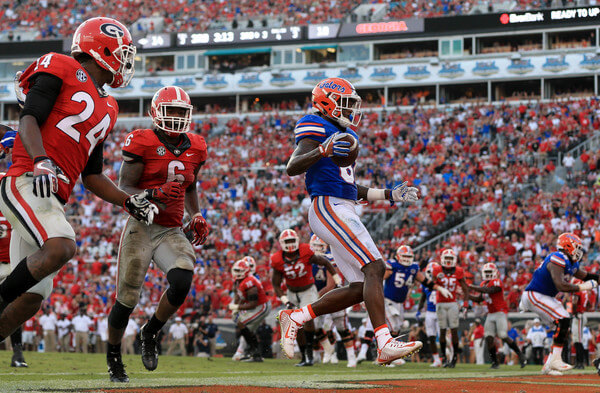 As a result of the events detailed in this article, Florida has suspended seven players for the season opener against Michigan.

According to my source, the seven players were part of a group who bought $1500 worth of items on a school issued credit card, and then sold the items for cash which they then pocketed. The credit cards were part of their scholarship packages as student athletes at the University of Florida, with only a few approved items on the list of things they could use it for.

I was initially told that the issue would be handled internally, while noting that “suspensions would be minimal, if at all.” Jim McElwain has opted to go the former route of the two possibilities in those quotations.

Finally, I’d like to apologize to Brad Stewart and Jawaan Taylor, who were misidentified by witnesses who spoke to my source. These two players did nothing wrong, and I made a mistake by listing their names.