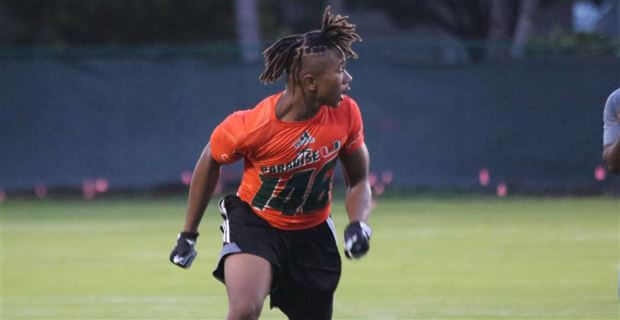 Dan Mullen just landed another one.

This time, the catch is former FSU safety commit John Huggins (Daytona Beach, FL/Mainland), who pulled the trigger immediately following his visit to Gainesville this weekend. Huggins plans to take advantage of the early signing period and officially become a Florida Gator on Wednesday.

Huggins initially committed to FSU under Jimbo Fisher last July, but backed out of that commitment in the midst of the turmoil between Fisher and the Seminole administration earlier this month. He then visited Nebraska and Missouri and appeared to show some interest in the Cornhuskers by naming them his leader. But then came his trip to Gainesville. He was blown away by his official visit to UF and decided to put the cork in his recruitment process.

With the commitment of Huggins, the Gators’ class of 2018 is back up to 12 commits, one quarter of which is comprised of safeties. Huggins joins Randy Russell and Amari Burney in that respect.