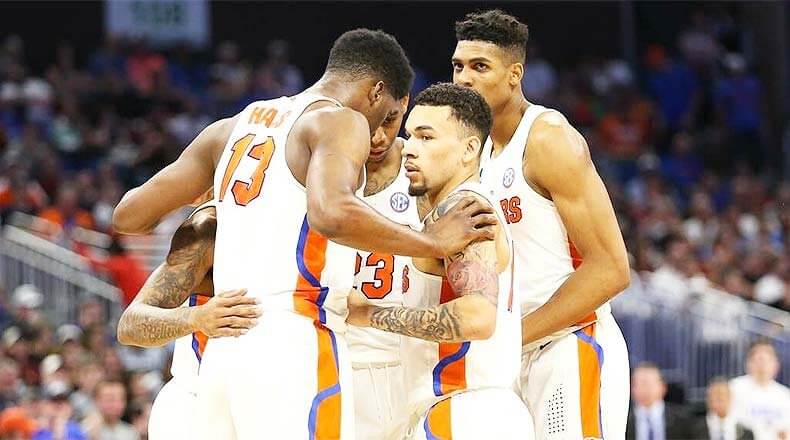 After a heart stopping overtime win over Wisconsin two nights ago, there’s only one more hurdle standing between Florida and the Final Four. And it’s quite a familiar hurdle, too.

Breakdown: Florida’s third straight game against a defensive minded team might be its hardest given that this team actually has star power on offense. We all know about Sindarious Thornwell by now, and if you don’t it’s simply because you don’t follow basketball. Thornwell presents a legitimate threat to take over any game he participates in, which may have had something to do with him being voted the SEC Player of the Year. He’s equally dangerous on drives as he is with his pull up jumper, and so even the top defensive players- say, oh, I don’t know, Kasey Hill- figure to have problems stopping him.

But the Gamecocks don’t get by with one scorer. Oftentimes, Thornwell gets help from fellow guards PJ Dozier, Rakym Felder and Duane Notice. When the guards get additional help from forward Chris Silva, the Gamecocks pose a true danger to the scoreboard, namely scoring 65 points in the second half of a colossal upset of Duke. The question is, will Thornwell get that help?

And that’s ultimately what it all boils down to. South Carolina, in this way, appears to function somewhat like Florida: you know they’re going to play great defense, but you don’t know- and given the unpredictability of a team that’s streaky by nature, can’t know- if they’re going to get enough offense to get the job done on a given night. With two teams that more or less operate that way squaring off for the third time this season with a trip to the Final Four on the line? Buckle up. This should be fun.

South Carolina wins if… they can get somebody other than Thornwell to get hot. The only surefire way to beat Florida is to have a tremendous shooting night (or just dress up in Vanderbilt jerseys) and if the Gators know South Carolina only has one threat to do so, they’ll key in on him and funnel the ball elsewhere- and into the hands of Gamecocks who aren’t having their best nights.

Key stat: The first time Florida played South Carolina this year, they failed to make a single three pointer for the first time in a quarter century. One week later, against LSU, the exact same team set the school record with nineteen made threes in a single game. You want streaky with historic potential? You got it.

Verdict: Given that Florida made zero threes in their early season defeat to the Gamecocks, it’s factually accurate to say that the Gators cannot possibly shoot worse from the outside as a team than they did in that loss. And despite that, the Gators were in that game throughout its entirety; only when the Gamecocks made free throws in the waning moments did South Carolina secure its 57-53 victory. That has to make for a high confidence level heading into tomorrow; if Florida shoots from the outside with even moderate success, their defense will be enough to win the game for them. And that’s what will happen. Florida gets just enough from Kevaughn Allen and Canyon Barry to squeak past the Gamecocks late and book passage to Phoenix.