Gator Football Mullen says that Toney, Greenard, Zuniga should be back for Georgia 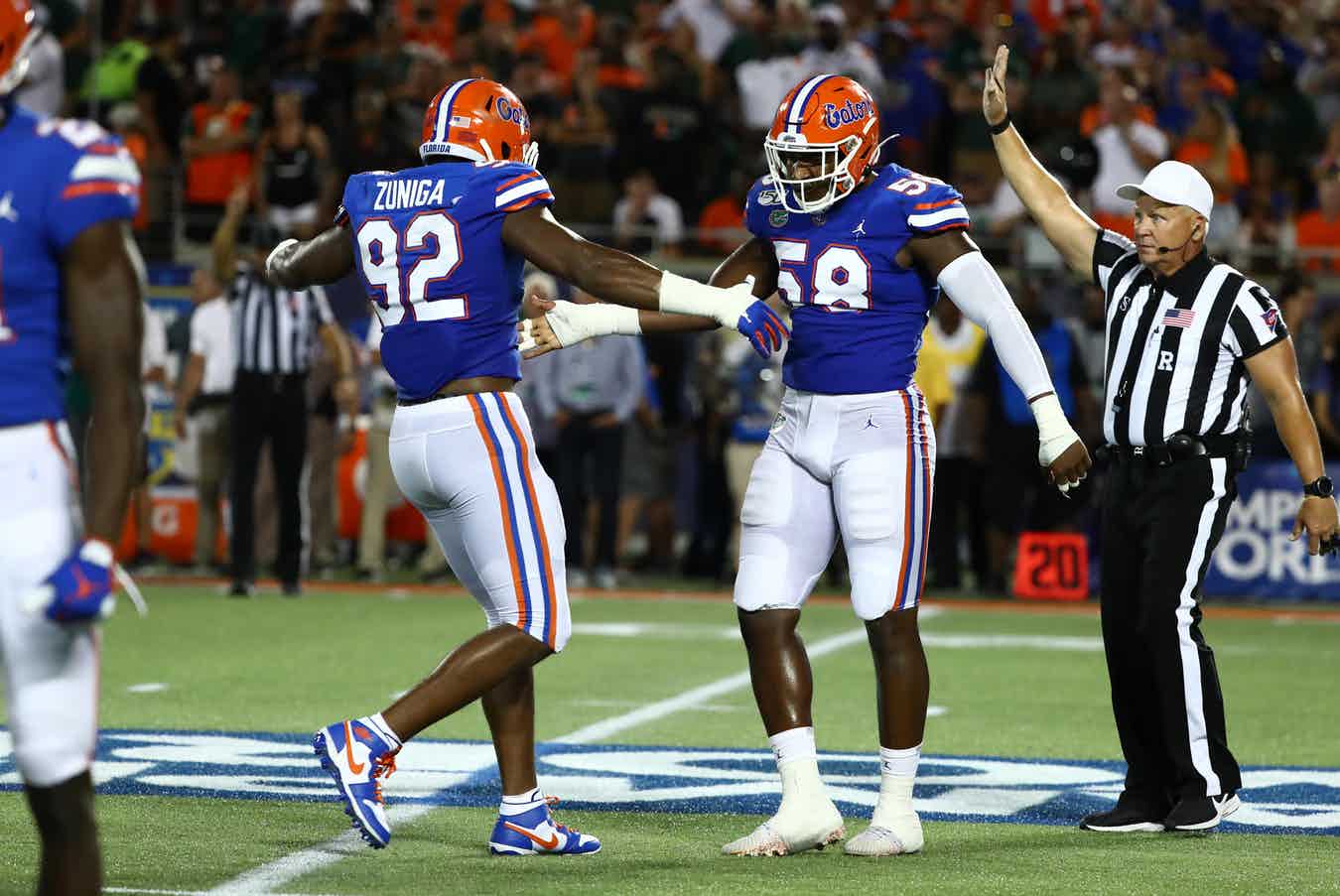 The Gators should be as close to full strength as a football team can realistically get when they take on Georgia in the World’s Largest Outdoor Cocktail Party.

Dan Mullen said today on SEC This Morning that he expects all three of his key injured players to be back and ready to go on November 2nd in Jacksonville.

That means ultra-shifty receiver Kadarius Toney, who suffered a shoulder injury during Florida’s blowout of UT-Martin on September 8, will be back. That means dominant defensive end Jabari Zuniga, who suffered an ankle sprain on September 15 at Kentucky, will be back. And last but certainly not least, that means that tenacious outside linebacker Jonathan Greenard, who I’ve been told was battling various leg and ankle injuries since the week of the Tennessee game and played at “around 80-85% health” in each of the ensuing three games, will be back in the lineup at full health after finally succumbing to the injury during the Auburn game on October 5.

In addition, I’ve been informed separately that Florida cornerback CJ Henderson had been playing the last three weeks at “about 95% health” on a formerly sprained ankle, which should be upgraded to 100% next Saturday in Jacksonville. “He’s been feeling good,” I was told. “He’s been fine. But now he really feels his best.”

Perfect timing, too. This iteration of the Cocktail Party (which is also occasionally called the War For the Oar) could wind up being the de facto SEC East Championship Game- and pending the result of Missouri’s appeal of its postseason ban, could retroactively become the de jure SEC East Title game by the time Florida presumably gets done assaulting a Vanderbilt squad that currently sits at 2-5 the following week. In other words, this game always means a great deal, but this year, it means everything.

And Florida will be as ready for it as one could hope.