Uncategorized Much ado about nothing: clearing the air about Gators’ credit card adventure 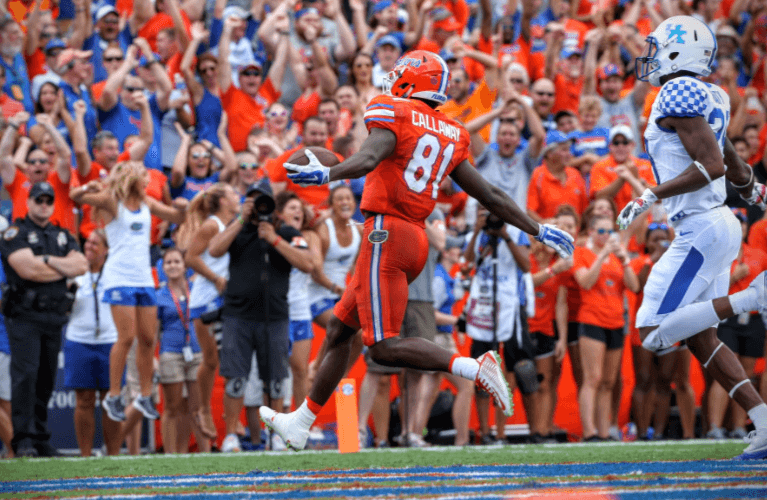 In the 16 hours since I posted the initial story detailing five Gator football players misadventures with a school issued credit card, the Gator portion of the internet went haywire. So it’s time to clear things up.

First, the site was hit with hundreds of thousands of clicks yesterday, and crashed from the overwhelming traffic. So, my apologies for that. In addition to that, people saw the headline that read “…involved in credit card fraud” and freaked out when they were unable to access the story and read the details when in reality they were not so terrible. So my apologies for that, too.

I understand why my headline yesterday, combined with people’s inability to open it, may have caused some alarm. But the issue at hand is not nearly as severe as it was made out to be.

That said: five players did something they should not have done, and for one of them, it’s the latest in a long line of scrapes with the law. And it’s a troubling matter for all five. You can call it what you want, but what they did can be legally classified as fraud. They used a credit card that belonged to the school, with only a few select approved items that could be purchased, to buy things they weren’t supposed to. They then sold the items to make the $1500 back, which they then pocketed. It doesn’t matter that they legally obtained the credit cards; they used them to acquire items with the school’s money that they then sold to make money for themselves. That is stealing. That is fraud. And that is most decidedly not good.

The rumors flying around yesterday indicated that the players were guilty of something much worse, though, so when I posted that the players had committed credit card fraud, a few people claimed clickbait. Here’s the problem with that: just because the reality of a situation fails to match the severity of the rumors doesn’t mean that me posting a headline that could accurately be used to describe both is clickbait. It is legally correct to state that the players committed credit card fraud, which is why I did in my lead in the article yesterday.

But most important is the fact that UF has handled the matter internally. Nobody is getting kicked off the team for it. It’s been taken care of, it’s all over, and hopefully, the players involved learned something valuable from it.

3 thoughts on “Much ado about nothing: clearing the air about Gators’ credit card adventure”