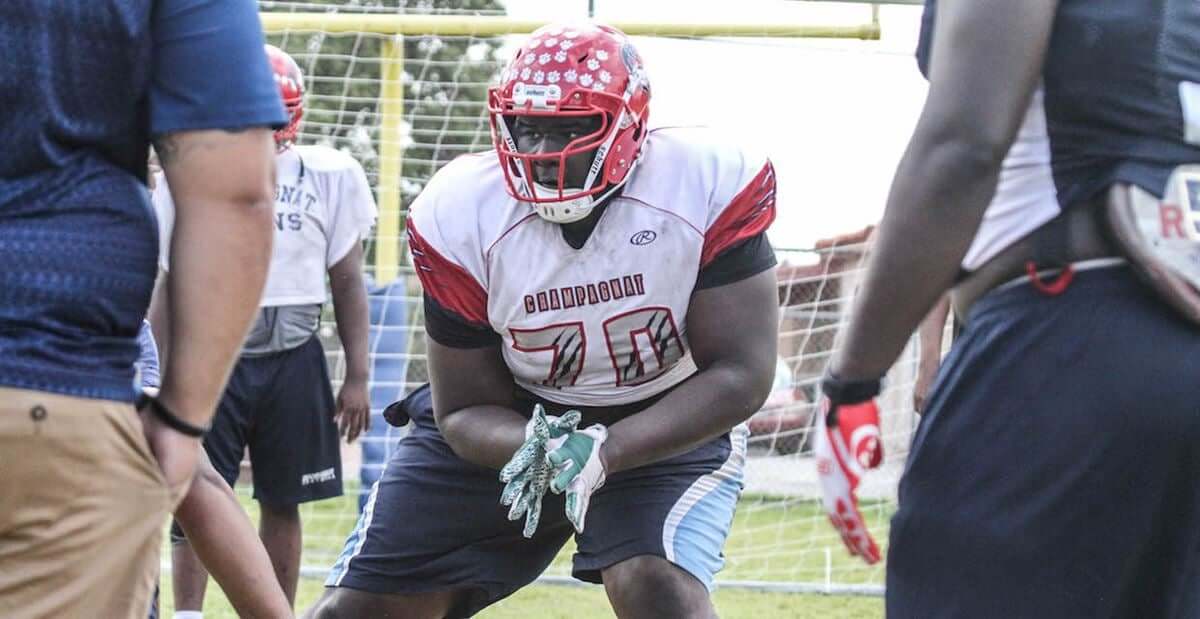 Dan Mullen has added a huge piece for his 2020 recruiting class in more ways than one.

Mammoth offensive guard Jovens Janvier (Miami, FL/Miami Christian) has committed to Florida. Janvier, a consensus four star recruit who chose Florida over Louisville, stands 6’3, 350 lbs.- a mountain of a man by any objective measure. He also had offers from LSU, Nebraska, Baylor and Pittsburgh.

Janvier makes the lucky 13th commitment for the Gators’ class of 2020, but more importantly, the first offensive lineman of the class. Mullen and OL coach John Hevesy addresses the need up front last year by reeling in seven different linemen, but particularly with the massive personnel losses there following the 2018 season, you can never have enough trustworthy blockers. Look for Florida’s staff to land at least two, and probably more, offensive linemen between now and February.