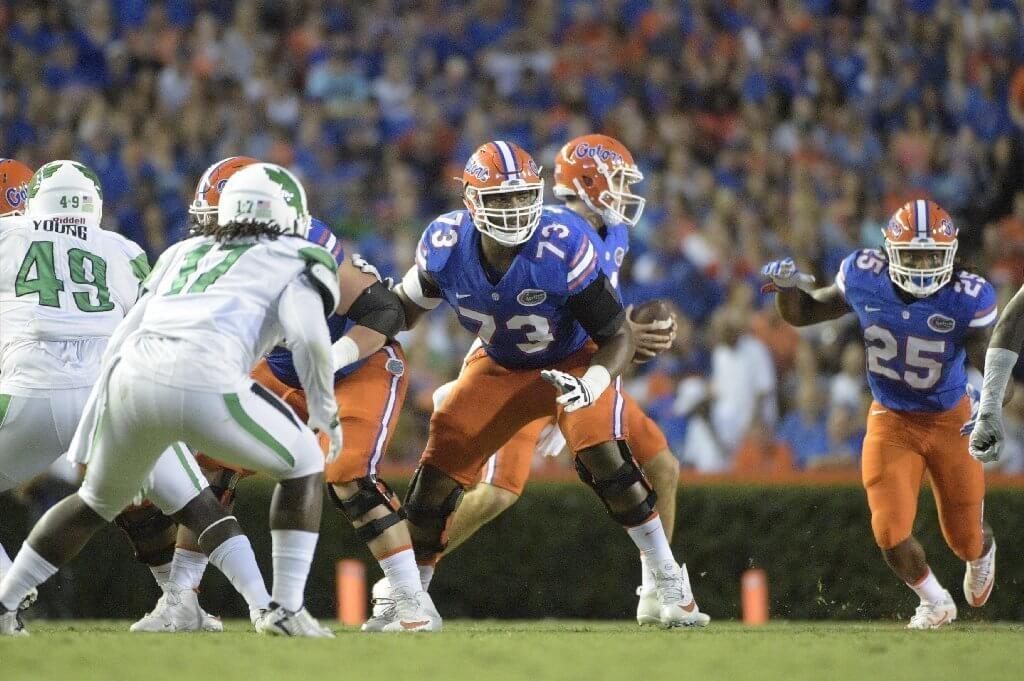 In February of 2015, Jim McElwain finished up a decent recruiting class in a strong fashion by signing defensive end Cece Jefferson and offensive tackle Martez Ivey on Signing Day. Three years later, Dan Mullen successfully re-recruited them to stay on for their senior seasons, and added them to an already strong recruiting class.

Ivey announced on twitter last night that he plans to return for his senior season.

It's only right to finish what I started with my brothers. 1 more year. Go gators🐊 pic.twitter.com/KOYV6H7w8B

That means the Gators will return their entire offensive line plus in 2018, including Tyler Jordan, Brett Heggie, Jawaan Taylor, TJ McCoy and Fred Johnson. Ivey has started 31 games in his career, and between the six returning linemen, Florida will have 119 starts worth of experience.

This is a huge get for the Gators by any way you want to look at it. And for an offensive line that’s struggled at times over the past few years, there’s reason to believe that 2018 will be the year they put it all together.