Uncategorized LSU ducked Florida, and is unwilling to reschedule game 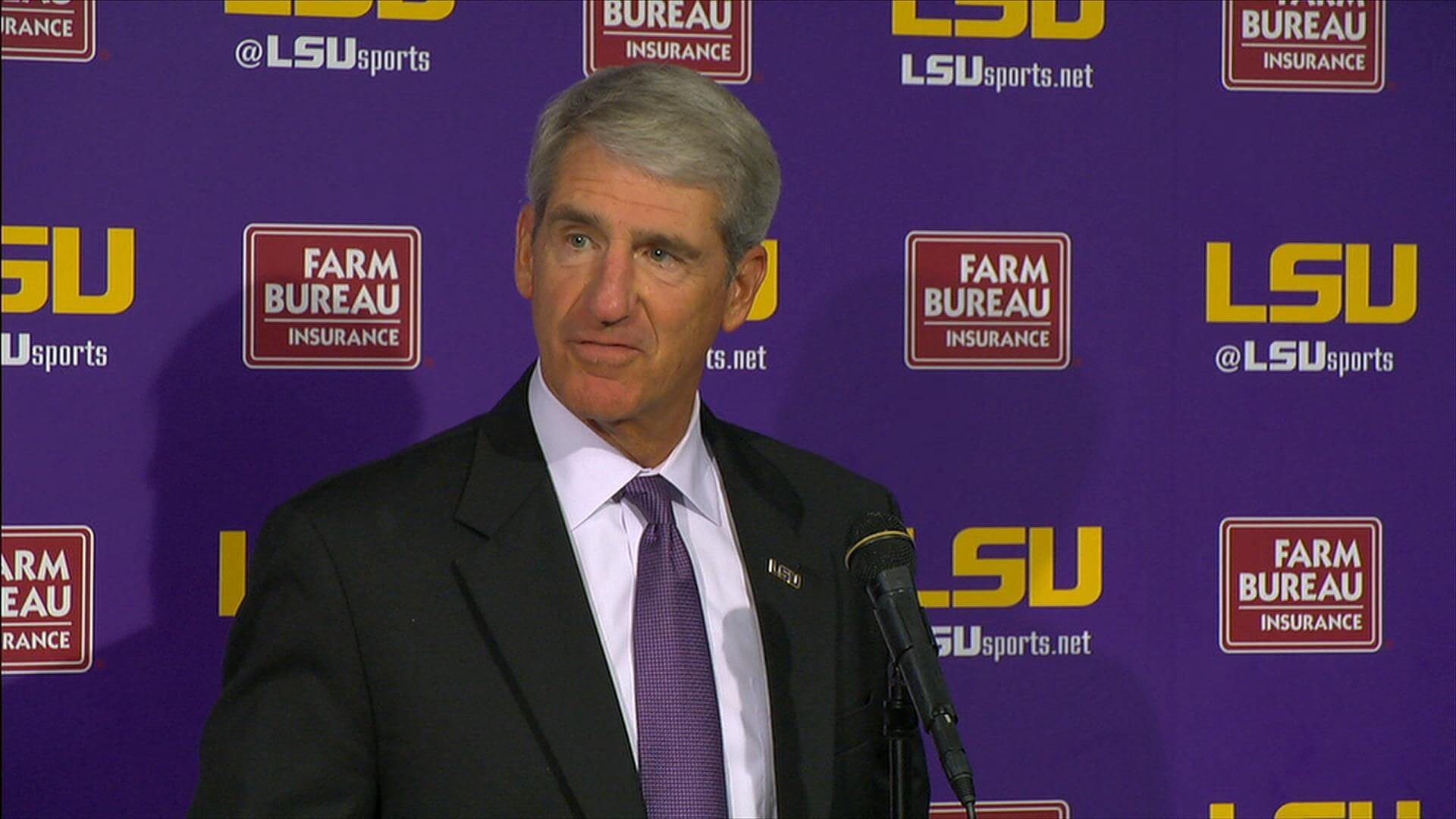 Nice try, Joe Alleva. But your attempt to play people like a fool has been uncovered for what it was.

The short of it is, LSU was given a very realistic option by Florida to consider in terms of rescheduling the game that Hurricane Matthew postponed- and turned it down.

I’ll get to what it was momentarily- even though by now we probably all know what it was- but first, let’s dispel one thing: LSU, not Florida, does not want to play the Florida-LSU game this year. They really don’t. And given that their athletic director, Joe Alleva, has publicly whined about playing Florida annually, I can’t say I’m surprised.

Oh no, if you thought I was kidding, I wasn’t: 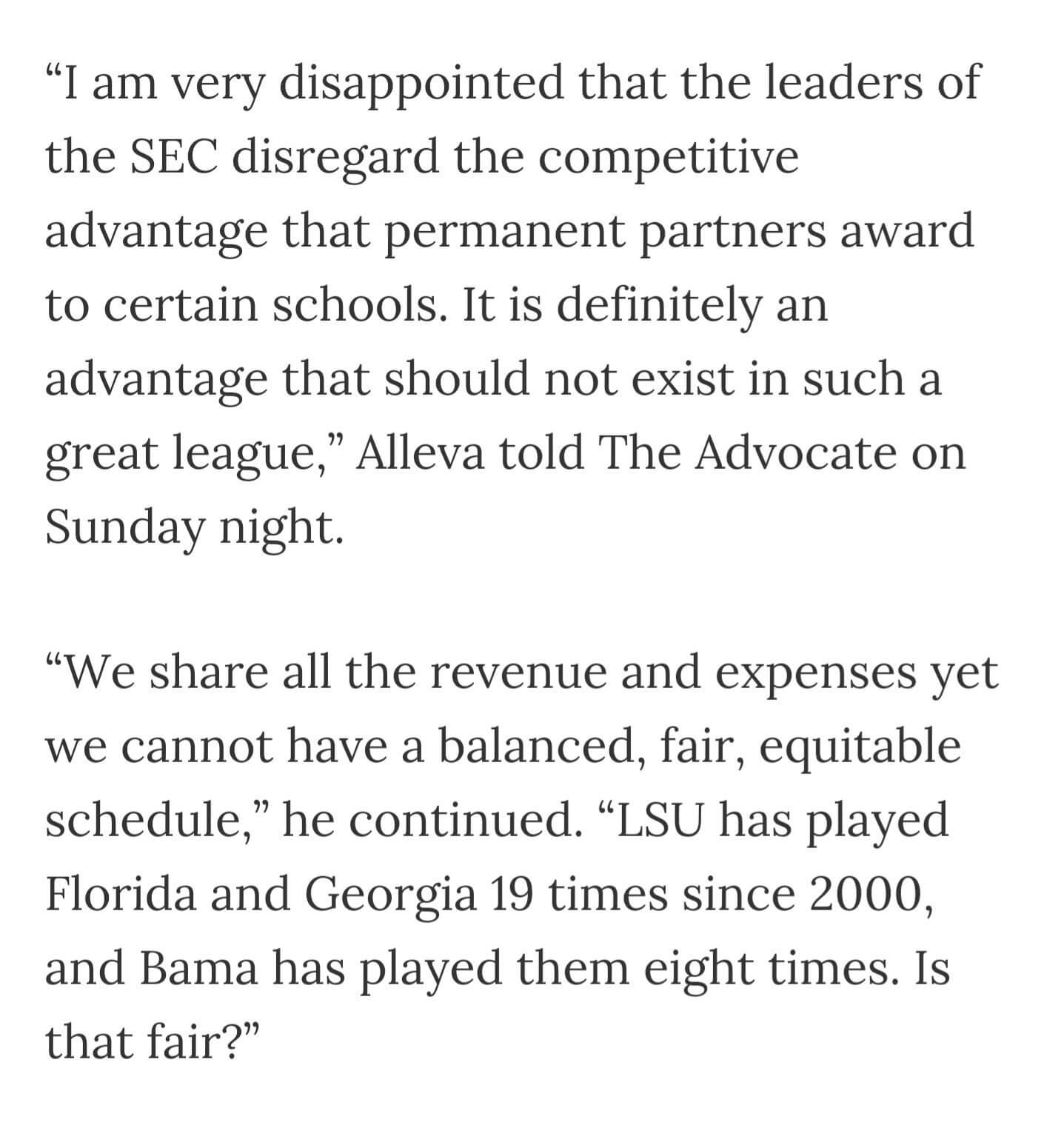 That quote from two years ago merely sets the stage for this little saga. Here’s the story of what happened, per four different sources (note for non-journalism people: two unrelated sources is considered enough to write a story on, so four….)

After the game last Saturday between Florida and LSU was postponed indefinitely due to the hurricane, Florida offered to play LSU on November 19th. That would force both schools to cancel their previously scheduled games against cupcake opponents, which isn’t ideal- but then again, this whole situation isn’t ideal. However, Alleva didn’t appreciate that Florida would even dare to propose a scenario that would include them losing a home game for a game that he doesn’t even want to play, so he shut down the negotiations right then and there.

But it doesn’t stop there. Alleva is apparently so pissed off at Florida that he then played the media like a fiddle. Alleva actually denied that Florida had ever offered the November 19th date, which created a public perception that Jeremy Foley and Florida were ducking the game. That’s called a lie, girls and boys, and that’s a strange way to retaliate; sending the media and college football world as a whole after your rival for an act of cowardice they’re not responsible for because they want to make up a game you want to avoid seems like a move made out of desperation.

Backing up the proof we already have that it was a lie, though, was the anger he displayed at playing the game on November 19th when he eventually had to address it. I mean, he denied the offer for November 19th was ever made, but all that did was buy him more time. After initially lying about the date ever being presented as a possibility, he could no longer ignore the possibility like it had never been presented to him because he had just addressed it. And he then came out with a firm paragraph long response that equates to “hell no.”

You think you’re funny, Joe Alleva? You get amusement out of this? I hope you got your money’s worth, because now you’ve made an absolute jackass of yourself. Enjoy that reputation you’ve created.

Make no mistake: Florida is not ducking LSU, and anybody who still believes that either enjoys being factually incorrect or is deluding themselves. It’s the other way around. UF has every intention of playing this game.

So where does that leave the status of the game?

As it stands right now, Alleva’s refusal to play on November 19th leaves the SEC two options. One, the league could tell LSU to grow up and head down to Gainesville on November 19th, even if that means playing three straight road games (although really, with all the whining they’ve done lately, they really deserve it). Or two, push back the SEC Title Game a week and play this game the day it’s supposed to take place, on the first weekend of December.

Whatever happens, this year will be remembered for LSU’s disgraceful maneuvering of this game.

If y’all really didn’t want to play Florida, you could have just said so.

30 thoughts on “LSU ducked Florida, and is unwilling to reschedule game”