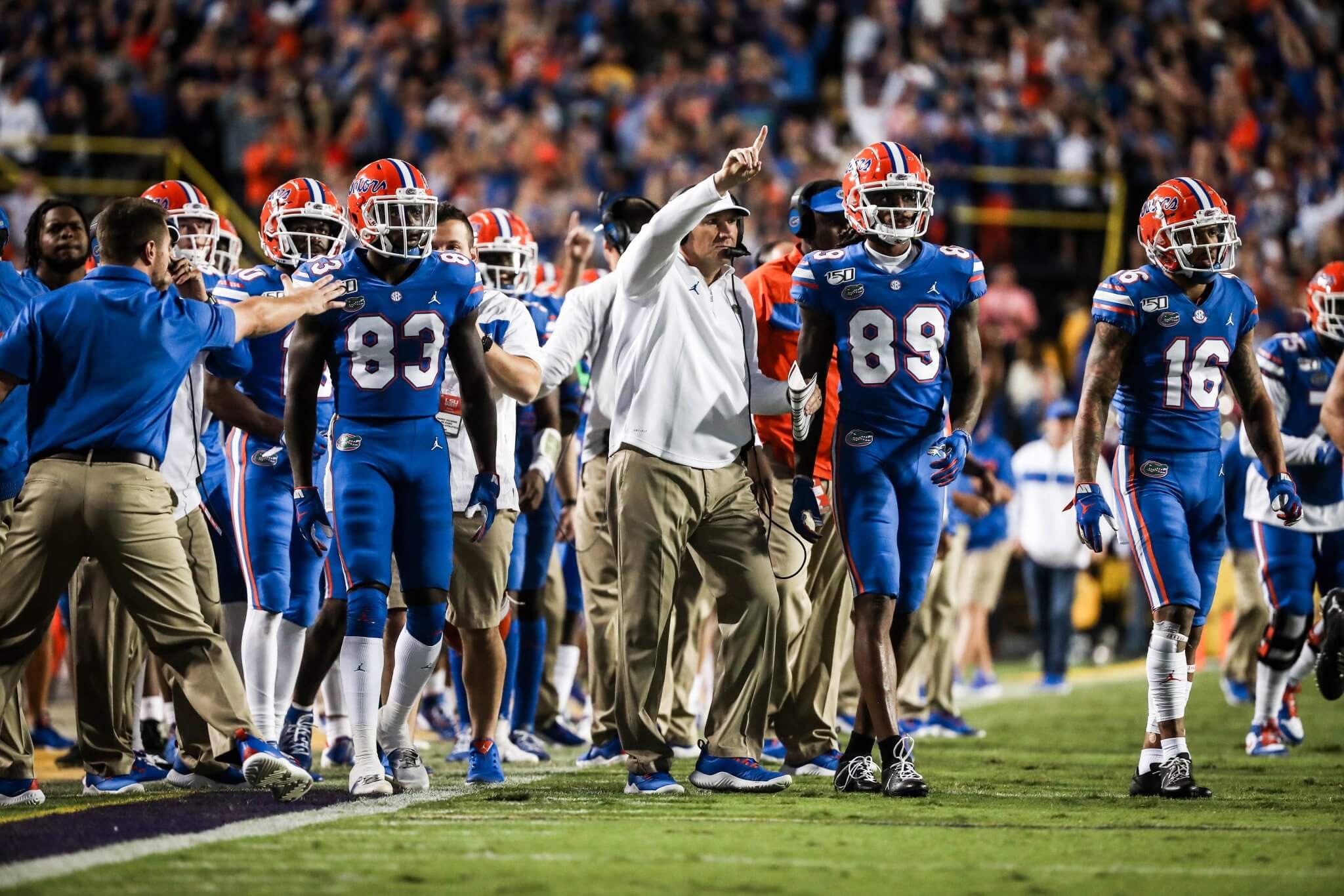 The 7th ranked Gators fought. They clawed. They responded to every big LSU haymaker on Saturday night, leaving the game’s outcome very much in doubt until the very end.

In that very end, though, LSU was just too much, and Florida eventually went down, 42-28, for its first defeat of the year.

The loss has absolutely zero long term repercussions for the Gators in terms of meeting its goals. Everything that every Gator team strives for back in summer practices sits within this team’s grasp just the way it did before this game kicked off; Florida still controls its own destiny to the SEC Championship Game, and thus to the College Football Playoff.

But the loss also came with a price. Jonathan Greenard’s ankle injury- which he’d been battling for over a month now- finally took its toll and forced him to sit out the contest. That, along with a less than 100% Jabari Zuniga, left Florida’s defensive front unable to provide any sort of pressure on LSU quarterback Joe Burrow. And his absence made all the difference.

LSU’s first drive stalled and ended with a missed Cade York field goal, but the Tigers quickly bounced back with a lightning strike that covered 66 yards in two plays to start the scoring. But Florida would fight right back as Kyle Trask found Trevon Grimes in the back of the LSU end zone to tie the score at seven. Both teams would then have to punt on their ensuing drives, keeping the score tied at 7-7 at the end of the first quarter.

Then the points started coming in bunches.

First came a five play, 82 yard scoring jaunt that Burrow capped with a seven yard touch to Justin Jefferson and a 14-7 lead. Florida then responded by churning out a laborious, 13 play, 75 yard drive that stalled on the shadow of the LSU goal line; Mullen, perhaps sensing that his defense couldn’t stop LSU and his offense was working much harder for its points than LSU was for theirs, elected to go for it on fourth and goal with Emory Jones at the controls. Facing immense pressure, Jones backpedaled and then heaved a jump ball into the middle-right corner of the end zone, where LaMical Perine fought off his defender and corralled it off the deflection to tie the game at 14.

That decision by Mullen to go for it looked even better when the Tigers went flying right down the field again. This time, it was Clyde Edwards-Helaire who got the glory, busting off a 39 yard touchdown run to put LSU up 21-14. And again, Trask and the Gators responded, manufacturing another long 75 yard touchdown drive that Trask finished by connecting with Van Jefferson for a six yard score with nine seconds left in the half.

As a byproduct of winning the coin flip and deferring, Florida started the second half with the ball. And they took advantage of it, marching right down the field and paying off the drive on the second Trask-to-Jefferson scoring hookup of the night to go up for the first time. Now it was LSU’s turn to rally back from a deficit- and of course they did, marching 75 yards on eight plays and capping it with another Edwards-Helaire touchdown run to knot the score at 28.

Then came the turning point in the game. Florida had matched LSU strike for strike despite having less natural firepower, and they had done so due to playing a relatively clean, mistake free game. That ended when Stone Forsythe was randomly called for a hold inside his own twenty (well, it was either random that the refs flagged Forsythe for the same exact jersey grab and pushback that they let LSU get away with all game, or something nefarious. I’ll let you judge!) and pushed the Gators back. A three and out as a result of that hold, followed by a delay of game penalty that pushed Tommy Townsend even further back into his own end zone, gave LSU great field position even after a fantastic punt two yards shy of midfield. And naturally, LSU capitalized on that, with a 33 yard Tyrion Davis-Price touchdown run.

Fast forward two possessions, including an odd three and out as a result of a pair of Emory Jones runs up the middle that went nowhere. Down 35-28 early in the fourth quarter, Trask and the Gators tried to rally once more. After a punt pinned Florida back to its own 8 yard line, Trask guided Florida all the way down into the LSU red zone. But Trask’s 3rd and 1 end zone shot was picked by Derek Stingley Jr. for the first and only turnover of the game, and moments later Burrow found JaMarr Chase streaking down the right sideline for a 54 yard knockout punch.

To their credit, Florida still had one last punch in them. Despite the bleak odds, Trask led Florida  all the way down to the LSU 2 yard line. But the Tigers again snuffed out the threat by blasting Trask in the backfield on the fourth down option run, and that was that.

So Mullen’s Gators, who remember were down Greenard, Kadarius Toney and were using a less than fully healthy Jabari Zuniga, definitely get an A+ for effort. Despite the fact that the 42-28 loss was actually the most lopsided margin of victory for either team in the series, the Gators stood jaw to jaw with a top five opponent in their house for three and a half quarters, and even when they were down double digits with five minutes to go had one final salvo left in them. And while of course it’s better to win a game than it is to lose it, in a game that mattered not the least in terms of accomplishing their preseason goals, the result was every big as encouraging as one could have hoped.

Because despite that depleted starting lineup, Florida fought, clawed, responded to every LSU punch with one of their own- and proved that college football hasn’t seen the last of them in 2019.