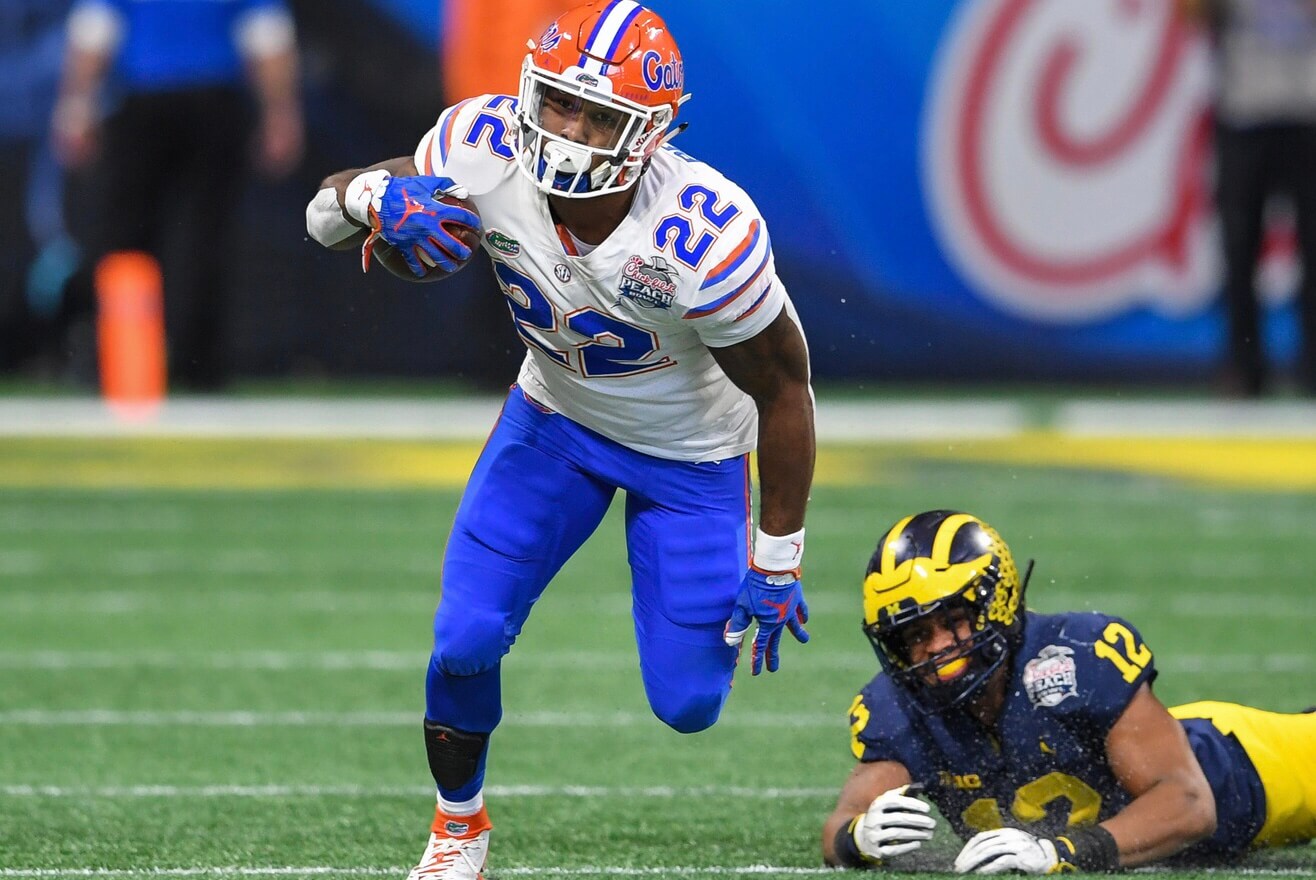 Florida’s presumed starting running back, LaMical Perine, was nothing short of a quote machine at the SEC Media Days yesterday. From declaring how he defiantly told Nick Saban “no” during his recruiting process, to (correctly) labeling Florida fans as “bipolar”, he definitely gave the surrounding media what they wanted.

But his real head-turner yesterday was his opinion on the Florida-Tennessee game:

Admittedly, there are risks involved saying things like that, not the least of which is some truly abhorrent treatment of anything in Gator blue the next time the teams clash. You know, just so that the Checkerboard Crazies can “prove” their hatred of the Gators and use the examples of the terrible things they do as “proof” of what a rivalry it is. And then there’s the bulletin board material aspect of it. The last time a Gator player said something inflammatory about Tennessee- Quincy Wilson’s “duck pulling truck” comment- Florida lost to Tennessee, a game that still stands as the Vols’ only victory over the Gators since Urban Meyer arrived in 2005.

That’s beside the point, though, at least for now. Because if we’re just going by what happens on the field, what Perine said is absolutely correct. Florida and Tennessee are not rivals. They’re just not.

Historically, Tennessee sits about seventh in line for the title of “rival.” Florida has far deeper, richer traditions with six different teams than they do with Tennessee: Auburn, Alabama, LSU, Georgia, FSU and Miami. Auburn used to be what Florida-LSU is now, Miami used to be what Florida-FSU is now, Alabama and Florida have a storied history of squaring off on the unique stage of the SEC Championship Game, LSU is up there with Georgia and FSU after the Hurricane Matthew disaster, and Florida’s rivalries with Georgia and FSU are widely recognized as being among the greatest rivalries in college sports.

If you’re one who likes to factor recent events into your application of the “rivalry” tag, Tennessee is even lower on the list of Florida’s rivals. They’re ninth, maybe even tenth. The Gators have suffered significantly more at the hands of Missouri and South Carolina over the past decade and a half, and if you really want to be shortsighted, you could theoretically make the argument that in 2019, Kentucky is a bigger rival than Tennessee since the Wildcats beat Florida more recently. I don’t subscribe to that, personally- I’m of the opinion that rivalries have to be built over time- but that argument is closer to legitimate than it is to ridiculous.

And with Florida and Tennessee, the only thing that’s built over time has been Florida’s complete and utter domination.

It’s not just recently, either. Florida’s won the last two, and thirteen out of the last fourteen over Tennessee, but the Gators have actually owned the Vols for several decades now. Just before Florida ripped off its eleven game streak from 2005-2015, the Vols had enjoyed a rare run of success in the series, winning three out of four, and two of those three (2001 and 2004) were especially galling. But that was nothing more than a blip on the radar, as it came on the heels of Florida winning seven of the past eight over Tennessee from 1993-2000. And though Tennessee did win two out of the first three meetings over Florida since the series became annual in 1990, the Gators had ripped off four straight before that over a two decade span.

So add that all up. Not only have the Gators won the last two in the series, but they’ve also won 13 of the last 14, 21 of the last 26, and 26 of the last 33 meetings. And a breakdown of this series by decade is no more favorable toward the Vols: Florida won the 1970’s and 1980’s 4-2, owned the 1990’s 7-3, went 7-3 over Tennessee again in the 2000’s and currently sits at 8-1 in the 2010’s with one game remaining. That is not the DNA of a rivalry, because by definition, a rivalry features two sides competing for something. Streaks of four or five in a row are not uncommon for a rivalry, but once you start flirting with a team batting .800 in a series over a 30+ game stretch (Florida’s 26-7 record against Tennessee since 1976 is a percentage of 78.79%), it begins to get extremely difficult to rationalize giving it that title.

And the fact is, having so many rivalries is unhealthy. College football rivalries are special because they’re renewed once a year, requiring a different level of preparation and energy than the other games. Having two or even three of them on your schedule a year is fine, assuming they each have their own rich histories that justify it- which Florida’s rivalries with LSU, Georgia and FSU definitely do- but any more than that, and they all get diluted. For Florida, 2019 is unique in that the Gators bring two old rivalries back to the schedule in Auburn and Miami; considering Tennessee as a rival would mean that literally half of Florida’s twelve scheduled games are rivalries. When half your games are “rivalries,” is any one of them a true rivalry? Is it really?

So Perine is right. Obviously, you want to win every game you play, but there are certain games that you want to win that much more and Tennessee simply isn’t one of them for Florida just because Florida is one of those games for them. Until the Vols can string together several consecutive wins and prove otherwise, this is just another game for the Gators.

3 thoughts on “LaMical Perine says Tennessee isn’t a rival, and he’s not wrong”