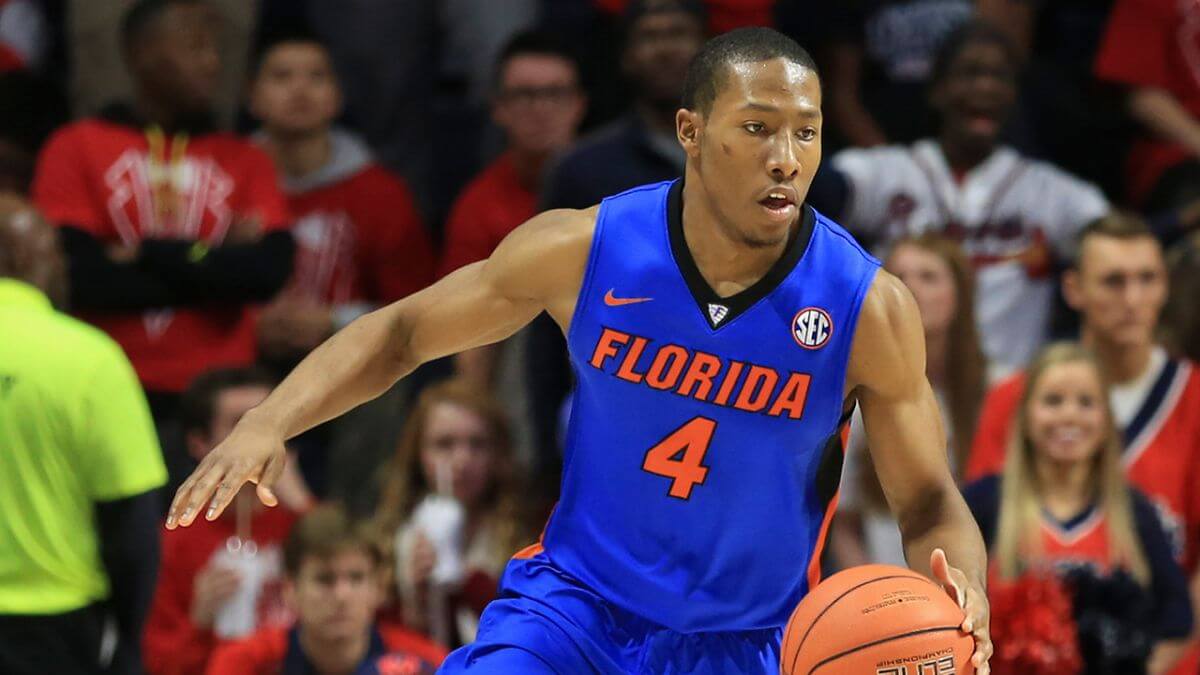 So much for a tough road test.

Florida scored the first eight points on Saturday night and was never really threatened after. The result? A crucial 80-71 win over a solid Mississippi team on its home floor- the first defeat for the Rebels at the sparkling new arena, dubbed The Pavilion.

Winning conference road games is the mark of teams that compete for spots in the big boy tournament come March, and after a flop in Knoxville and one that got away in College Station, the Gators desperately needed a victory Saturday night. Getting it, and in the process delivering Mike White a win in his first matchup against his alma mater as Gators coach, is a high-water mark in the season. But given the improvements the team is making, it doesn’t need to be the high-water mark.

Here are four thoughts on the Gator win:

KeVaughn Allen is doing what elite freshmen do, playing at a high level in conference play.

Allen was advertised as the best player Florida had recruited since Bradley Beal. This isn’t to compare the two: Beal was a lottery pick, slightly bigger and a more complete player, particularly as a passer and rebounder. But it is to suggest that Allen has pro-level talent and is developing at a rate a Gators freshmen hasn’t since Beal, which Thomas Goldkamp correctly noted here:

Brad Beal was great at Florida, but took him probably 3/4 of the year to truly assert himself.

Most quality freshmen are ready to contribute come March; elite freshmen turn the corner much sooner, usually by the start or early in conference play. Allen is in the latter category. This started with the monstrous night against FSU, and continued through the first three games in conference play. But Allen struggled against LSU a bit and largely due to early trouble, was miserable at Texas A & M. A bounce back performance was critical to a victory, and Allen delivered, with 6 of 7 three point shooting, 27 points and 6 rebounds.

The three point accuracy is white hot, but if Allen can hit around 35 percent going forward, this team team that should feel fairly good about its chances to win given how disruptive they are defensively. The rebounding, while a quieter number, is also critical. Billy Donovan used to emphasize his guards helping on the glass, and given the size limitations of Chiozza and Hill, Allen getting above 5 on any night impacts winning.

All said, it was a great night for Allen, playing reasonably close to his home town of Little Rock, and it was strong evidence of a position I took early in the year, which is that Allen is by far the best pure scorer Florida’s recruited since Kenny Boynton, a player who of course won a ton of basketball games in a Gator uniform.

Dorian Finney-Smith had a terrific week.

The senior nearly willed Florida to a win in College Station and set the tone Saturday night, hitting a three to open the game and drawing a second foul on Ole Miss guard Stefan Moody with a drive early in the game.

Finney-Smith averaged 17 points and 11 rebounds on the two game roadtrip, but it is his leadership, whether it be calling out defenses loud enough for the TV to pick up, or huddling the team up on multiple occasions, that has improved dramatically this season.

Finney-Smith served a suspension at the beginning of last year and never seemed ready to lead a team that craved leadership from somewhere other than the head coach last season. With Michael Frazier playing with a foot out the door most the year, the younger Gators turned to Finney-Smith and he wasn’t quite ready.

That hasn’t been an issue this year. Doe-Doe is the unquestioned leader of the basketball team and on a road trip this team needed to split to harbor realistic tournament expectations, Finney-Smith delivered.

The Gators must clean up the turnovers this week, but have a chance to win two games against lesser, albeit improved Mississippi State and Auburn teams.

Florida left Gainesville averaging the fewest turnovers per game of any club in the SEC; they return home for two games having turned the ball over 34 times in two contests. Live ball turnovers in particular were of concern to Mike White after the victory. White noted that KeVaughn Allen and John Egbunu in particular continue to struggle in that department.

Allen turned the ball over 8 times in two contests, with at least three of those turnovers being responsible for transition baskets. Given how tenacious Florida defends, giving opponents any easy buckets is unfortunate; given how Florida can struggle to score, it is also very costly.

Egbunu continues to struggle as an interior passer, particularly when he’s double teamed on the catch. When he takes decisive action on the catch, he’s a plus-post scorer, with good footwork and a nice touch. But too often Egbunu seems to survey the defense after receiving the ball. He needs to hasten and improve his decision-making to avoid turnovers, as it has become clear good teams and bad teams alike are going to double him on the catch.

Nonetheless, clean these things up and Florida has a chance to enter a brutal stretch of schedule with a 5-2 conference mark. Ben Howland’s Miss State team has been competitive all year, with only one really bad loss (at Florida State) to speak of. But they haven’t defended like Howland teams (135th in defensive efficiency) and Florida-UCLA jokes aside, it is with defense that Howland has won so many games. Expect the Bulldogs to trap and hedge, particularly against Florida’s smaller guards, which will be a challenge, but Howland, who has a fine recruiting class on the way, doesn’t quite have the personnel to match Florida’s yet. It is a game the Gators should win.

Florida should also win a battle of small guards Saturday night against Auburn. Bruce Pearl’s team upset Kentucky at home Saturday evening which was a splendid win for Pearl’s program, but his team has played like McElwain’s famous dead fish on the road and recently lost by 20 at Missouri in a game that wasn’t even that close. Florida should win that game too, which would take the club to 13-6 and 5-2 heading into a difficult week at Vanderbilt and home against highly ranked West Virginia and that funky zone.

Chris Chiozza is playing at an all-conference level.

Chiozza won’t be 1st team All-SEC because the league featuresTyler Ulis, the nation’s best PG.But since becoming the starter, Chiozza has done exactly what Mike White needs his point guard to do, take care of the ball and make life easier on a team that doesn’t shoot the ball well by getting them in the ball in high-percentage areas. He’s done both at levels rarely seen in this program.

For perspective, Chiozza’s assist to turnover ratio currently sits at 4.3 to 1. He has 73 assists on the year, but has averaged 6.7 per in the last three games. Nick Calathes, considered by many Florida’s most prolific passing point guard, averaged 6.3 a contest between 2008-2009. More importantly, Calathes career assist to turnover margin was just a shade over 2-1 (452 assists, 223 turnovers), which is of course nowhere in the vicinity of Chiozza’s present rate. That’s startling stuff.

The only Gator point guard that ever had comparable assist to turnover numbers? Taurean Green as a junior, who averaged 3.4 helpers for every turnover. That’s elite company, and partly why we’ve seen an improved Gator offense the last couple weeks.

2 thoughts on “KeVaughn Allen Shines, Other Thoughts on A Critical Gators Road Win at Ole Miss”