Gator Football Jim McElwain and Scott Stricklin: A marriage destined to end in a divorce 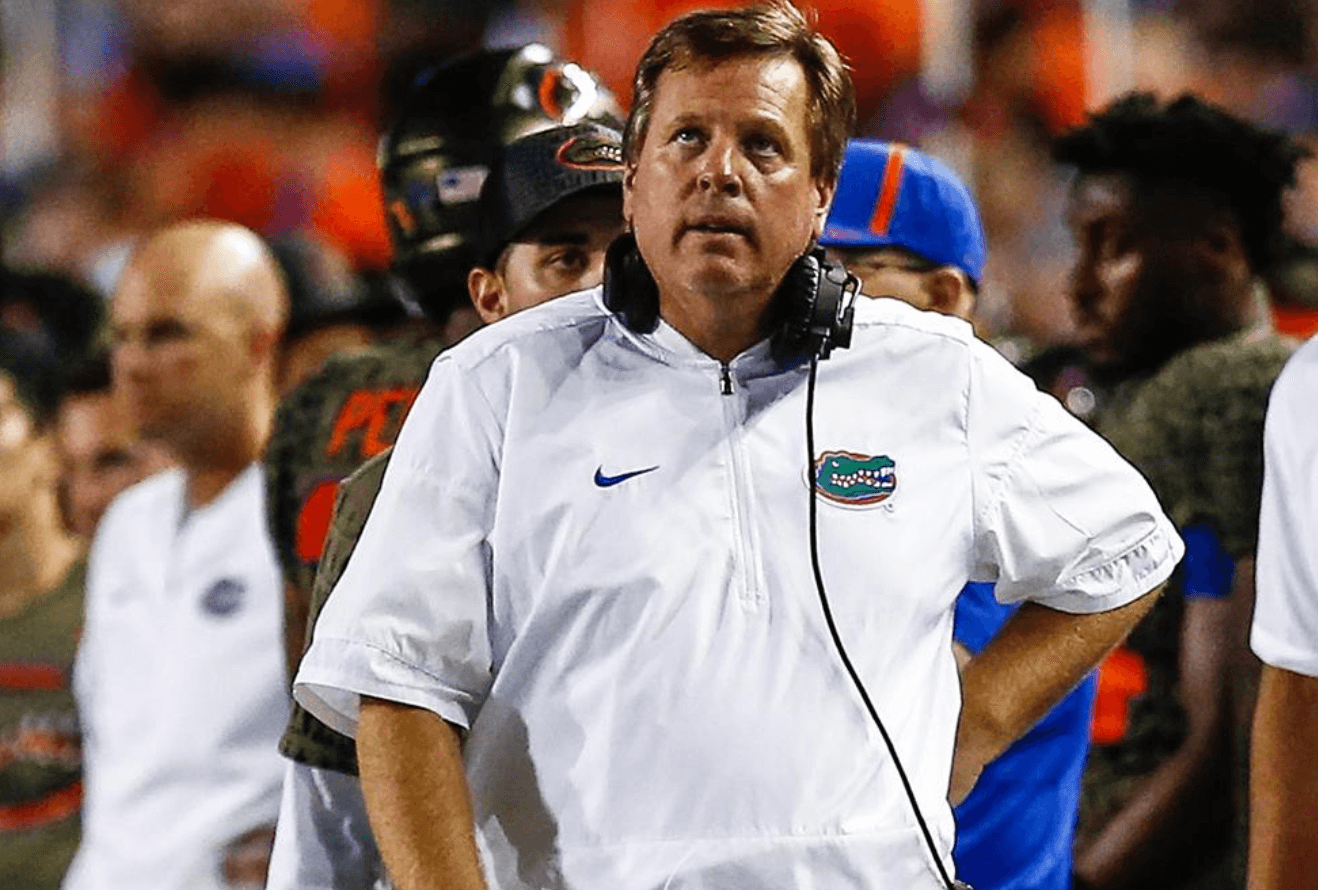 It was a Monday after a bye week and Jim McElwain steps to the podium to address the media after losing two in a row. He begins to talk about the Georgia Bulldogs and then offers up a detail that no one was expecting: he tells everyone that he, his players, his coaching staff, and their families have received death threats from fans over Florida’s bad 3-3 start.

This isn’t where it began, though. This is the point where it ended.

Jim McElwain’s tenure at Florida has been up and down at times but mostly up. He’s compiled a 22-12 record as Florida’s head coach (which is OK, but not great), he has the Gators currently with the 6th ranked overral recruiting class in 2018 and the #1 recruiting class in the SEC for 2018. Things had a chance to improve on the field. But as Florida’s athletic director Scott Stricklin told us last night in his press conference, “it was more than just wins and losses”. So where exactly did this marriage seemingly head for destruction?

Scott Stricklin said yes to almost every demand that McElwain had. Florida is building a new baseball facility so the football facilities can be moved into a nicer and larger unit, at McElwain’s request. McElwain got his staff members pay increases this summer and extensions. But when McElwain after coming off of a big win made a comment about the administration’s level of commitment to his program in the post-game press conference of last year’s Outback Bowl, things started to spiral out of control.

Then, in the summer of 2017 a photo surfaced online of a man naked on what appeared to be a dead shark on a boat. The photo appears to be a man that looks very similar to Jim McElwain. This is addressed at SEC media days in Hoover, Alabama in July. Jim McElwain was asked about it and got very defensive and said, “it’s not me and my family has experienced harassment over this photo” in an angry tone. McElwain had a chance to be funny and likeable and laugh it off and joke about it but instead chose to be distant, dismissive, and downright defensive over it. After that, some of Florida’s players (including star wide receiver Antonio Callaway whom McElwain has given many chances to) are suspended for a credit card fraud scheme that stretched across the United States with as many as 12 victims. Although McElwain is directly not responsible, many question his discipline towards his team and if he has “lost control” of his program.

Then comes the on-field portion.

Jim McElwain has 6 months to prepare for Michigan. A very good team with what many think is a premier coach in college football in Jim Harbaugh. Florida goes out and looks terrible in what is dubbed as the biggest opening game in Gators football history and gets embarrassed on national television. Florida then wins its next three games before losing its next two at home to unranked teams.

Then we circle back to Monday, October 23rd. Jim McElwain accuses fans of death threats and puts the University Athletic Association into a panic. When you accuse someone of such a severe crime you better be able to back it up. Jim McElwain cannot and the university issues a statement that throws McElwain under the bus. And it was at that moment that the University of Florida filed for divorce from Jim McElwain. The wins and losses frustrated the fans but there were things behind the scenes that were even deeper and problematic than any of us could have known that frustrated those that sign the paychecks.

And just like many marriages do, this one ended with irreconcilable differences.

7 thoughts on “Jim McElwain and Scott Stricklin: A marriage destined to end in a divorce”