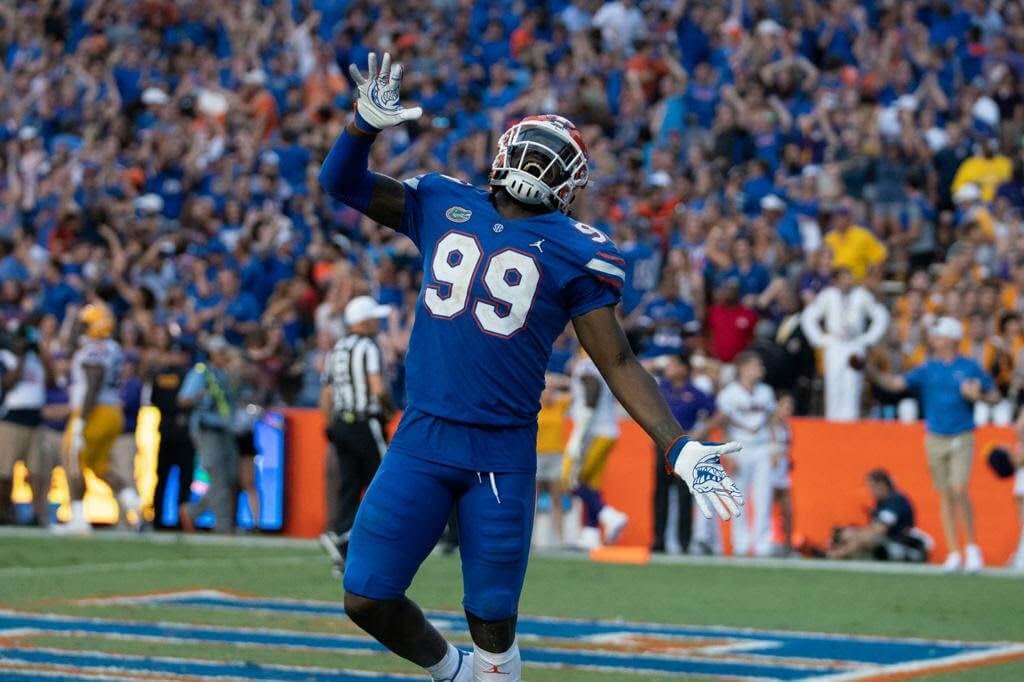 Another Florida Gator is off the board.

The New York Jets needed a pass rusher, and they used the 68th overall pick (third round) to import a tenacious one in Florida DE Jachai Polite, who becomes the second Gator taken in the 2019 NFL Draft after OT Jawaan Taylor. Polite also becomes the 346th all time NFL Draft selection from Florida.

Polite left school early in hopes of being a top ten pick, but an underwhelming series of offseason workouts (namely, his combine and Pro Day) killed those chances. Denying his upside is silly, though; he’s a first round talent who fell because people chose to care more about offseason numbers than three years of film- including a junior year that yielded 19.5 tackles for loss and eleven sacks.

Polite possesses the devastating hat trick of an explosive first step, extreme corner-turning quickness and fatal closing speed. He’s got a nose for the football that everybody from Georgia to LSU has been unfortunate enough to experience, and has been at his best when the lights shone the brightest. He has a dizzying array of pass rush moves that include terrifying swim and rip techniques, and he finishes plays by going straight for the football with whatever part of his body he can introduce to it. And all that is trivial compared for his motor, which is tied into his ridiculous work ethic and drive. He’s been known to come off the edge as a blitzer, follow the screen pass to the side of the field he is running towards and then flag down the ball carrier. He did this twice against Tennessee in 2017- once forty yards down the field.

Polite may have lost money on his rookie contract by falling as low as he did, but if he displays the same grit he did at Florida in the NFL, he’ll make it back and more with subsequent contracts throughout a long and lucrative professional career.