Gator Football Introducing the “Gator Good Foundation,” and our 2019 fundraiser 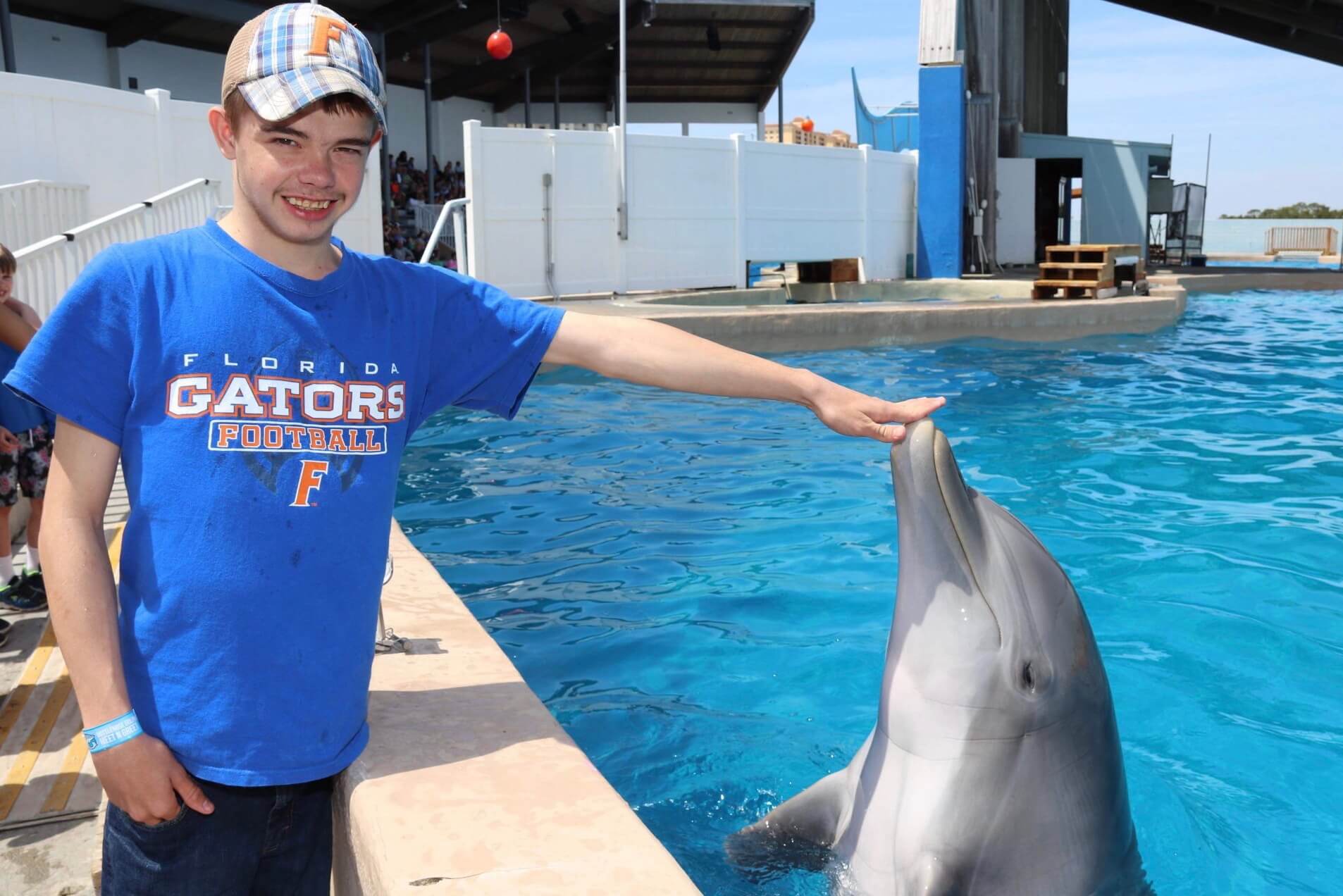 Part of what makes being a part of the Gator Nation so special is the unbreakable passion we have for our team. Every Saturday in the fall feels like a holiday, every weekday a chore that we must labor through in order to get to that holiday, and every offseason unbearable as we wait for those 12+ holidays to come around once again.

But for some, Gator football isn’t so much a holiday as it is an escape from some less than ideal situations.

In 2018, Florida fans caught wind of an unfortunate situation regarding a young man named Kentavien “Scoot” Walker Jr., a 21-year-old boy with a learning disability. Kentavien loves football, so much so that he served as a manager for the Crisp County Cougars High School football team in southern Georgia. Unfortunately, some of the players he was trying to help thought it would be funny to bully him, and his mother Kimberly expressed her hurt and her anger for her son on Facebook. That post from Kimberly soon made the rounds and generated enough publicity that our fan base was able to start a GoFundMe to help Scoot receive something he’d always wanted but could never even imagine doing because of his family’s situation: a trip to the Swamp to watch his Gators play in person.

Scoot had the day of his life. He got a tour of the stadium, met different fans who welcomed him into their tailgates, and got to watch the Gators come back from a three-score deficit for the second time in four games to stun South Carolina, 35-31. And for an added bonus, he got to meet some of the players after the game as well. It was truly a dream come true.

That GoFundMe was so successful that we’ve decided to do it again this year:

And after considering a lot of very deserving candidates, we’ve found our winner.

Meet Austin, a die hard Gator fan just outside of Nashville, Tennessee. He’s a sophomore in high school who suffers from autism, as well as a wide array of health problems that have been present since his birth. Some of the unfortunate effects that he has to live with include seizures, speech/learning disabilities, and many, many surgeries. But as his family explained to us, Gator football is how he pushes through because it provides him with an escape from his problems. However, he has never actually been to the Swamp, so we decided to launch our campaign to get him there for the Vanderbilt game on November 9.

That’s where you, the Gator Nation, comes in. You can help make that happen by donating to our #GatorGood2019 GoFundMe page, where you can also read more about his story.

Any amount that you can contribute is tremendously appreciated, and even if you can’t donate directly, sharing this article or that GoFundMe page directly can help raise awareness of it and that would be appreciated as well.

Now, a few quick things to explain about that page, and the campaign as a whole.

We want to do this for a different person every year going forward, and we also want to archive the success of preceding years’ campaigns. Because of this, the GoFundMe page is the same page from last year, and thus the “goal” bar lists $2,325 raised, but this does not take into account any of the money that we used for Scoot last year. So because we just launched this year’s version of the campaign, we have only raised $275 so far.

However, because you guys were so amazing last year for Scoot that we actually have $430 left over from his campaign. In order to track how much money we actually have for Austin, simply subtract $1625 from whatever the bar currently lists our donation total at.

Also, please do note that this year’s campaign is going to require more money than last year’s because of additional necessary expenses. It was doable for Scoot’s mother to drive him down from southern Georgia, but driving eight and a half hours down from Nashville and then eight and a half hours back isn’t feasible in this situation, so we will need to cover airfare for two people and a rental car this time around as well as tickets, a hotel room, food and some extra Gator gear.

Again, we thank you in advance for helping make the dream of someone less fortunate come true.