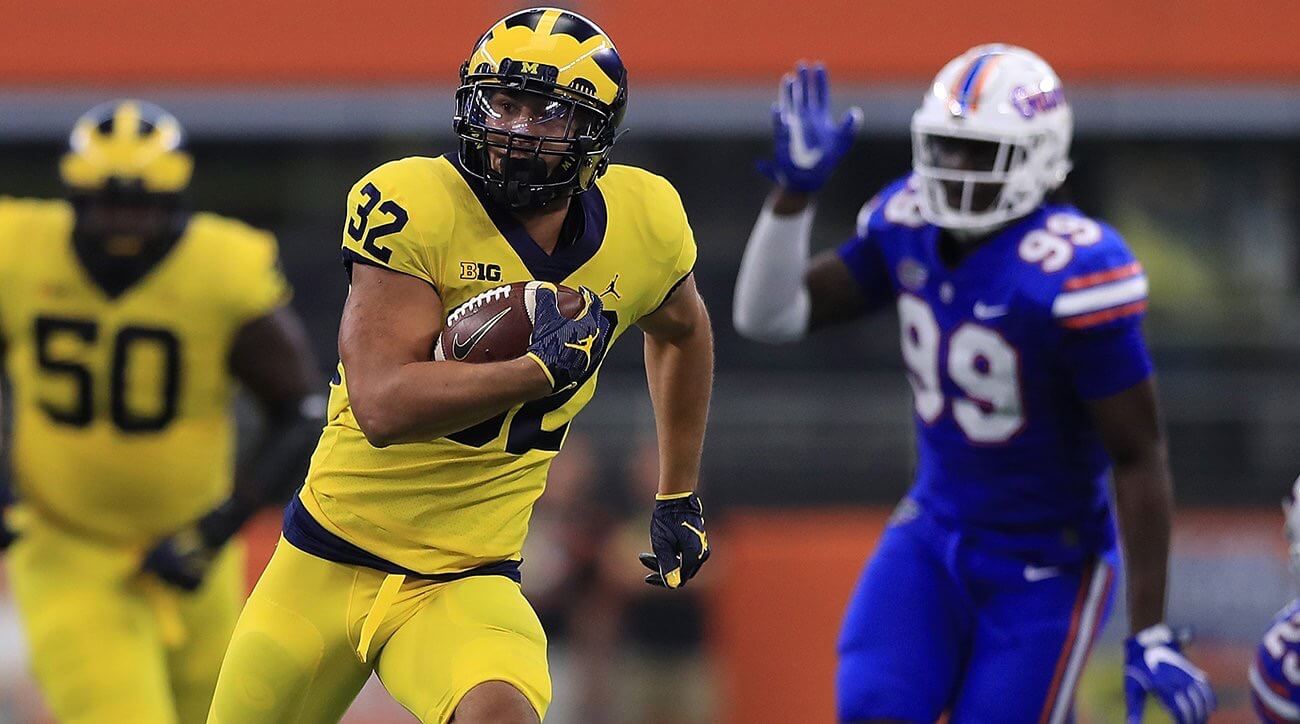 Synopsis: Michigan handed Florida a 33-17 defeat that was worse than the score made it look look to snap the Gators’ nation-leading streak of season opening wins.

It was over when: Noah Furbush recovered a Malik Zaire fumble in the end zone to create the final 33-17 margin with less than 90 seconds to go. And it was probably over before that, but this was the play that erased the last remaining doubts.

Turning point: Mark Thompson’s electric long touchdown run was called back due to a holding call that didn’t appear to have actually taken place. Had the play stood, it would have made the score 24-13 Florida late in the first half.

Main takeaway: Michigan absolutely DOMINATED the trenches. Florida could have played with fourteen men on offense and it wouldn’t have mattered. It’s a mostly veteran unit, too, and that’s more concerning than anything else. The line’s performance today isn’t necessarily an indication of what we’ll see from it going forward, but it leaves us with more questions than answers.

Game ball goes to: Michigan defensive coordinator Don Brown. No matter what Florida called, the Wolverines were in perfect position to shut it down. The Gators finished with just nine first downs.

Stat of the game: 8:1. Or 1/8. You tell me how you want to spin it when you see it. The Gators finished with over eight times more interception return yards (89) than rushing yards (11) for the first time in school history.

What to like: Florida’s defense can set up walls on interception returns better than most punt return units. And if all else fails, Duke Dawson could make a good return man. Also, Johnny Townsend might be the best punter in the nation.

What to work on: virtually everything else. Jordan Scarlett and Antonio Callaway getting themselves suspended didn’t help, but the Gators’ problems extend beyond that. Feleipe Franks looked promising, but given that Mac pulled him at halftime, I can’t be totally sure what to think about him other than what I thought coming in: he could be really good, but he also could not be. And we’re no closer to knowing what we have in him than we were this morning (which is partly due to McElwain inexplicably pulling him at halftime.) The offensive line, hyped up throughout the offseason, looked mediocre at the best of times and downright horrendous at other times. And the defense- talented and promising as it may be- may have even farther to go to reach its ultimate potential. I still think the D can improve into an elite unit by season’s end, but there seem to be a lot of growing pains on the horizon.

The outlook: this is as bad of a season opening performance as I can remember, and that includes the 2010 and 2012 horror shows against inferior MAC opponents. But maybe that’s a good thing. Recent previous openers yielded quick flashes of light onto the Gators’ issues, whereas Michigan shined a giant halogen light right at the issues and then bonked the Gators over the head with it. Florida knows exactly where it stands now- not in a good place- and maybe an early wake up call will ultimately prove more beneficial than an ugly win. Who knows? Nobody who graduated college five years before me has ever experienced a season opening loss before…

One thought on “Instant Analysis: Michigan dominates trenches to run over Florida”