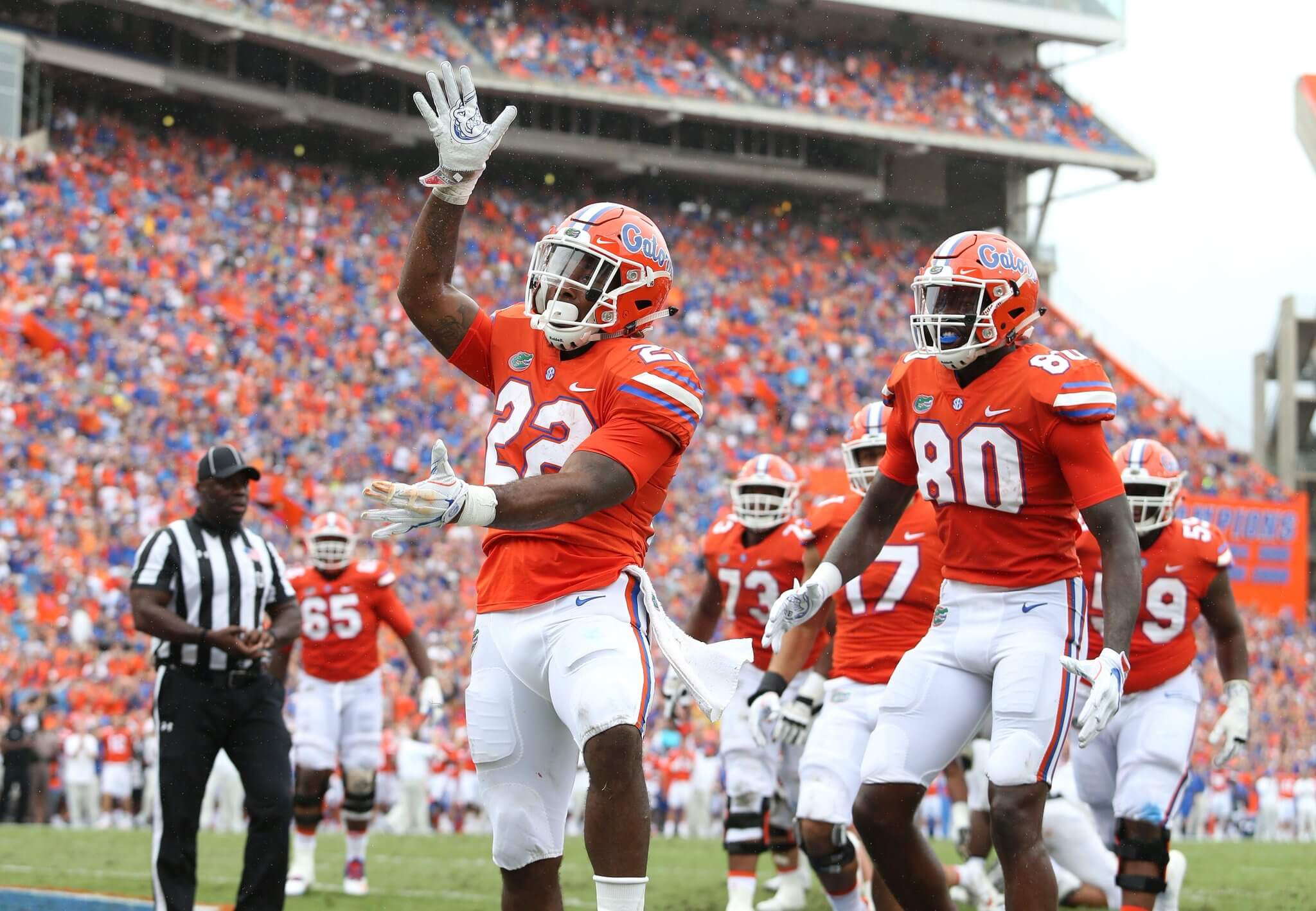 Synopsis: the Gators took care of Vanderbilt for the fourth straight time with a 38-24 victory in the Swamp, but lost quarterback Luke Del Rio to a season-ending shoulder injury.

It was over when: Malik Davis broke off a 37 yard touchdown run with 1:42 to go on fourth and one.

Turning point: late in the third quarter, Freddie Swain caught a tipped pass deep down the middle that was actually intended for Josh Hammond, but Franks overthrew it so badly that the closing safety was actually the nearest player to the ball. All he could do was deflect it further downfield- right into the arms of a diving Swain. Florida scored three plays later to take a 31-17 lead.

Main takeaway: Florida looked better on offense with the redshirt freshman Feleipe Franks at QB, and he’s got to be the guy going forward. Del Rio is no longer available, but that means Jim McElwain can’t mess around with the idea of using Malik Zaire, either. Sure, Franks brings the possibility of mistakes, but so does Zaire- and he’s a grad transfer.

Game ball goes to: Franks, who came in cold off the bench and fired a 49 yard rocket to Tyrie Cleveland to start his day. He wasn’t perfect by any means, but he was more than good enough with a 10-14, 185 yard stat line.

Stat of the game: 3-3. Florida converted on all three fourth downs they went for, including the game-clinching touchdown in the waning seconds.

What to like: Florida’s defense was downright awful in the first half, but rebounded nicely in the latter 30 minutes, allowing just 116 yards on five drives. And Franks showed some improvement from a week ago against Kentucky, although the deflected ball to Swain probably should have been picked.

What to work on: Florida did not appear to be very disciplined, and committed a plethora of foolish penalties. And one of them was having twelve men on the field. Come on. No excuse for that. Or for back to back false starts. That isn’t going to fly against LSU next week.

The outlook: this still isn’t a good football team, but it’s getting there. Jordan Scarlett and Antonio Callaway are now a distant memory as the emergence of Malik Davis and Kadarius Toney has actually made this offense better than it was a year ago. If the defense can build off of its second half and continue to improve, this may be a true contender to Georgia in the East after all.