Gator Basketball Guest article: both critics and supporters of Mike White have a point 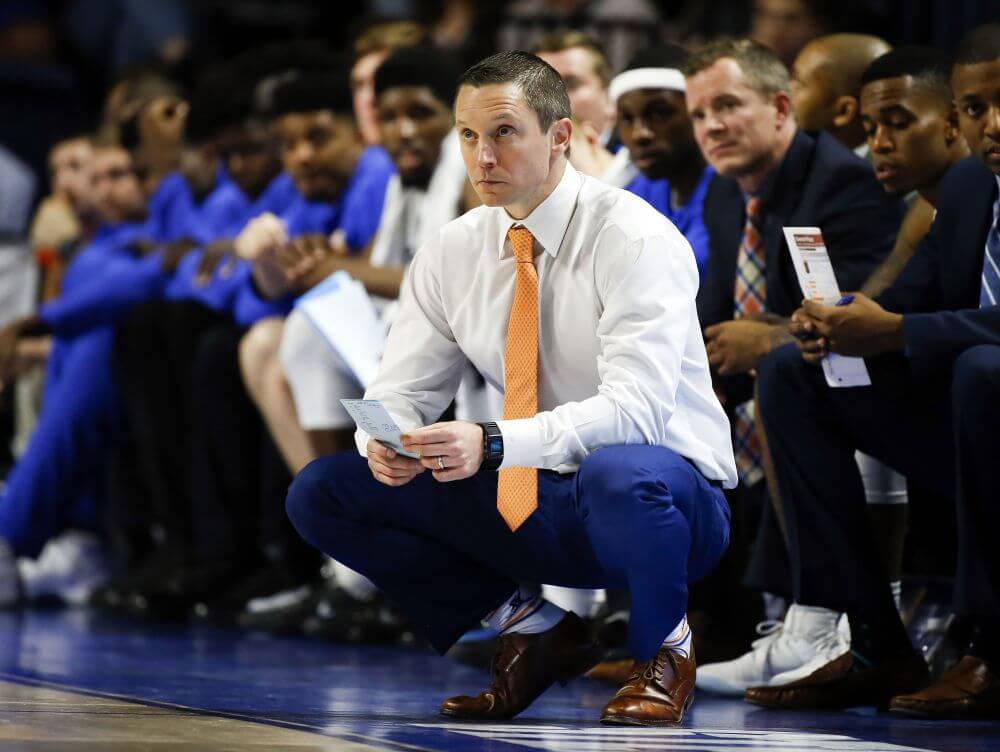 (The following is a guest article by an anonymous Gator booster who goes by @whostheboff on twitter.)

The curious case of the man I like to call #MidMajorMike: is he the next Billy D, is he basketball Muschamp, or does he fall somewhere in the large in between?

Bring up the topic of Mike White on the Internet and you’re sure to see a wide spectrum of opinions.  One group thinks he is bulletproof – a hotshot young coach, still learning, but definitely not on the hot seat.  A distinctly different group thinks he’s in over his head and, barring a quantum leap in 2019/20, should be fired.

I’m here to tell you that both groups have a point.  Under White, the Gators have had some impressive moments:  an Elite 8 appearance in 2016/17, 2017/18 wins at Kentucky and vs Gonzaga in Portland.  However, there have been more than a few head-scratching losses: in 2017/18, home losses to Loyola-Chicago, South Carolina, and Georgia, with road losses at Georgia and Vanderbilt.  Note, they were swept by a Georgia team that would finish 7-11 in conference and fire their coach.  In 2018/19, there were fewer bad losses but also no signature wins, save for an OT win at LSU.  And the word “fewer” does not equate to none; there was the especially ignoble home loss to South Carolina on a last-second defensive gaffe.  Oh and did we mention White is 0-4 vs FSU, with blowouts the past 2 seasons?

The White era can largely be summed up in a 4-day stretch in 2018.  A big win at Rupp Arena on Jan 20, and then an embarrassing home loss to a bad South Carolina team on Jan 24.  During his 4 years, White has struggled to recruit big men and quite often his teams have lived and died by the three.

So, it’s safe to say this is not an open & shut case in either direction.  Some fans make far too many excuses for White (including the head-scratcher that somehow his woes are Billy Donovan’s fault) and others are far too quick to call for his firing, given that a top-10 class will be in Gainesville in 2019.

But here’s the rub.  I’m a booster and over the past 2 seasons, I’ve seen the value of my tickets go into the toilet.  Sure, boosters buy tickets to support the program but they also want to know that if they can’t attend a game, they can sell their seats for at least face value.  This year, it’s tough to give tickets away for games other than the marquee matchups (UK, UT, etc).

Speaking for myself, I’ve seen enough to make me sit out 2019/20.  Just too many bad losses.  Nobody begrudges White for losing to Michigan State or Kentucky.  But when we’re getting swept by Georgia and losing on an embarrassing last-second cross-court dunk to South Carolina?  That won’t fly, especially at home.  It is my belief that barring a Cinderella-type tournament run, Mike White is on the hot seat in 2019/20 with the expectation of a big jump:  20+ wins, top 3 in the SEC, and a sweet 16 run.  If 2019/20 looks like the past 2 seasons, I believe White will be out of a job, especially considering the current regime didn’t hire him in the first place.

When boosters see Tennessee in the top 10, it’s tough to swallow the Gators struggling, given that Florida is clearly the better basketball job.  Certainly, most will go into 2019/20 rooting for Coach White, but if things don’t go well, things will get ugly and deservedly so.