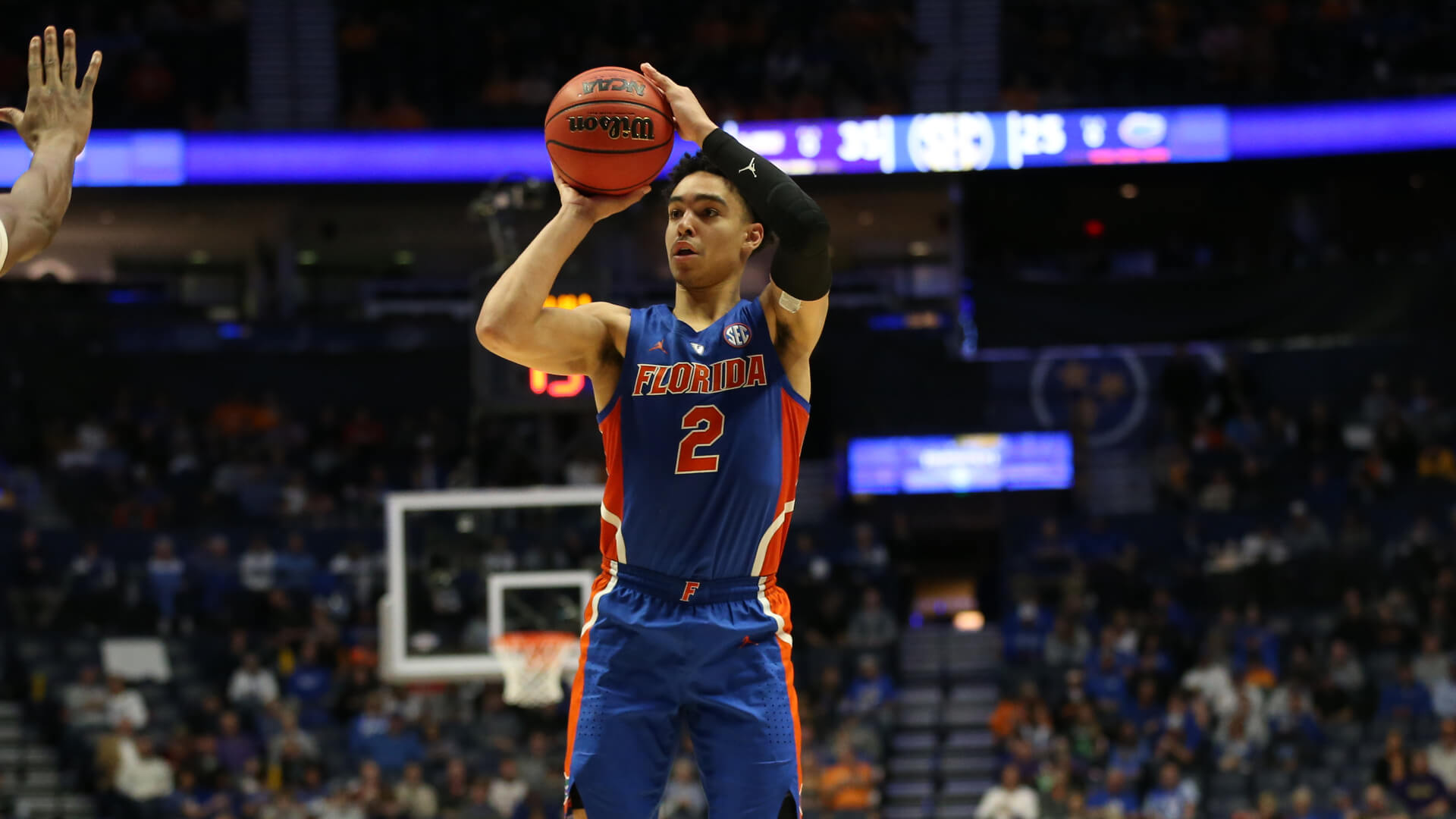 Mike White’s Gator basketball team will suffer a large quantity of personnel losses from his 2018-19 team with the graduation of three senior starters. Today, he avoided losing a fourth starter.

Andrew Nembhard has announced on twitter that he will return to Florida for a second season.

Super excited to come back and play with my brothers and for Gator Nation!🐊 #year2 pic.twitter.com/czL4lUJ6uD

Nembhard, who declared early for the NBA Draft to test the waters, made the announcement just before the deadline to pull back his name arrived. Since declaring for the draft in nonbinding unless an agent is hired, there was no harm done in making this declaration and getting some feedback about where he stands in NBA teams’ eyes. The process is there; he may as well use it.

But he ultimately made the right decision.

Nembhard would have been an interesting project for NBA teams to consider. The improvement he showed from November to March, while not rendering him a can’t-miss product, would have likely intrigued someone enough to take a chance on him either late in the draft or in free agency. There’s still so much room for him to continue to grow and improve, though. His jump shot has gone from unreliable to passable, but passable isn’t good enough for the NBA. And he often looks lost as an on ball defender against elite (read: taller) opposing guards.

For Florida, though, getting him back is huge. He’ll step into a major leadership role next year as the guy with the most meaningful minutes in his back pocket, and with plenty of talent around him, he’ll have a chance to facilitate a more established offense rather than a playground style attack that relied more on teammates getting hot from the outside than anything else. He’s already a phenomenal passer, and if he can continue to hone his skills in a second year, he could be something for opponents to really fear.