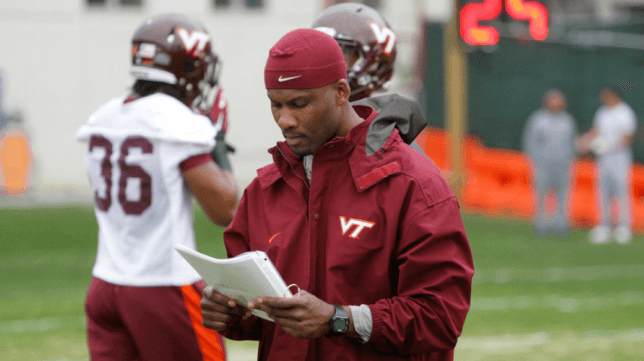 On a day in which high school seniors announced where they would play their college football, Jim McElwain grabbed a different kind of recruit.

Gray’s resume is an impressive one. He’s served under Bud Foster and Frank Beamer as the Hokies’ defensive backs coach since 2006, before which he spent two years as the DB coach for the Chicago Bears, and before that, the Connecticut Huskies. He’s a big reason why the Hokies have thrown their name into the DBU ring since the debate first arose: VT has ranked in the top 15 nationally in pass yards allowed per game, including 9th last year. But just as important, he knows how to recruit. That was the problem McElwain had with Callahan, so he wanted to make sure he hired a guy who knew how to do that.

And though he’ll have to wait a year to see any results on the recruiting trail, now Gray gets to come to Gainesville and work with sure first round draft pick Jalen Tabor, and the rest of the freakishly talented secondary that includes Marcus Maye, Quincy Wilson, Nick Washington, Chauncey Gardner and Duke Dawson, among others. McElwain scored big time with this hire, and as solid of a coach as Callahan was, probably made an upgrade.