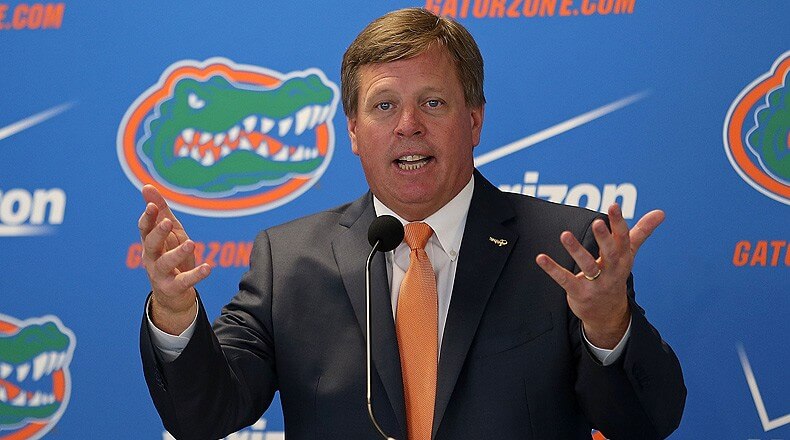 The Gators’ Orange and Blue debut is typically a great time to gain some traction on the recruiting trail, and this year was no exception thanks to the efforts of Jim McElwain’s South Florida ace, JaJuan Seider.

In addition to Jalen Goss and Tyrie Stevenson, who committed on Friday, the Gators picked up two more commitments yesterday in John Dunmore and Corey Gammage. There were rumors of a third commitment from 2019 ATH Jashon Watkins, though that has been refuted; Watkins has merely named Florida his favorite.

Gammage is a borderline three/four star class of 2018 receiver from Delray. He stands 6’2, 188 lbs and boasts an impressive offer list that includes Auburn, Miami, West Virginia and Virginia Tech. His speed won’t blow you away (4.79 40) but he has great ball skills and can cut very well to boot, so he could certainly make a push for playing time if he bulks up a little bit.

Dunmore, who is also from Delray, is a little smaller than Gammage, though he’s also a year younger. Due to his status as a sophomore, his offer list is smaller, but two of the schools who have offered him are West Virginia and Miami… and on the subject of the Mountaineers, that was where he got to know and then build a relationship with Seider.

In addition to the Gators finally picking up steam with their 2018 class, Florida’s 2019 class is currently ranked #1 in the country after this weekend’s massive haul, so a tip of the cap to those who don’t think Jim McElwain and his staff can’t recruit. And while of course there are still 22 months before any of those guys can sign, it would be quite an accomplishment if McElwain could finish that class with the same momentum he’s currently got.