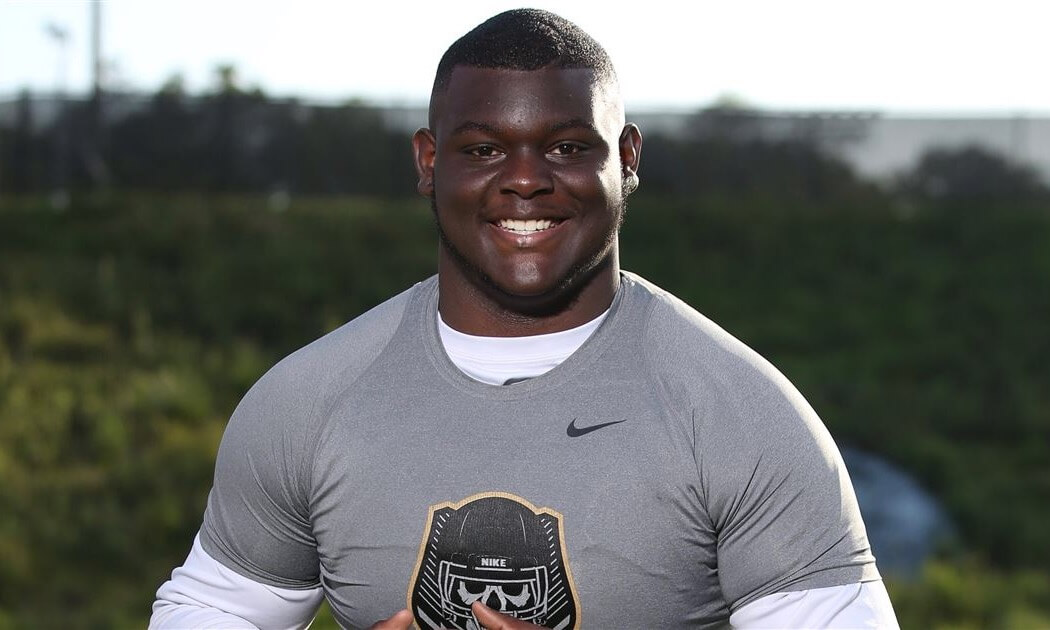 Merry Christmas, Gator fans. We just got a prized recruit for the holidays- and more importantly, the next four years.

Offensive lineman TJ Moore committed to Florida late last night, continuing the Charlotte-to-Gainesville pipeline made famous by Chris Leak, Brandon Spikes and Jonathan Bullard. Moore, a consensus four star recruit, gives Jim McElwain his fifteenth recruit in the Class of 2017 and his eleventh of consensus four star caliber. He joins Kadeem Telfort as the sole linemen in this class.

Credit offensive line coach Mike Summers for this one.

Moore, who plays both offensive guard and tackle at Mallard Creek, was also considering Penn State, Louisville, Tennessee, South Carolina and NC State. He was originally committed to South Carolina before decommitting this past October and re-opening his recruitment journey- one that appears to have ended in Gainesville.

Unless he changes his mind within the next five weeks, that recruitment tale is the past, and now it’s time to look to the future, specifically to answer the question on everybody’s mind: can he play? His tape certainly makes it look like he can; he’s pretty powerful (290 lbs) and can stone guys bigger than him, no problem. He also plays with very good pad level and can deliver an explosive punch off the snap.

Which is great, because he very well may need to play right away. McElwain and Summers did a good job rebuilding the offensive line from the mess Will Muschamp left it in (remember, Muschamp left McElwain just six scholarship linemen. SIX!) but as we saw this past season, injuries can happen, so it’s of paramount importance to develop depth.

Regardless, there will come a day where guys ahead of him will graduate, and Moore will get his chance to start. The Gators have started four true freshmen for multiple games under McElwain (Tyler Jordan, Martez Ivey, Fred Johnson and Jawaan Taylor) so it’s not a stretch that this day will come sooner or later. We’re ready for you, TJ, and I know you’ll be ready for the spotlight.