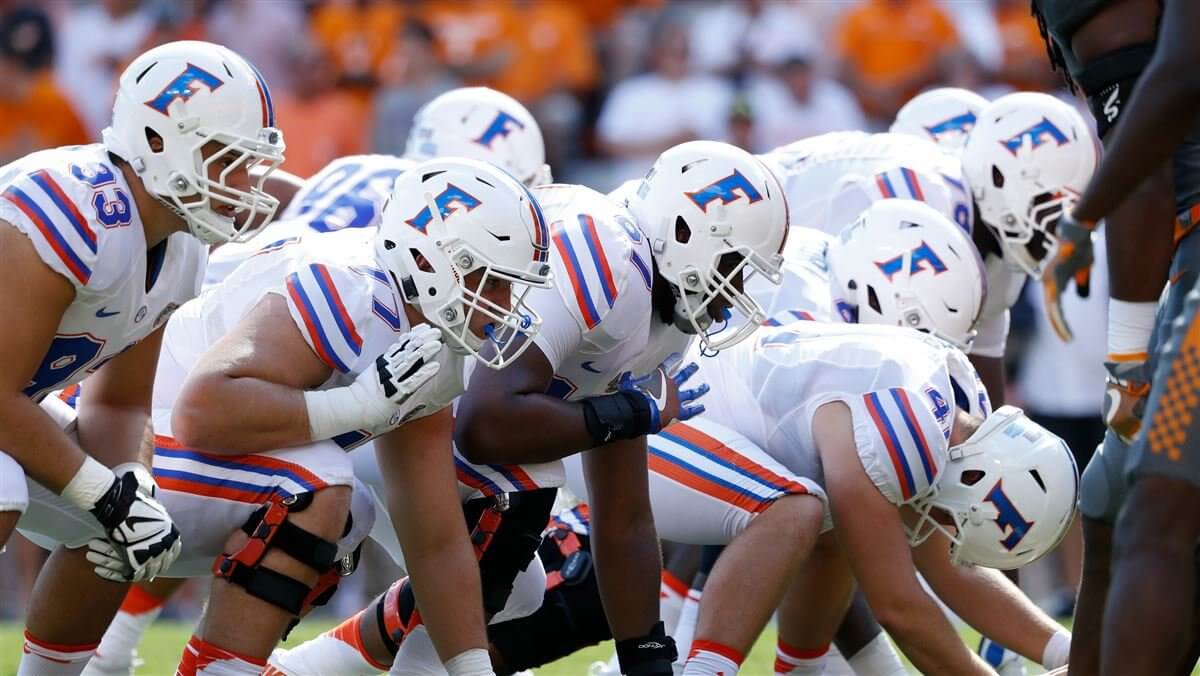 At this point, anybody who has watched Florida football over the past year knows.

One last time, let’s run through the list of issues he has so we’re all on the same page. He throws every ball as hard as he can, without bothering to put touch on throws that need them in order to be completed. He makes bad decisions, either failing to go through his progressions and locking onto his first target, or more recently, for reasons I can’t explain, stares down his wide open first target and chooses not to throw the ball to him (see the failed two point conversion against Kentucky). He holds onto the ball too long and gets sacked, or gets cold feet and pulls the trigger too fast, before his receiver can come out of his break, and rarely if ever finds the happy medium between the two. He’s inaccurate. He doesn’t have good timing with his receivers. And so on. He’s had enough time to grow, learn and develop, and he hasn’t done it. And we’re now in the middle of his third year at Florida, which is enough time for any reasonable person to see that it’s never going to happen with him.

But here’s the thing. At this point in time, if the Gators had a better option to throw out, we would know it by now. Florida typically schedules itself a very easy start to its season so that its players can slowly get acclimated to the grind, and then the difficult level gradually increases. The first three games against Charleston Southern, Kentucky and Colorado State were the chance for Dan Mullen to experiment with either Kyle Trask or Emory Jones in meaningful minutes, and he didn’t do it.

That tells me that Mullen doesn’t trust either of them enough to even give them a drive or two in a critical situation, or in Jones’ case is saving his redshirt. In regards to the latter, we’ll know what Mullen really thinks of Jones toward the end of the season, as now freshmen can play up to four games and still redshirt. But the Gators’ fate is more likely than not to be sealed at that point, meaning for the foreseeable future, Florida is more or less stuck with Franks.

So since Mullen and his staff are stuck with a liability at quarterback, they’re going to have to game plan around it, starting against Tennessee tomorrow.

What Mullen does have going for him is a trio of awesome running backs. Even with Malik Davis out, the Gators are still loaded here. Dameon Pierce has drawn high praise this offseason, and gave a quick demonstration of why drew that high praise in the first place by breaking off a 68 yard touchdown to cap the Gators’ 48-10 rout of Colorado State. And Pierce is the least established back. Jordan Scarlett and LaMical Perine are both in their third years at Florida, having repeatedly exhibited what they’re capable of throughout their first two. Pierce can spell Davis in terms of explosiveness, and Perine and Scarlett can batter the suspiciously weak Tennessee defense all day.

While true, Florida’s offensive line has largely underwhelmed this year, it’s marginally better in the running game than it is in pass protection. There’s a logical component to that, too. Run blocking requires linemen to fire off the snap and explode into their defender, pushing him back and creating a hole. Block well for about four seconds, and you’re done, as within four seconds of the snap, Scarlett, Perine or Pierce has found a hole and is tearing through it. But pass blocking requires much more diligence and awareness than this line has demonstrated to possess so far, not to mention having to keep defenders at bay for longer while the QB goes through his progressions. And it gets harder with a bad quarterback for several reasons, not the least of which is the shared internal annoyance among the offensive linemen- though they’d be bad teammates to ever admit this, so they never should- that they can block incredibly well for seven seconds on every snap only for the QB to make bad decision and so they have nothing to show for their entire body of work over the course of a game.

That’s not to say Florida can completely hide Franks. There’s likely going to come a time where he’s going to need to make a play, with his arm, to make something happen. And Franks is still going to have to make that play in order for Florida to win. But the only involvement in this game Franks should have is when it’s an obvious passing down. Often, coaches will try to get a struggling QB some confidence by warming him up with some soft, easy flare or screen passes. Franks can’t even hit those passes. So while he can’t just do nothing, the less he does with the football, the better off the Gators will be.

That all sounds harsh, I know. And because of that, I have to now issue my standard, almost daily statement that it’s nothing personal against him whatsoever. But my concern isn’t to sugarcoat things. My concern is to win the game. And the Gators have no chance- repeat, no chance- to win if Franks throws the ball 30 times in this (or any) game. They have a solid chance, though, if they can establish the running game behind their offensive line.

If the Gators can do this, and beat Tennessee, then Feleipe Franks will have his first ever road win* as a collegiate quarterback. And I’ll bet that he’d be the first to tell you that’s all he wants.

*Franks started last year’s road game against Kentucky, but was benched by Jim McElwain with the Gators down 27-14 in the third quarter. Luke Del Rio subsequently came on and guided Florida back to a 28-27 victory. Del Rio, not Franks, gets the credit for that win.