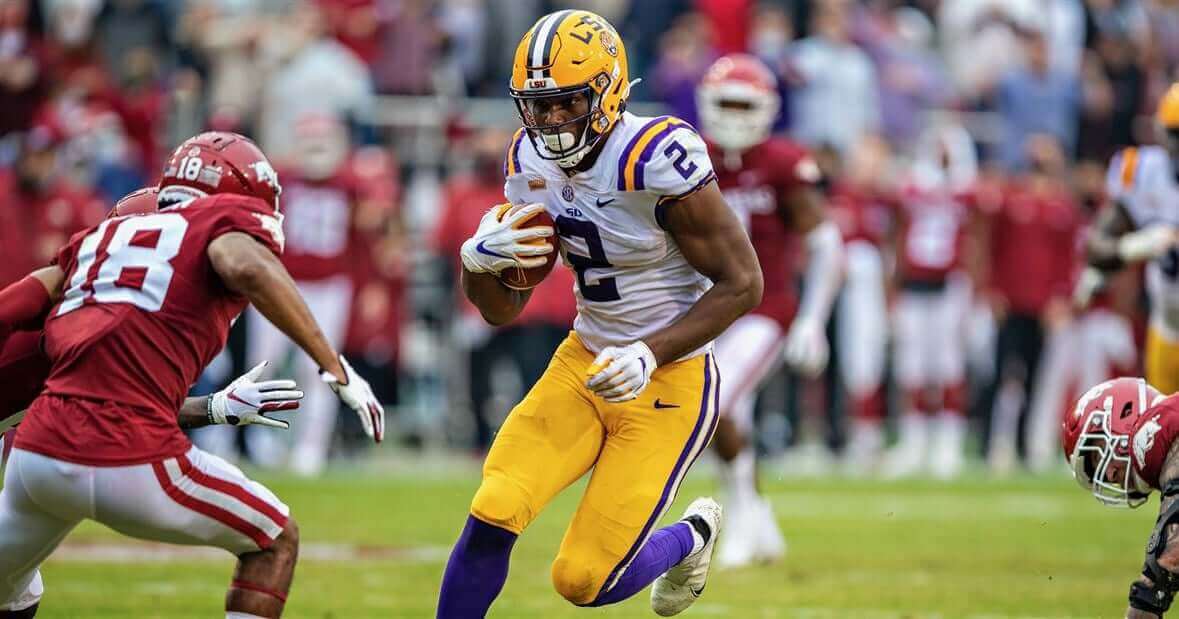 Dan Mullen remains undefeated in the NCAA transfer portal with the addition of Arik Gilbert.

And now, a year after Florida lost unanimous All-American tight end Kyle Pitts to the NFL, the Gators may not miss a beat at that position.

Gilbert, a former five star tight end at LSU, announced on twitter that he has decided to continue his college football career in Gainesville. He entered the transfer portal eight games into a promising freshman season on the Bayou in 2020, in which he hauled in 35 catches for 368 yards and a pair of touchdowns. Georgia was thought to be the favorite to land him at first- Gilbert is from the Bulldogs’ backyard in Marietta- but Mullen and tight ends coach Tim Brewster went to work recruiting him and took him away.

And in doing so, Florida just added one of the most frightening tight ends in the country to a tight end room that’s already stockpiled with weapons. As Pitts’ backups, Kemore Gamble grabbed ten passes for 160 yards and three touchdowns a year ago, and Keon Zipperer caught eleven balls for 145 yards and a pair of touchdowns in the shortened 2020 season. Now throw Gilbert into the mix, and even in a more rush-heavy attack with either Emory Jones or Anthony Richardson, the Gators promise to boast as explosive a tight end unit as ever.

For as special as Kyle Pitts was, Arik Gilbert is every bit as headache-inducing of a matchup problem. Not unlike Pitts, Gilbert’s got a big frame (6’5, 250) that’s almost exclusively muscle, an unfair amount of natural athleticism for a tight end, well above-average route running for an X receiver, let alone a tight end, and strong yet soft hands that reel in anything within his gargantuan catch radius. To boot, nobody would say he can block like Michael Oher, but he’s more than adequate as a blocker, and that demonstrated this on plenty of occasions in his one season at LSU. So no, he’s not just a wide receiver playing tight end.

Basically, Gilbert is a tight end who plays the “catch passes” piece of the hybrid blocking/pass catching position that is a tight end better than most Power Five wide receivers, and though the praise for his blocking skills cannot be quite that high… he’s still a very, very good blocker.

So, cap tip to Mullen and his staff for pulling off this recruiting pseudo-upset and landing Arik Gilbert. Now, let’s do what LSU could not and develop him into a star.