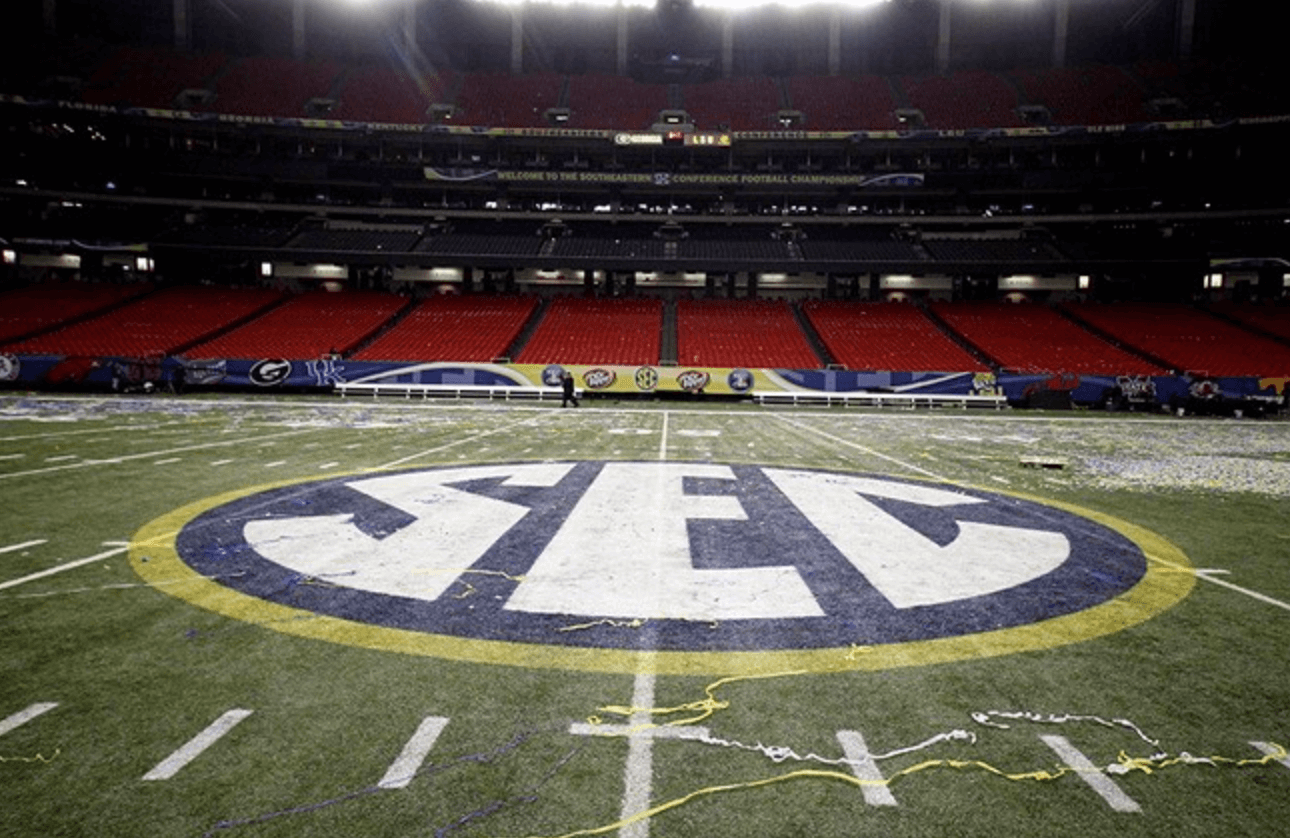 At last, Florida’s slate for Year Three of the Dan Mullen era is set- although the dates are TBD.

The Gators will play host to Arkansas and go to Texas A&M to fill out its 2020 schedule, in addition to the eight game conference schedule that was already pre-set. As always, Florida will play the other six SEC East teams- Georgia, Missouri, Kentucky, South Carolina, Tennessee and Vanderbilt- and their permanent cross-division rival LSU. The Gators had also previously drawn Mississippi on the road as their rotating SEC West opponent, which will stick.

The complete schedule, including dates, is expected to be released soon.

The Gators lucked out big time by drawing Arkansas, who appears to be in the lead against Vanderbilt right now for the title of the worst team in the SEC. That draw also sets up a homecoming for former Gator quarterback Feleipe Franks, who transferred to Arkansas this past season (and oh, the headlines that will spawn between now and then). With a train wreck of a Rebel program already on the docket, though, Florida was bound to draw at least one of the four respectable opponents from the West, and they did so with Texas A&M, who finished a misleading 8-5 after a few key plays went against them down the stretch.

In truth, this was about as easy of an added two games as Florida could have drawn. It would have been well within the realm of possibility for the Gators to have added two of Texas A&M, Alabama and Auburn, who along with LSU are clearly on different planes than the other three programs in the SEC West. The SEC did make a point to state that it would be adding the two additional teams to everyone’s schedules with the primary goal of balancing out the schedule strengths; with what figures to be a very good, although maybe not quite great LSU team and an Ole Miss team with a massive rebuilding job already set to play Florida this season, getting these two teams seems to be fair.

Arkansas pounded Florida the last time they met in 2016, but that was just the Razorbacks’ second win in eleven tries against the Gators. On the other hand, Florida and Texas A&M have only played four times, with each team taking two game apiece.

The truth is, although losing the annual rivalry game with FSU is going to leave a major void in the 2020 season, this ten game all-SEC schedule makes for an incredibly exciting season. Sure, beating up on Eastern Washington, South Alabama, New Mexico State and FSU would have made for fun days at the stadium and plenty of fodder to add to players’ highlight tapes, but a schedule in which everybody on it is in the Power Five just like Florida just feels like college football the way it should be. If it all goes well and the majority of the schools are happy with it, this schedule might even be a forerunner to the league expanding to nine conference games when the current schedule rotation runs out after the 2025 season.

Here’s hoping that the virus is handled appropriately and contained as well as possible so that we  actually see it play out.