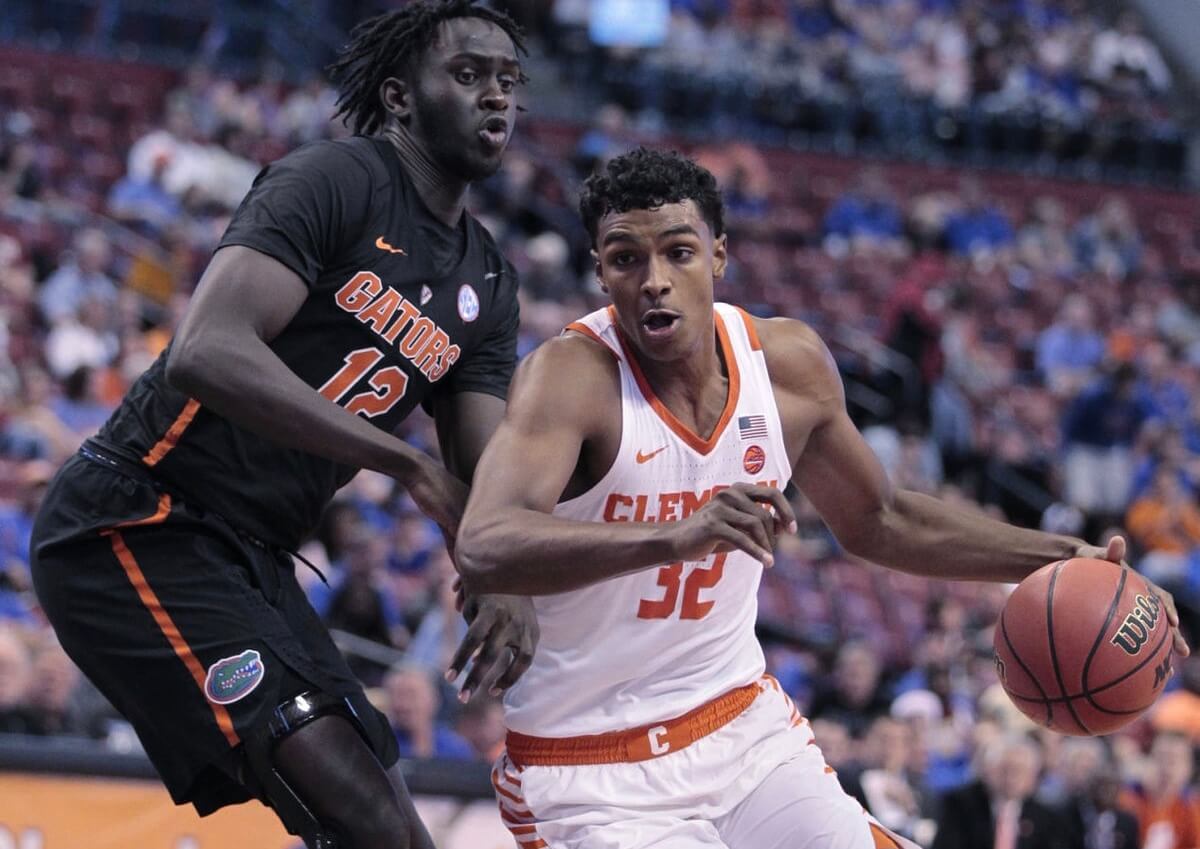 Following Florida’s 71-69 loss to Clemson in the MetroPCS Orange Bowl Classic, many of the headlines referred to the Tigers’ victory as an upset.

The Gators have now lost four out of their last five games, a slide that’s so bad it completely overwrote the team’s strong start and leaves their overall record at 6-4- their worst start since Billy Donovan’s first year in 1996-97. This embarrassing stretch has included blowing a 71-54 lead with 9:52 to go against Duke, getting hammered on its home floor by unranked rival FSU and losing the basketball version of the Georgia Southern game to Loyola Chicago. Somehow the Gators recovered to beat a solid Cincinnati team last weekend, but then Saturday happened.

It took nearly ten minutes for someone other than Jalen Hudson to break into the scoring column for Florida, and thus began an ugly defensive battle. The Gators seemed to grab some momentum with a 10-0 run that began at the end of the first half and spanned into the opening moments of the second, and things seemed fairly secure when Hudson banked in a bunny layup to put Florida up 66-57 with 5:40 to go.

But then Florida displayed one of its patented cold streaks at the worst possible moment. The Gators were outscored 14-3 over that final 5:40, finally surrendering the lead for good when Elijah Thomas slammed home a dunk with a minute to go. Florida scored just once on its final twelve trips down the floor, when Chris Chiozza picked Thomas’s pocket and converted a layup. And as many feared heading into the season, they collapsed on defense.

Credit Clemson where due, to an extent. Marcquise Reed and Gabe DeVoe both hit the clutch shots down the stretch, and the Tigers realized the Gators’ weakness down low and abused Florida in the paint. That’s good coaching by Brad Brownell, and good execution by his players.

But this Florida team is headed the wrong way by all objective measures. And with conference play on the horizon, the amount of time they have to figure things out is suddenly shrinking.