Gator Baseball Gators bounce back from ugly Tech loss to saw off the Horns, keep their season alive 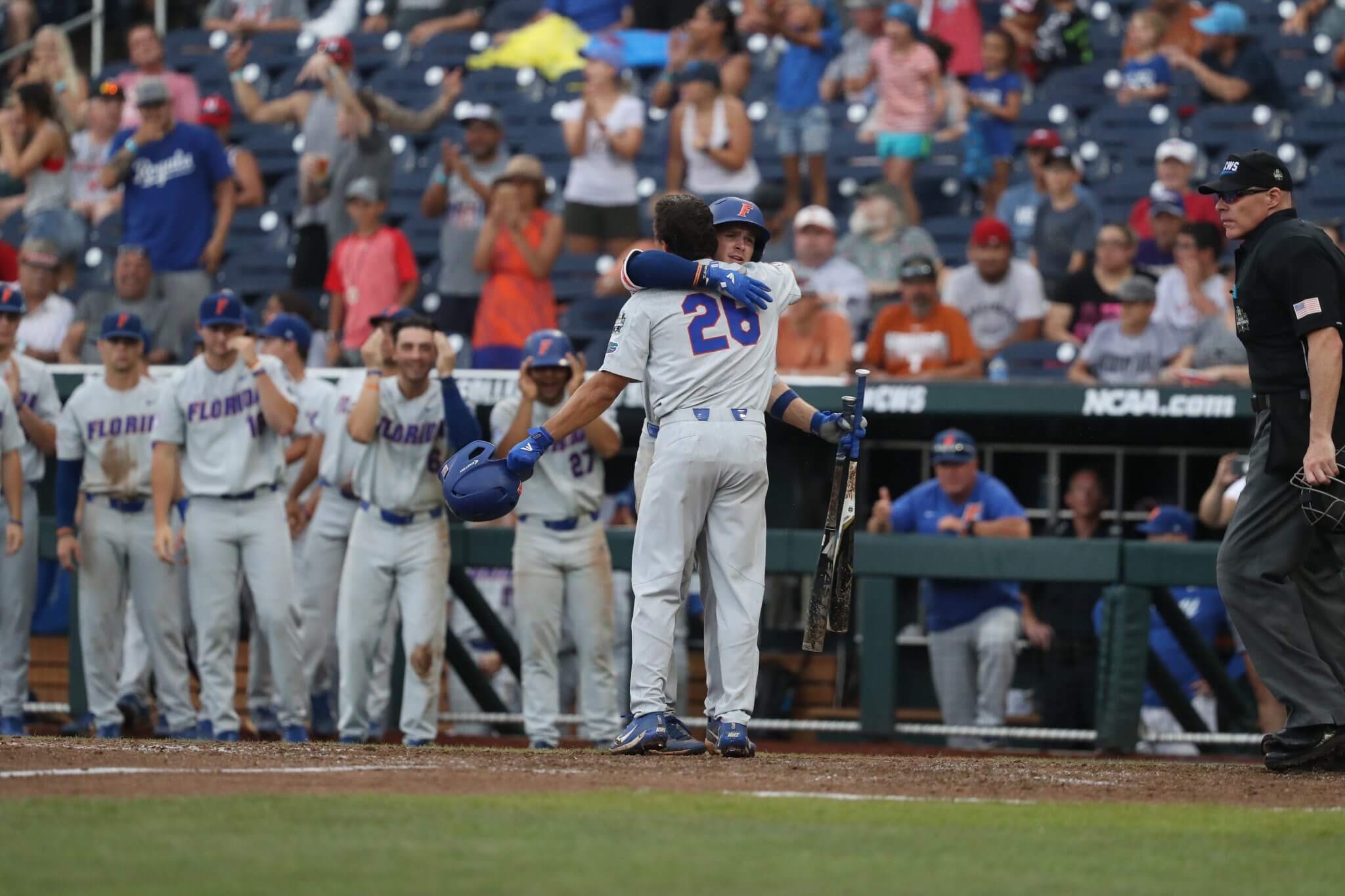 Florida got a great pitching performance from Jackson Kowar, some timely hits, some hits that left the ballpark and an error free game defensively.

And the result was what usually happens when the Gators do all those things. They crushed Texas, 6-1, to end the Longhorns’ season and keep their own alive a little bit longer.

The Gators were sent to the loser’s bracket of the College World Series after a dismal showing in a 6-3 loss to Texas Tech on Sunday night, and for awhile against Texas, looked like they belonged there. Florida left eight runners on base in the defeat to the Red Raiders, and stranded eight more in just five innings against the Horns. Worst of all was a bases loaded, no outs situation in the second inning in which they failed to score a single run. The Gators also ran themselves out of the ensuing inning when Wil Dalton tried to steal second despite Jonathan India already occupying it, resulting in a rundown and completely avoidable out.

But Kowar worked hard to overwrite his teammates’ early ineptitude. The Royals’ second round pick kept the Horns to just five hits in his 6.2 innings of work, striking out 13 and most importantly of all, shutting them out. After five innings, the lone run on the board had come off the bat of India on a first inning RBI single.

Then the Gators’ bats woke up.

Blake Reese kicked off an explosive sixth inning with a double down the left field line. After the next two batters made outs, Deacon Liput walked. Nelson Maldonado was next and he promptly lined an RBI single up the middle to make it 2-0. Next up to bat was India, who teed off and launched a three run dinger several rows deep into the bleachers to give Florida a commanding 5-0 lead.

Get the tape measure out.

Nick Horvath LAUNCHES one out of the park for good measure and it’s all #Gators in Omaha at the #CWS. pic.twitter.com/SGQUDoMUn7

Florida is far from out of the woods from the mess they created for themselves with the Texas Tech loss, though. The Gators needed to win four straight games to advance to the College World Series Finals; anything short of that and they’re eliminated. They got one today, but it was against by far the weakest of the four teams in their CWS bracket. Now, their path back to the championship series is going to feature the loser of tomorrow’s Texas Tech-Arkansas game, and then they’d have to beat the winner of that game twice in a row.

But the Gators seem to like playing in games in which a loss ends their season, as they’ve now won six straight such games in succession. And if their bats can come alive the way they did today and the pitching staff does its collective job, they just may be able to extend that streak a little more.