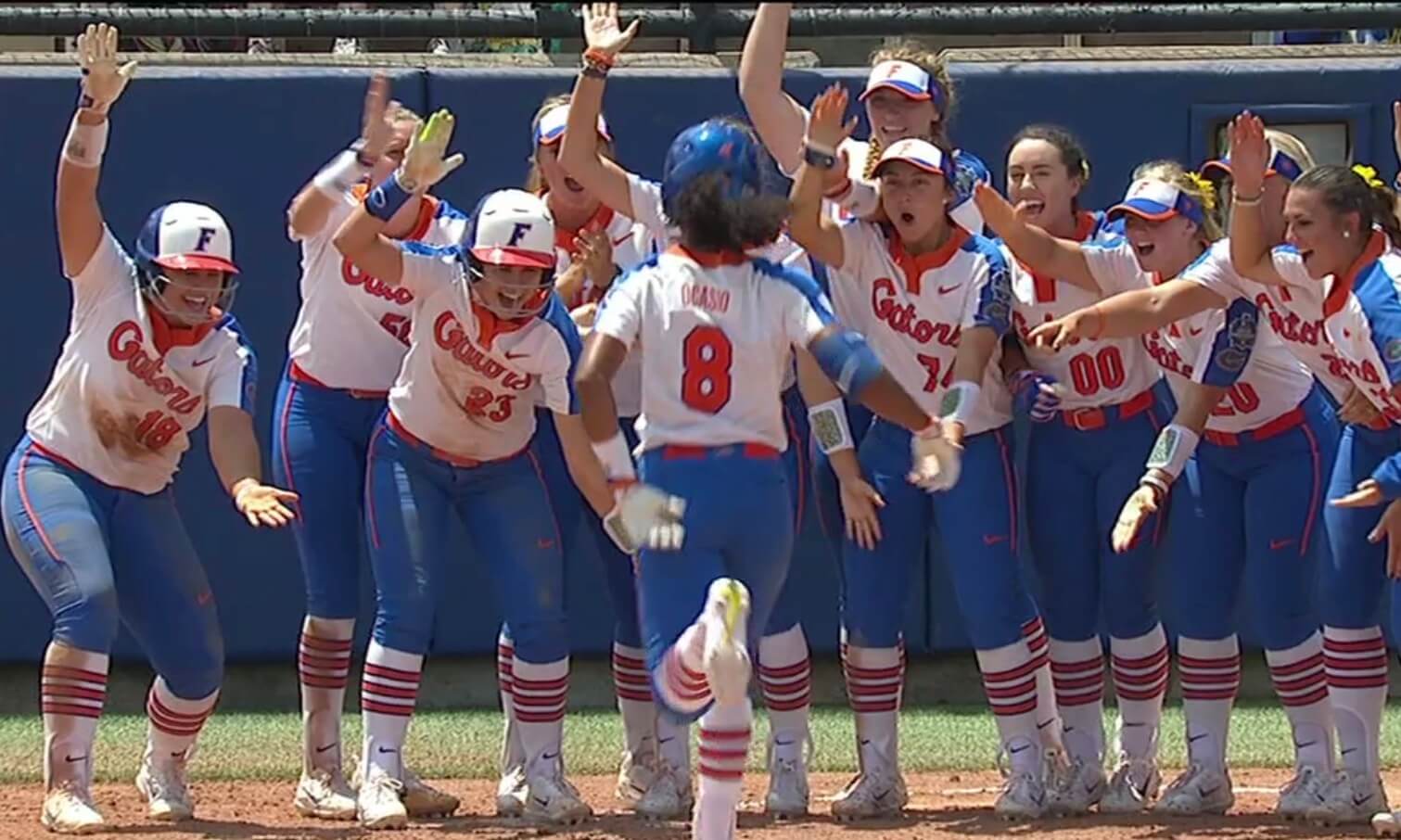 Maybe the Gators just wanted to validate their SEC Championship by hammering one of the SEC teams they didn’t face in the regular season. Maybe they were just tired of close calls, struggling against opponents they were supposed to beat and having their backs slammed against the wall, staring elimination square in the face.

Or maybe this Florida team is simply peaking at the right time.

The Gators opened the 2017 Women’s College World Series by throttling Texas A&M, 8-0, via softball’s eight run mercy rule after five innings. It’s the Gators’ 39th shutout of the season, which ties a school record. It’s also the first mercy rule in the WCWS since Florida did it to Baylor in 2014.

The Gators now await the winner of LSU and UCLA tomorrow night at 7. Florida didn’t play LSU in the regular season, either, though they did clobber UCLA back in March in the Bruins’ backyard of Fullerton.

If Tim Walton’s club can swing the bat the way they did today, whichever of those teams wins will have their hands full.

Florida opened the game with a Kayli Kvistad double off the left field wall. Nicole DeWitt then walked and Aleshia Ocasio singled to right field to load the bases for Janell Wheaton, who lined a single into center field to score two. An inning later, DeWitt singled two more runs home. In the third, Sophia Reynoso singled home the Gators’ fifth run of the game, and then Ocasio put the finishing touches on the win with a three run homer in the fourth.

On the other side of things, Kelly Barnhill- despite claiming she didn’t have her best stuff today- continued her dominance on the circle, as Aggie batters could muster only three hits off of her all day. Delaney Gourley came in in the fifth inning and slammed the door shut by forcing a game ending double play.

It’s almost as if Florida never left Oklahoma City two years ago. And it certainly seems as if Florida doesn’t plan on leaving any time soon.