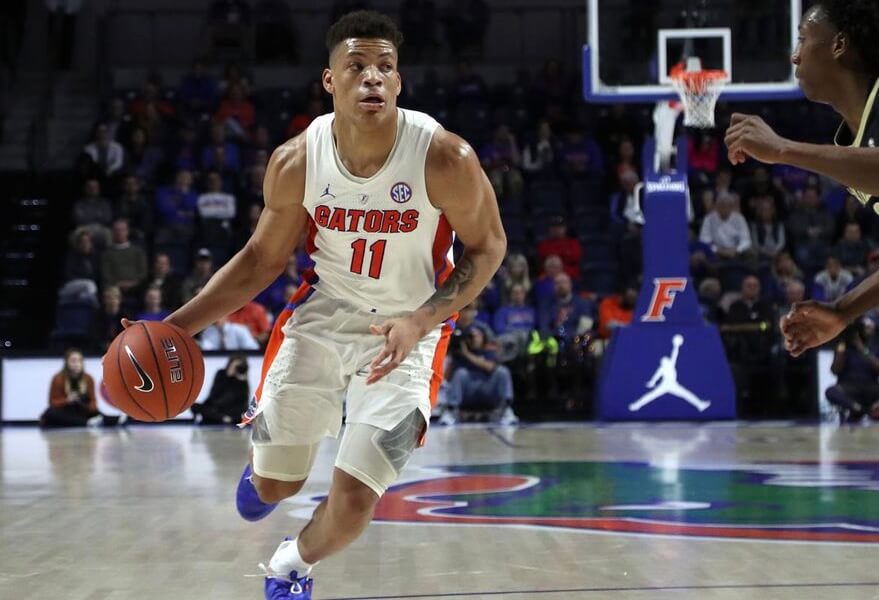 The Gators’ basketball program continues to add to its list of arenas it has played in.

Florida will travel to Brooklyn, NY to face Providence on Tuesday, December 17th in the first ever Basketball Hall of Fame Classic. The game is set to be part of a triple header, which will also feature Miami vs. Temple and Princeton vs. Iona. The game times and order of the contests has yet to be decided.

The Gators are no stranger to the Big Apple, and they’ve generally been successful there. Florida has played in three Jimmy V Classic events at Madison Square Garden in the last six years, defeating Memphis and West Virginia in two of them while losing to Duke in the other. Florida also traveled up to MSG three years ago for its NCAA Tournament Regional, where it defeated Wisconsin on a buzzer beater from Chris Chiozza before stumbling late and losing to South Carolina in the Elite 8. And two years ago, the Gators knocked off Cincinnati in the Never Forget Classic just across the Hudson River in Newark, NJ.

But this is the first time the Gators will play in the Brooklyn Nets’ brand new Barclays Center, and it adds to an already difficult 2019-20 schedule.

Road trips to Butler and UConn adorn the nonconference slate, and that’s just the start of it. Florida also has a home date with FSU, who has beaten the Gators five straight times, another home date with a Big 12 opponent to be named later in the SEC/Big 12 Challenge, and a Charleston Classic field that includes Penn State, Xavier, UConn and Miami. There’s also an opponent TBD in the Orange Bowl Classic, which historically has ranged from fellow Power Five opponents Clemson and Oklahoma State to cupcakes like Charlotte and FGCU.

So once again, the challenge is on for this Gator program before it gets to SEC play.