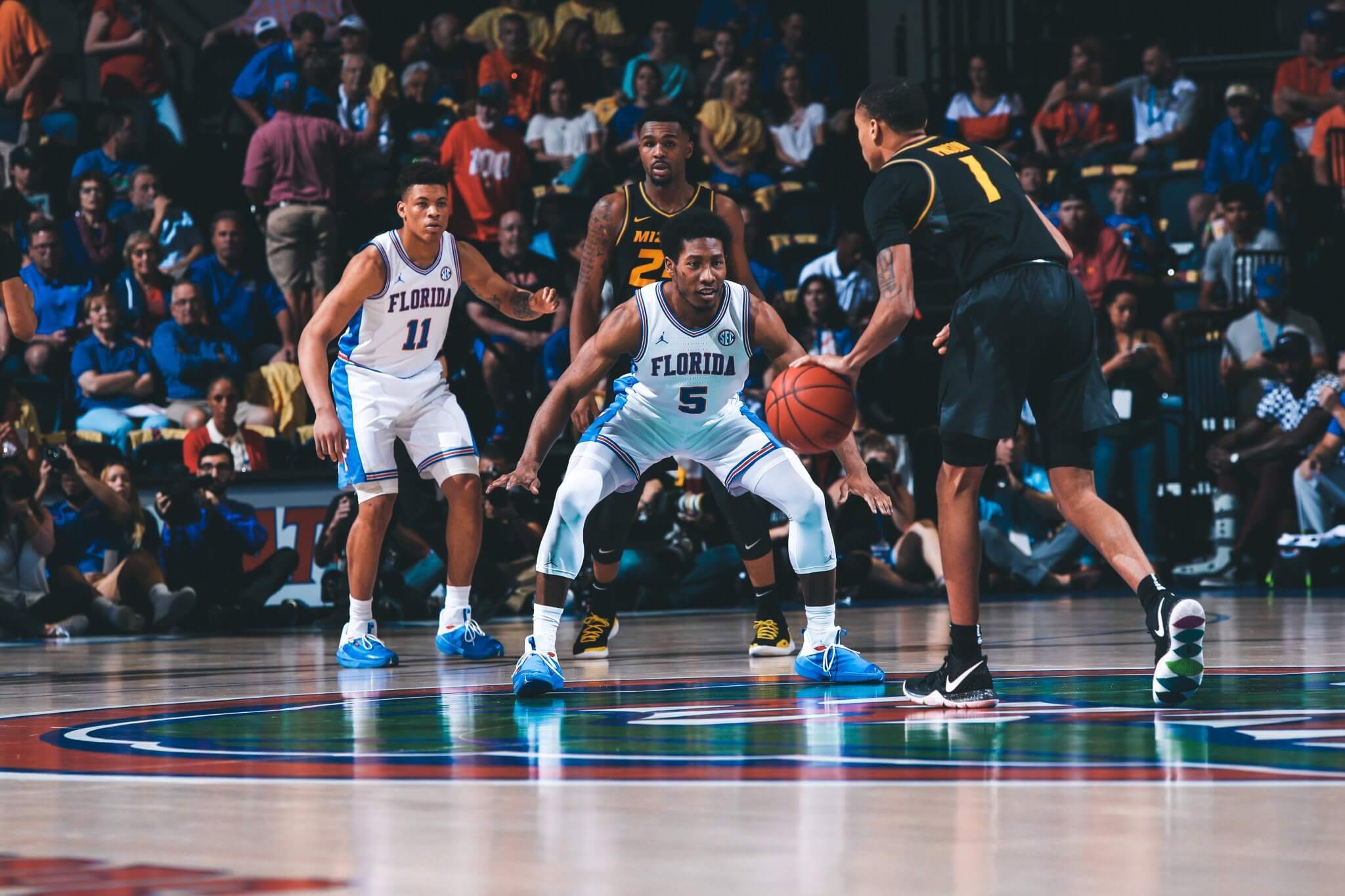 There really weren’t many positives to take away from Florida’s 64-60 win over Missouri, one of the three worst teams in the SEC. The Gators looked sloppy, disinterested, possibly entitled and downright ugly for the majority of the contest.

Yet, for the fourth straight time, they won. And for at least another game, they kept the “ugly losses” portion of their NCAA Tournament resume spotless.

With 17:01 to go, Missouri held a 40-28 lead in the O’Dome, a lead that appeared insurmountable given the rough days both Noah Locke and Andrew Nembhard were suffering. But then Jeremiah Tilmon fouled Kevarrius Hayes, and the whole tenor of the game changed. Hayes knocked down both free throws and Keyontae Johnson followed that up with a three for a five point spurt in a matter of seconds to reintroduce the idea of a competitive game.

Florida then clawed back into it, getting within one possession and then keeping it there for several minutes. But the Gators still needed to get past the hump and complete the comeback by taking the lead, and of all people to finally put Florida on top, it was Noah Locke with his only points of the ballgame, a straightaway three to make it 53-52. The teams would then swap the lead a few times before Hayes gave it back to Florida for good with two more free throws to make it 57-56 with 4:54 to go. A few free throws later, and Florida had survived, 64-40.

That’s a much quicker recap of what took place in the game than usual, and there’s a good reason for that. Saturday’s contest was, to be blunt, one of the most terrifying instances of a Gator team trying to play its way back into NCAA Tournament uncertainty I can ever remember seeing, and it was one of those games that you’re glad you won and would just like to forget about. Whether it was a sense of false confidence after beating LSU on the road, an arrogant team-wide attitude that everything would just work itself out, or simply a bad day, the Gators were the team that looked to be under .500 and nowhere near postseason contention, with Mizzou representing the team that really needed this win. This didn’t need to be a tale of the better team getting thoroughly tested at home with a trap game, surviving it, and then getting all kinds of ink written about how mentally tough it was for persevering.

Nonetheless, there’s one key piece of information that’s worth keeping handy. Facing a supremely inferior team appears to be a challenge for this team, but it is likely not going to be the type of challenge that determines how their season ends. Because of its unanimous projection as a #9 or #10 seed in the NCAA Tournament, the Gators are not going to have to go through a team that is significantly less talented than they are unless they happen to be placed in the same pod where a UMBC-Virginia once-in-a-lifetime type of upset takes place. So playing down to the level of its competition does not seem like a potentially fatal flaw.

But Florida first needs to reach the NCAA Tournament to ensure that it won’t be in a situation where it can’t play down to the level of its opponent in order to elongate its season. This was all but a certainty after pulling off road wins over Alabama and LSU, until Missouri reminded us all that the Gators are not necessarily immune to losing to lesser teams. Up next for Florida: a road trip to the single worst team in the SEC, a Vanderbilt squad that is running out of chances to pick up its first conference victory of the year, and then a rematch with a Georgia team that’s only microscopically better. Lose either of those games, and the impressive LSU win is effectively canceled out, with the Gators sitting right back on the NCAA Tournament bubble.

So Florida isn’t done yet with situations where it has to fend off lower regarded opponents in order to survive. But the fact that they got some practice doing so on Saturday makes these next two games slightly less worrisome. And forgetting the level of the opponent for a minute, this team is finding ways to get the job done. Asking Noah Locke to score his first points of the game on a three down two late in that tense of a game is probably not the kind of thing the Gators want to rely on too many times, but Locke buried that three and things worked out satisfactorily. And for all his struggles, he deserves credit for that- as do guys like Jalen Hudson and KeVaughn Allen for shrugging off bad starts to their senior season to each score double digits against Mizzou.

This team isn’t perfect, it isn’t great, and it really isn’t even good. But if it can just be consistently competent, that might be good enough to make something memorable out of this season.