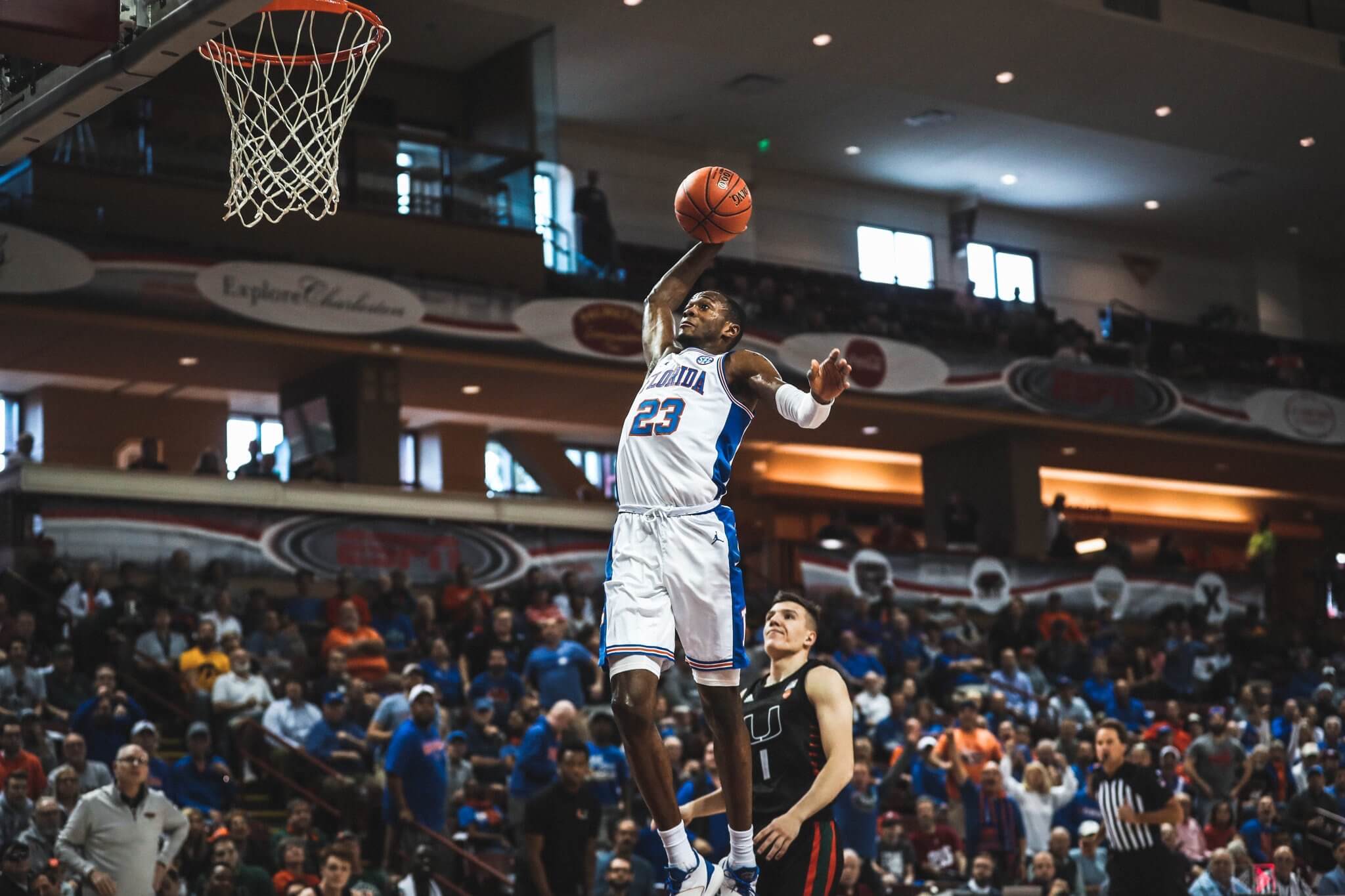 Twelve days ago, Florida’s high hopes for the 2019-20 basketball season were deflated in its second game of the season, suffering a horrific 63-51 loss to FSU in the O’Dome. A subsequent loss to UConn a week later knocked the Gators out of the national rankings entirely.

With the state title off the table, Florida settled for second place in the state, put itself one win away from a different type of early season title, and for the first time all year, looked like a team capable of competing for the important titles later in the year.

Kerry Blackshear led the way with 20 points and 11 rebounds, Scottie Lewis broke out with 13 points and Florida pulled away in the second half to hammer in-state rival Miami, 78-58, in the semifinals of the Charleston Classic to reach the final on Sunday night. Florida has now beaten Miami 17 times in the last 21 meetings on the hardwood, and with this being the last scheduled meeting between the schools for the foreseeable future, the Gators made sure to make it count.

Miami started the game hot, and built an early 14-8 lead. But after Mike White called a timeout, his team launched a 17-0 run to take a lead it would not relinquish for the duration of the contest. The Canes finally broke the streak with a bucket by Isaiah Wong, but then Blackshear responded with a three to give Florida its biggest lead of the game, at 28-16.

The Hurricanes found their touch again from the outside, though, and clawed back to within three early in the second half before finally tying the game at 45 apiece on a three from Chris Lykes. But then after the teams traded buckets for the next few minutes, the Canes went cold again and Florida launched another run, a 12-0 stretch over the next seven minutes, and this time Miami could not recover. Lykes converted on a layup to bring the Canes’ deficit back down to 64-51, but whatever doubts about the game’s outcome were erased on the ensuing possession when Keyontae Johnson banked in a floater from near the foul line. For good measure, Andrew Nembhard stole the subsequent inbounds pass and fed Lewis for a thunderous dunk to send the few Miami fans in attendance streaming for the exits.

This was, without a doubt, the most complete game White’s team has played this season. Of course, one game cannot set a rule, especially when the preceding five games were part of a pattern of play White and fans would all like to forget. But it is at the very least encouraging that this team showed why so many in the national media believed in it at the start of the season, if only for one game.

The bottom line is, it’s a start. And with the way the Gators played before today, they had to start somewhere.