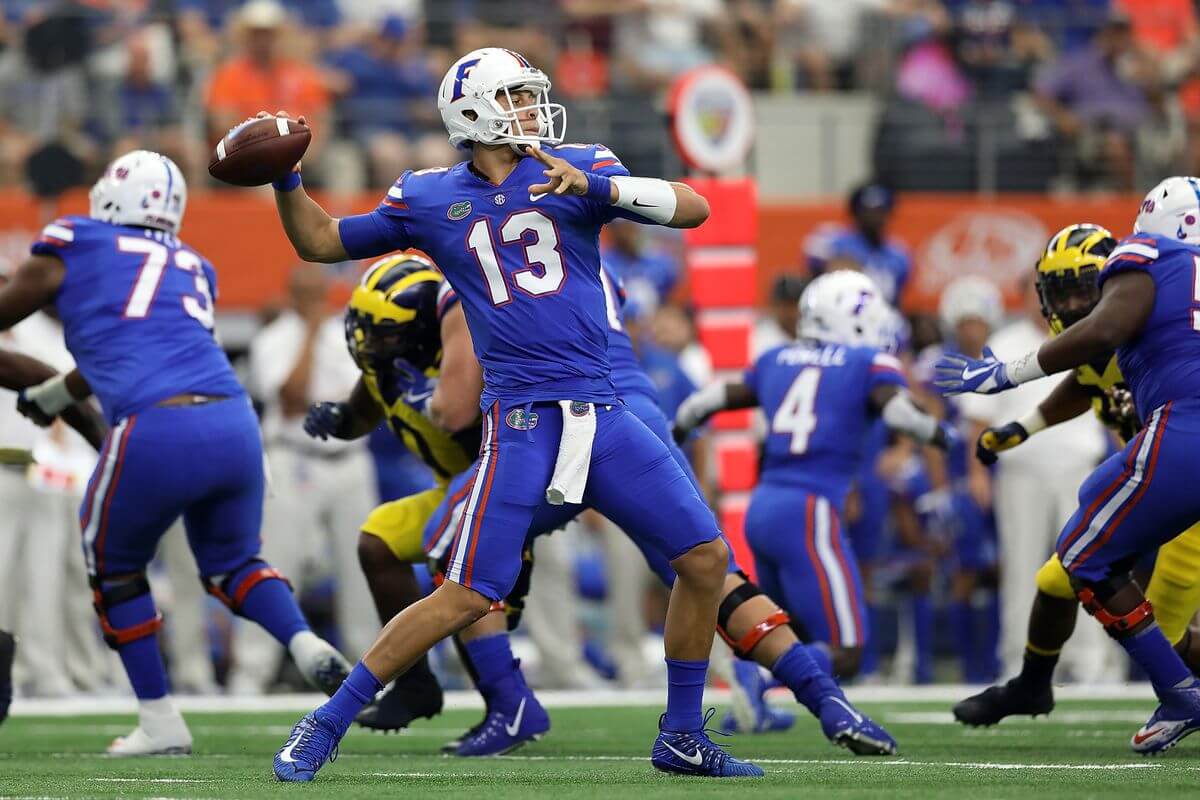 As recently as week three of the 2018 season, Feleipe Franks has been in the doghouse.

Florida had just kicked a field goal in a game it would win 48-10 over hapless Colorado State, but Dan Mullen was irate with his quarterback. With his team closing in on the goal line, Franks had just moseyed over to a few Ram defenders and said something to them he should have, triggering a fifteen yard penalty and costing the Gators a touchdown. After the ensuing TV timeout, SEC Network sideline reporter Kris Budden announced that Mullen subsequently tore into Franks, yelling, “You cost us points. If you want to be my quarterback, act like it.” Budden went on to say that Mullen was also upset with Franks for what he labeled a “pouty face” that week during practice.

All Franks has done since then is guide Florida to a pair of road wins against teams that wanted blood. But now comes the true test.

Go look at the respective schedules for Tennessee and Mississippi State, the last two teams Florida has faced (and beaten). The Vols currently sit at 2-3, with Auburn, Alabama, South Carolina, Kentucky, Vanderbilt and Missouri still to play. The Bulldogs are in an even more precarious situation, as they’re 3-2 with all six SEC West opponents still to play. It’s not a stretch to say that neither team will reach a bowl game this year, and the best that either team can realistically hope for is to go 7-5. So beating those two teams- even on the road- has negligible value.

LSU is a different story.

First, the numbers. The 5th ranked Tigers have already proven their worth with a 33-17 win on a neutral field over then 8th ranked, now 17th ranked Miami in a game that was far more lopsided than the final score indicates, and a 22-21 road win over an Auburn team that remained in the top ten even with that loss because of their win over fellow top ten squad Washington. To boot, LSU’s defense only gives up 334 yards a game, which is good for 32nd out of 130 FBS teams.

Part of what makes that LSU defense so good is defensive coordinator Dave Aranda’s ability to make adjustments, and thus Florida will have to be able to do so as well. Last week, Dan Mullen was able to get his team to move the ball because of the quick screens and flares he called for Feleipe Franks. Which is brilliant, because with a suspect offensive line like the one Florida has and a limited quarterback like Franks, the best way to go is to minimize the amount of work they have to do; taking the snap and immediately firing the ball to the outsides of the field does so perfectly.

But with the amount of success the Gators had with the first few screens they called, it’s ultimately more of an indictment of Joe Moorhead and his staff for not stopping it. You would think at some point, defensive coordinator Bob Shoop would have figured out that he needed to defend the sidelines, but then again, he was the defensive coordinator who was responsible for this, so maybe not. The point is, Aranda and his defense will almost certainly be ready for the screen passes given the abundance of game tape the Tigers now have of Franks having success with them, and so Franks and Florida will have to be able to counter with something else.

Something tells me that Mullen is going to have a trick play or two up his sleeve for LSU, but that’s not sustainable. Florida is going to need a solid game from Franks to win, and they’re going to need a solid game from him without relying on the quick swing passes. Aranda’s not dumb. That play is gone until the Gators prove to be able to beat the Tigers through the air vertically. Franks is going to have make all sorts of different throws in order for Florida to win. Yes, there will be plays where his most advisable option is to check it down, but there will also be plays where he will need to put one up deep down the field, or hit Van Jefferson on a fade route, or find Trevon Grimes right as he’s coming out of his break. He simply won’t win his team this game if he doesn’t make a variety of different types of plays.

It’s going to come down to this. As I said on our latest podcast, in order for Florida to win, Feleipe Franks will have to play 95% of his snaps (that aren’t handoffs) as well as he reasonably can. That doesn’t mean he has to complete 19 of 20 passes for 30 yards each, but it does mean he has to be smart. If, on one snap, the protection breaks down, and Franks can get away from it enough to throw the ball out of bounds and avoid a sack or a turnover, that’s one for one. If on the next snap he’s flushed out and has to run, and he scrambles for two yards instead of throwing a pick into triple coverage, that’s two for two. Basically, if he drops back with the intention to throw on 40 snaps, he’s allowed to do something that elicits an “Oh, come on Feleipe, what are you doing?” twice, and must play the remaining 38 of those 40 snaps as perfectly as the situation allows him to.

Of course, while some of that is simply tucking the ball and scrambling, throwing it away, or even taking a sack, that also means Franks is going to have to make some of the throws he’s sometimes made and sometimes missed so far throughout his career. Yes, he’ll have to do the smart thing and cut his losses at times, but he’s going to win this game only if he steps up, accurately reads the defense, goes through his progressions, and proves to be able to connect on passes more than 10 yards down the field.

This is Franks’ chance to silence the naysayers from both his own fanbase and opposing fanbases. This is without a question the biggest game he’s ever participated in so far. And this is the kind of stage where succeeding will lead to an eternal spot in Gator lore.

2 thoughts on “For Feleipe Franks and Florida, LSU game is Judgment Day”