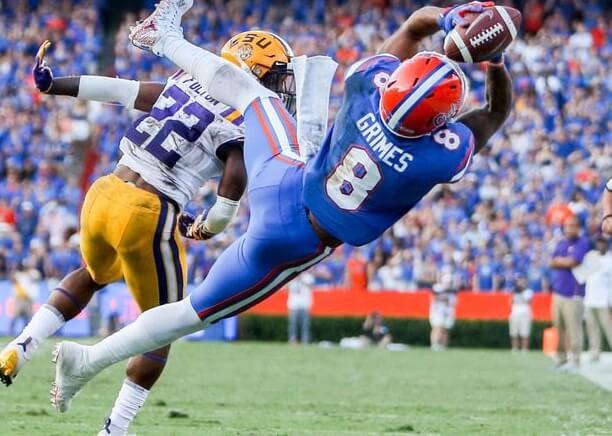 Much has been and will be made of the various departures Florida’s wide receiver corps will suffer following the 2019 season. But now we know for sure that at least one top underclassman pass catcher will be back for 2020.

To the delight of Gator fans everywhere, Trevon Grimes has announced his intentions to return for his senior season. The Ohio State transfer reeled in 33 catches for 491 yards and three touchdowns in 2019 despite the presence of of six other dependable receivers in the offense. He also caught 26 passes for 364 yards and a pair of scores for the Gators in 2018.