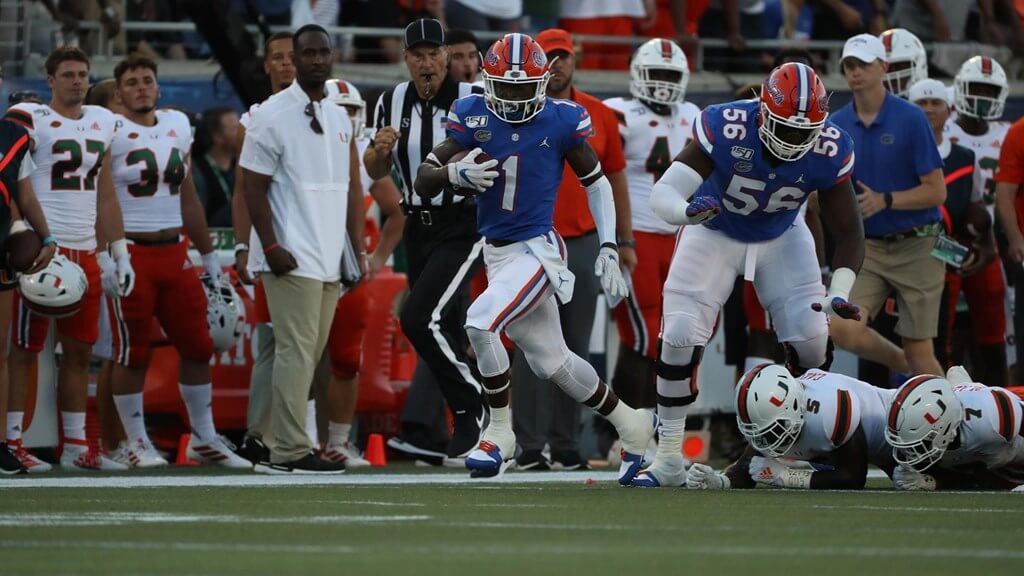 Florida will return yet another key piece of last year’s team in 2020, as Kadarius Toney has announced that he will be back for his senior season.

I would like to announce that i will be returning to be a Gator another year..2020 We Got Goals To Accomplish and I Wouldn’t Want To Miss It For The W🌍rld..I den came this far…it ain’t no stoppin now…it’s a Lifestyle..#SplitW🌍rld..OUT NOW!!! 🦅🔥Song :Yung Joka-Lifestyle pic.twitter.com/snzYq4jWeu

Toney’s stats were limited in 2019- he touched the ball just 22 times for 253 yards- due to a shoulder injury that kept him out for over a month, as well as a deep wide receiver corps. But his ability as a playmaker has never been something that’s been up for dispute. Though his vision and patience as a runner are admittedly not the best, he makes up for it with the raw, pure explosive power that makes him a legitimate threat to add six points to Florida’s side of the scoreboard at any given moment.

Now, Florida’s receiving corps looks to be in great shape in 2020. Yes, the Gators will lose a quartet of seniors in Van Jefferson, Freddie Swain, Josh Hammond and Tyrie Cleveland. But Florida will also get Trevon Grimes back, as well as potential breakout sophomore Jacob Copeland and Kyle Pitts, who could be the best tight end in America. Four of five offensive linemen will be back, too. And of course, the man at the controls, quarterback Kyle Trask, will be back to lead the operation.