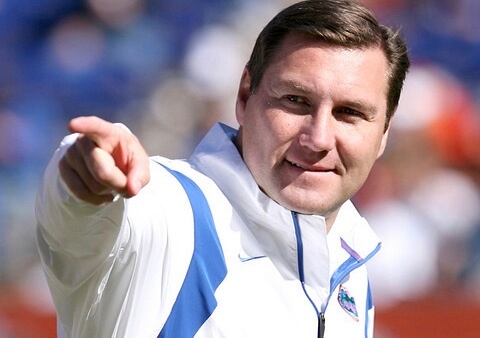 Florida’s new coach will be an old friend.

Dan Mullen has signed a deal to the 27th coach of the Florida Gators. UF athletic director Scott Stricklin imported Mullen from Mississippi State, where he worked with him since he had a hand in his hiring in December of 2008 and was his direct boss since 2010.

Mullen is expected to make $7 million a year, plus bonuses should he reach certain benchmarks like winning the SEC, reaching the CFP and winning the national championship. Part of his deal is expected to include a large budget for him to hire assistants.

Though perhaps not the grand slam home run that Chip Kelly would have been, Mullen checks off more boxes than anyone else in this coaching cycle. His four years at Florida and nine more at Mississippi State mean he’s more than familiar with the workings of the SEC. Those aforementioned four years at Florida- during which he coached Tim Tebow to a pair of national championships and a Heisman Trophy- mean he’s more than familiar with the particular school in the SEC that he’s now set to coach. And they also mean he’s familiar with recruiting the state of Florida.

On top of that, Mullen is a proven offensive guru, having been handed the keys to Urban Meyer’s offense and wrung a Heisman winner and two national championships out of it in four years. He proved at Mississippi State that he could win even without the likes of Tebow, winning more than the MSU fan base could have ever dreamed of with Chris Relf, Dak Prescott and Nick Fitzgerald at the controls. His development of those three guys at a lower tier school is more than enough evidence that he can have success at a top tier school like Florida.

I believe the best way to describe Mullen is as a blue chip stock. He’s not the biggest fish in the sea, but with the resources of a school like Florida he could be. This is the ultimate safe pick, the Apple or Google of stocks. Not much of a risk, and there’s a low range of high odds- say, 80-90%- that he’ll be successful. It’s not the sexiest hire- but he should perform.

And after the colossal flops from Jeremy Foley in hiring Will Muschamp and Jim McElwain, that’s just the tonic the doctor ordered for this sick and depleted program.