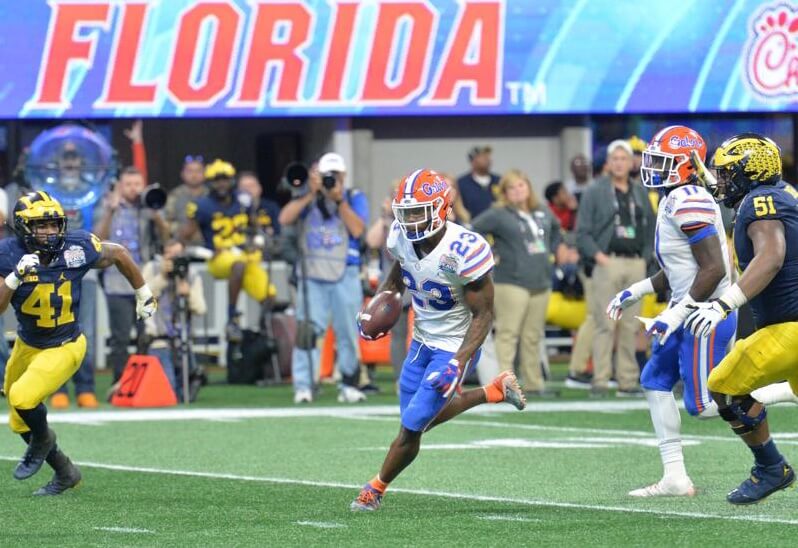 Another Gator is off the board in the 2019 NFL Draft.

Florida safety Chauncey Gardner-Johnson has been selected by the New Orleans Saints with the 105th overall pick (fourth round). He’s the third Gator to get selected this weekend after OT Jawaan Taylor and DE Jachai Polite went to the Jaguars and Jets, respectively, and the 347th all time selection that Florida has produced.

I was a little surprised that he left school early, but not shocked. Gardner-Johnson was a fireplug for Florida and his game was by no means a finished product, meaning that it could have been mutually beneficial for him to return to school. But he’s a father now, and the allure for a paycheck was more than he could pass up- because his versatility definitely gives him value as a fourth round pick.

Gardner-Johnson is far from a plug and play piece into their defense as it stands today, but with another offseason like the one he had leading up to the 2018 season he could be. The big knock on CGJ heading into last year was his tackling, but he ended those grumbles real quick by going from one of the worst tacklers on a putrid 2017 defense to one of the best tacklers on a solid 2018 defense. He could still get better at it- pretty much everyone in college could- but it’s no longer wise to assume that’s a weakness of his. He could also improve at detecting opposing receivers’ routes before it’s too late.

Then there are the positives about him- and lord, are there an abundance of them. Though a little on the small side, he’s insanely naturally talented. He doesn’t lock onto the first wide receiver to enter his range. He’s an all-purpose DB who can play the slot just as well as he can play safety, and he could probably play CB1 if he had to. He’s fast as he is physical. He is an absolute ball hawk- just ask CJ Beathard or Shea Patterson, who he combined to intercept four times- and return half of those interceptions to the house. He’s become an extremely alert and intelligent player, and he gets better as the game goes on. And lastly, that 180° flip of his tackling from a point of embarrassment to a point of pride in a one year span proves his ability to take coaching, as well as his work ethic.

So, get to work, Chauncey. I look forward to seeing you on RedZone.