Gator Basketball Florida assaults Baylor, this time they can’t cover it up 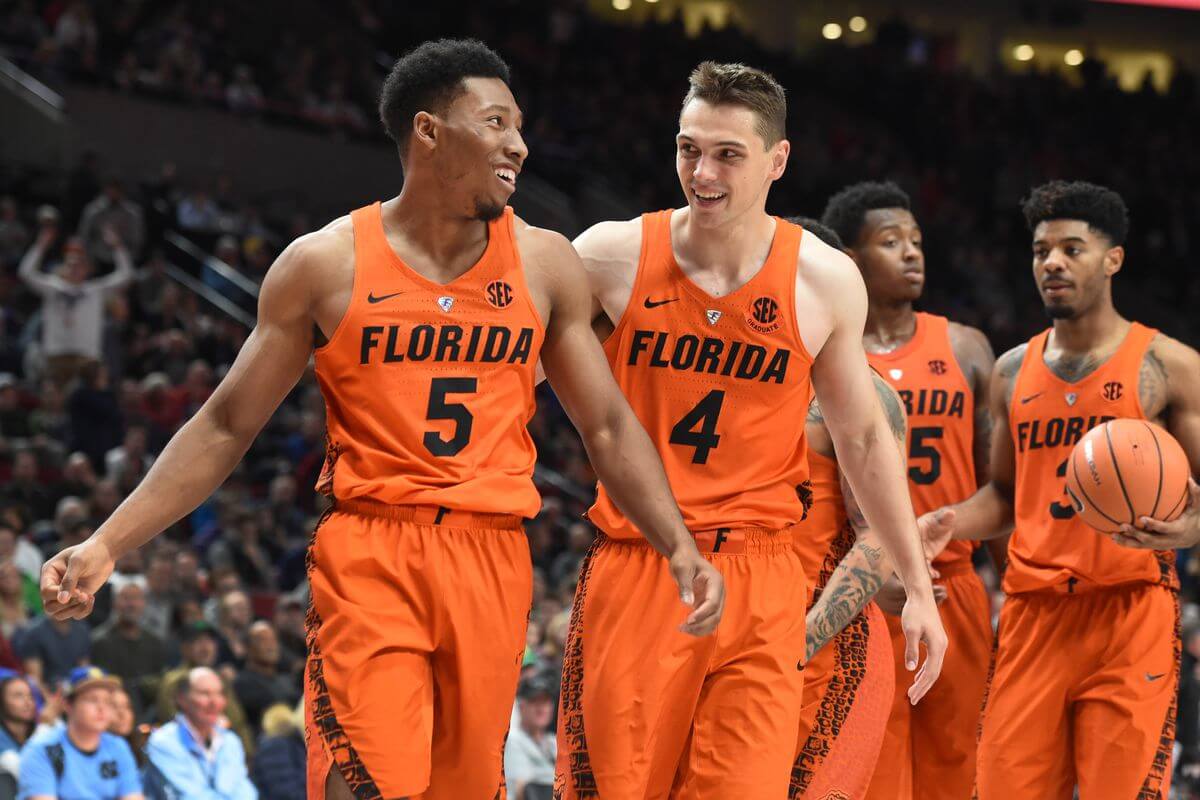 In a matchup of teams South Carolina beat in the Manhattan regional semifinals and finals, Florida crushed Baylor 81-60 thanks in part to 20 points from Chris Chiozza and 17 from Jalen Hudson. The win significantly increases the chances of Florida staying in the rankings next week, and adds a significant line to their NCAA Tournament resume.

Speaking of South Carolina, this looked nothing like the team the Gamecocks beat earlier in the week. The Gators shot 43% in that loss, whereas they finished 52% tonight. Florida also locked down defensively and did a better job contesting the Bears’ shots, holding them to 60 points- and 51 up to the four minute point of the game, when Mike White pulled the starters.

Florida won this game because they jumped out to an 11-2 lead right out of the gate, and never allowed Baylor to climb any closer than nine the rest of the way. There was the faintest, slightest glimmer of doubt when Baylor cut a 58-42 lead down to 58-48 with a 6-0 run by Terry Maston, but that was followed by Hudson replying with ten straight of his own to put the game out of reach.

The Gators are all but guaranteed to be an NCAA Tournament at this point, and we all know anything can happen in March Madness (most recently #8 seeded Wisconsin stunning #1 overall seed Villanova) so I can’t really bring myself to care about Florida’s seed too much. The concerning thing is that you never know which version of Florida will show up on a given night, so it’s hard to couch this as a good sign when this season’s ebbs and flows suggest it could merely be the latest in a roller coaster pattern.

But if nothing else, right after an awful performance against the Gamecocks, this was good to see. Hopefully this is the game that sees the switch flip on for this team- and stay on.

2 thoughts on “Florida assaults Baylor, this time they can’t cover it up”