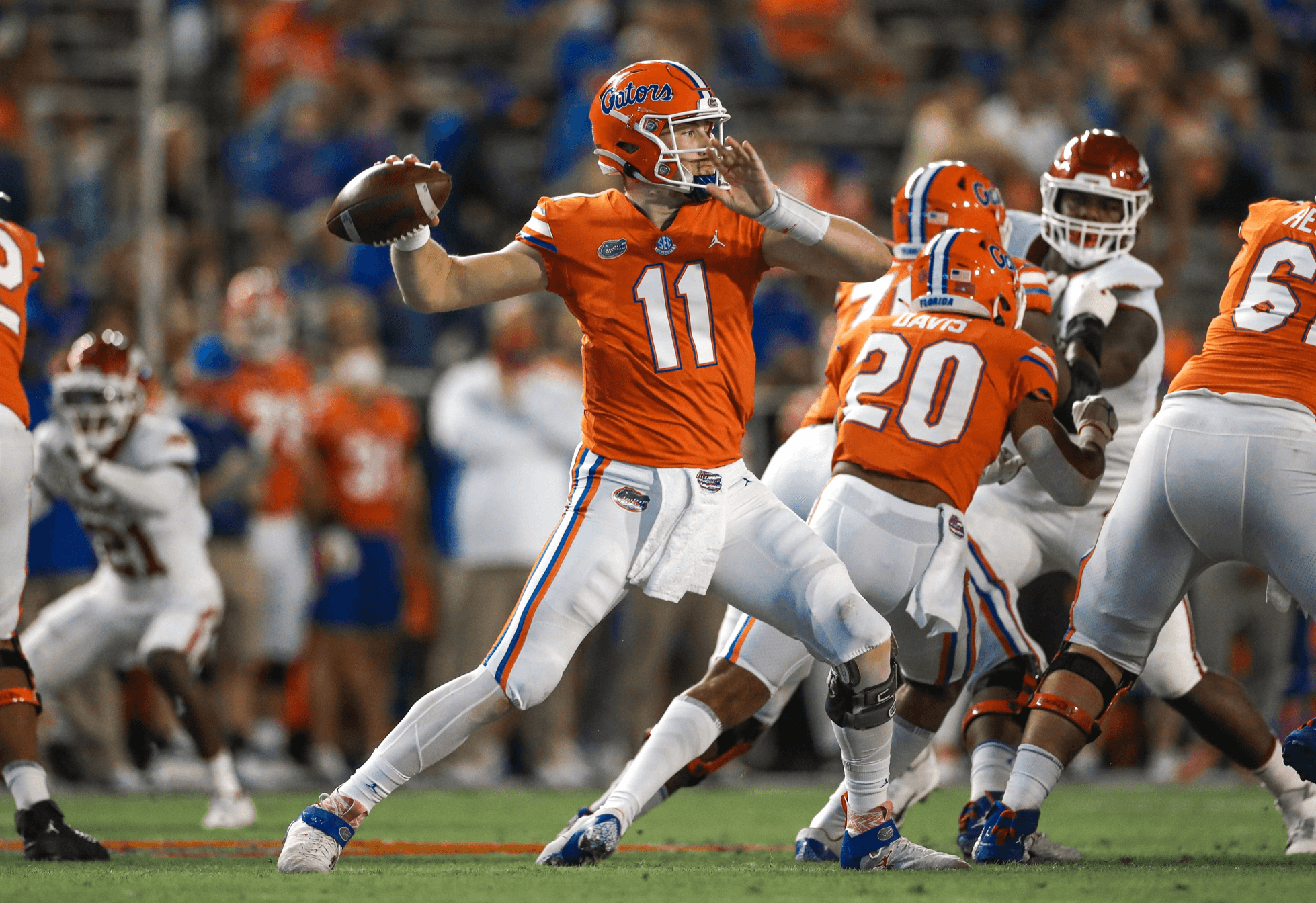 Florida earned its most lopsided win of the season over Arkansas, and former quarterback Feleipe Franks, 63-35. What stood out most along the way?

After several years of hyping up various quarterbacks as Heisman Trophy candidates, Florida fans finally have one with not only a shot, but a really, really good shot to do so. Trask came into this game very much in the mix and left it with others needing to prove that they can keep up with him. He fried the Razorbacks’ defense with a stat line of 23/29 for 356 yards and a half dozen- yes, as in six- touchdown passes, and assuming he even comes close to matching those numbers the rest of the way, he’s a shoo-in to be named a finalist. Aside from that, the only question left is: does he have enough games against respectable competition to lock it up?

Florida’s defense was fine, but needs to clean up the busted assignments

Alarm bells may reasonably be raised when you see that Arkansas picked up 458 yards against Florida. But context is key. Nearly half of them (212) came on three broken plays by the defense in which one or two players missed their assignments and were responsible for long-strike Razorback touchdowns- two of them long bombs from Franks to Mike Woods and the other one a long run by Trelon Smith. That’s not to say those plays were any more tolerable- double moves can’t be bitten on and tackles can’t be whiffed on against Alabama- but the Gator defense doesn’t need to undergo a complete top to bottom overhaul between now and mid-December. And no- though there is certainly plenty of evidence to hold in the case against Todd Grantham, this game is not part of it.

…speaking of which, Florida’s defense was excellent on third down

How about this for a takeaway: Florida’s defense, which has been notoriously bad at getting off the field on third down under Grantham, only letting Arkansas convert a third of them? Well, that’s what happened! The Razorbacks faced nine third downs on the night and only moved the chains on three of them, and one of them came on the first drive of the game. And on another one, the Gators subsequently snuffed out the Razorbacks’ fourth down play as well to earn a turnover on downs. This defense still cannot reasonably be called excellent as a unit, but… baby steps.

Welcome to Kyle Trask’s Heisman reel, Justin Shorter! An incredible grab by the Penn State transfer in the end zone midway through the second quarter served as not only an early dagger wound to the Hogs but a reminder that Florida’s wide receiver group is still pretty great even after losing a key quartet of playmakers from last year’s team. Xzavier Henderson also came through and earned his first touchdown as a Gator on a sure-why-not-let’s-run-it-up throw from Emory Jones late in the game. And Keon Zipperer- with three catches for 47 yards and two touchdowns- proved to not be particularly fun for opponents to deal with at tight end.

The verdict: Florida’s going to be fine without Kyle Pitts for as long as he’s out

…with one caveat, of course, being that Florida (like any team) will use all the help they can get against Alabama and in the College Football Playoff- and he won’t be out that long. Until then, though, the Gators aren’t going to need Pitts. Oh, sure, you’d love to have him; he’s an elite talent who’s a mismatch nightmare. But the Gators won’t need him to beat Vanderbilt, Kentucky, Tennessee and LSU. Florida’s got a plethora of other legitimate weapons in its arsenal to choose from, a Heisman Trophy frontrunner at the controls, an offensive line that’s quietly getting better and better and a defense that’s gradually made the improvement from “the worst defense in the SEC” to “just plain bad” and now to “serviceable.” And, oh yeah, the best kicker in the country.