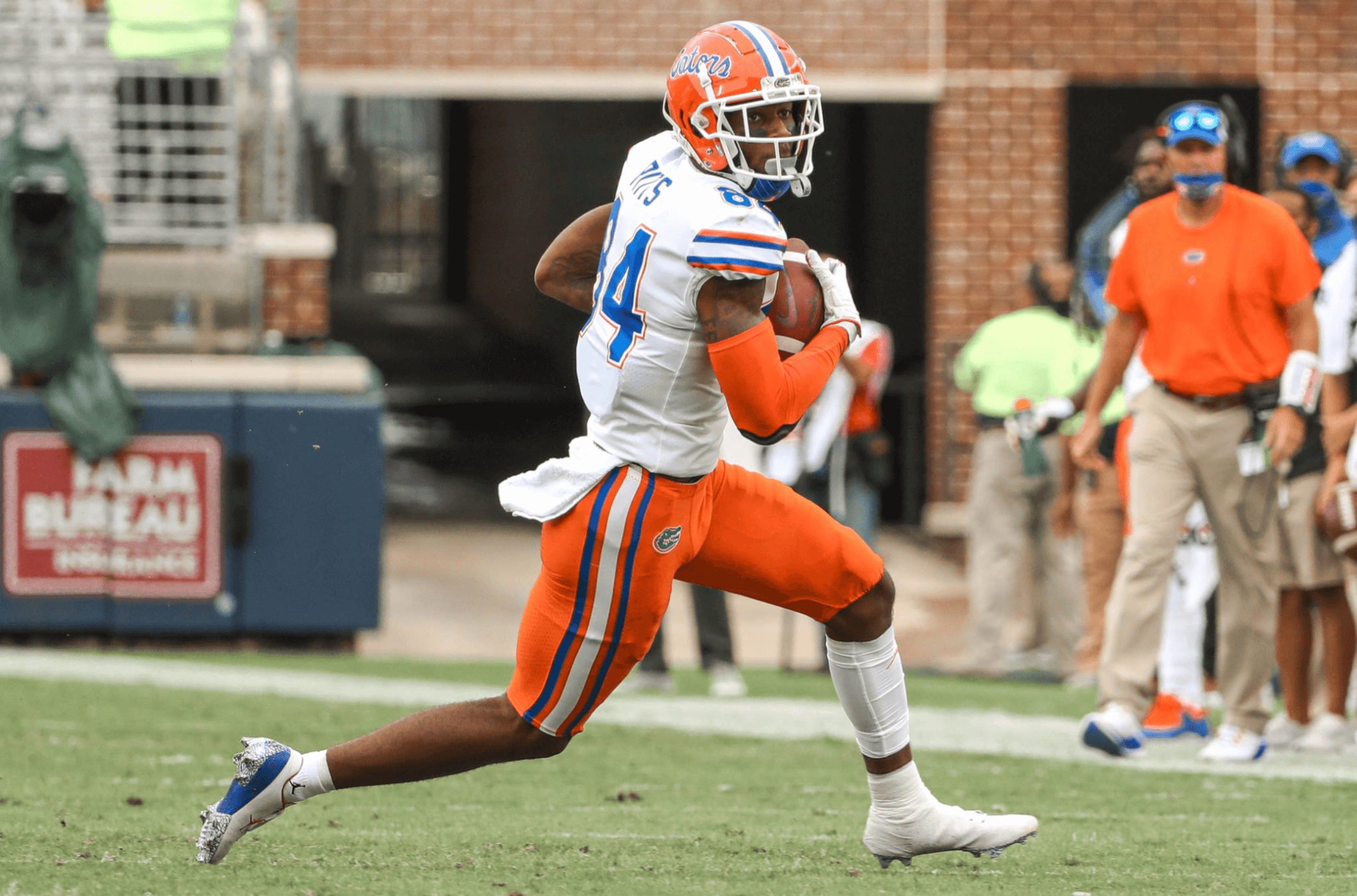 The Gators opened their 2020 season with a somewhat convincing 51-35 victory over Ole Miss in Oxford. In doing so, Florida knotted the all time series score against the Rebels at twelve wins apiece.

Here are my five initial takeaways from the game:

Kyle Trask is sharper than ever

The Manvel, TX native wasted no time kicking off his Heisman campaign. He went 18-25 for 241 yards and four TDs in the first half and promptly added to those numbers with a 71 yard bomb to Kyle Pitts two plays into the second half. He’ll face better defenses than this moving forward, but this was a statement start to his 2020 season. Trask’s day concluded with him going 30-42 for 412 yards and six touchdowns and as long as his line provides adequate blocking, those numbers aren’t likely to be a fluke.

Kyle Pitts is the best tight end in the country

Oh you think that’s hyperbole? Here, let me clarify my statement a little more: it’s not even close. Pitts had what many considered a breakout year in 2019, but he looks primed to eclipse those numbers even in a shortened 2020. In fact, he’s one touchdown short (four) of matching his 2019 total (five) after one game in which Ole Miss never could figure out what to do with him. No matter how much attention they paid to him, Pitts made play after play against the Rebels, including taking the ball away from a pair of defenders for the fatal touchdown catch. He finished his day with eight catches for 170 yards and four touchdowns— and though Ole Miss has one of the weaker defenses Florida will face and these numbers will be difficult to match on a weekly basis, he’s going to continue to thrive as long as he stays healthy.

Malik Davis has reclaimed a role in the offense

One game isn’t enough to proclaim that he’s back to his 2017 form. But he also did nothing to dissuade me from thinking that he might be. Davis was a bull for the Gators, churning out 49 yards on seven touches and breaking— by my unofficial, first look count— four separate tackles. As is the case for Trask and Pitts, he’ll face better defenses, and Dameon Pierce and NayQuan Wright are going to get more than their fair share of touches. But at worst, Davis is officially a part of this Gators’ ground attack— and that’s just great to see after his health battles the last couple of years.

The tackling was even worse than expected

Sure, not having Shawn Davis, Brad Stewart or James Houston IV is not going to help matters for the defense, but that’s no excuse to miss tackle after tackle for three and a half hours. More live tackling reps tends to mean shored up mechanics and therefore improvement as the season progresses, and that’s what’s happened after dismal tackling performances early in each of Mullen’s first two years. So I do expect improvement, just the way I expected the Gators to struggle in this department— but this was bad. Really bad.

All things considered, this went about as well as one could’ve realistically hoped. Down three defensive starters and sans spring practice, the tackling issue was very easily predictable. But Florida’s defense did make some stops, including Brenton Cox batting down a pair of passes on back to back plays— the latter of which Gervon Dexter alertly picked out of the air. Though Ventrell Miller did get beaten once in pass coverage, he made a whole bunch of plays all over the field to make up for it. And even without four key receivers from last year, Florida’s offense is still a well-oiled machine with more playmakers than opponents know what to do with. The Gators weren’t perfect, but they did do enough to justify their top five ranking.